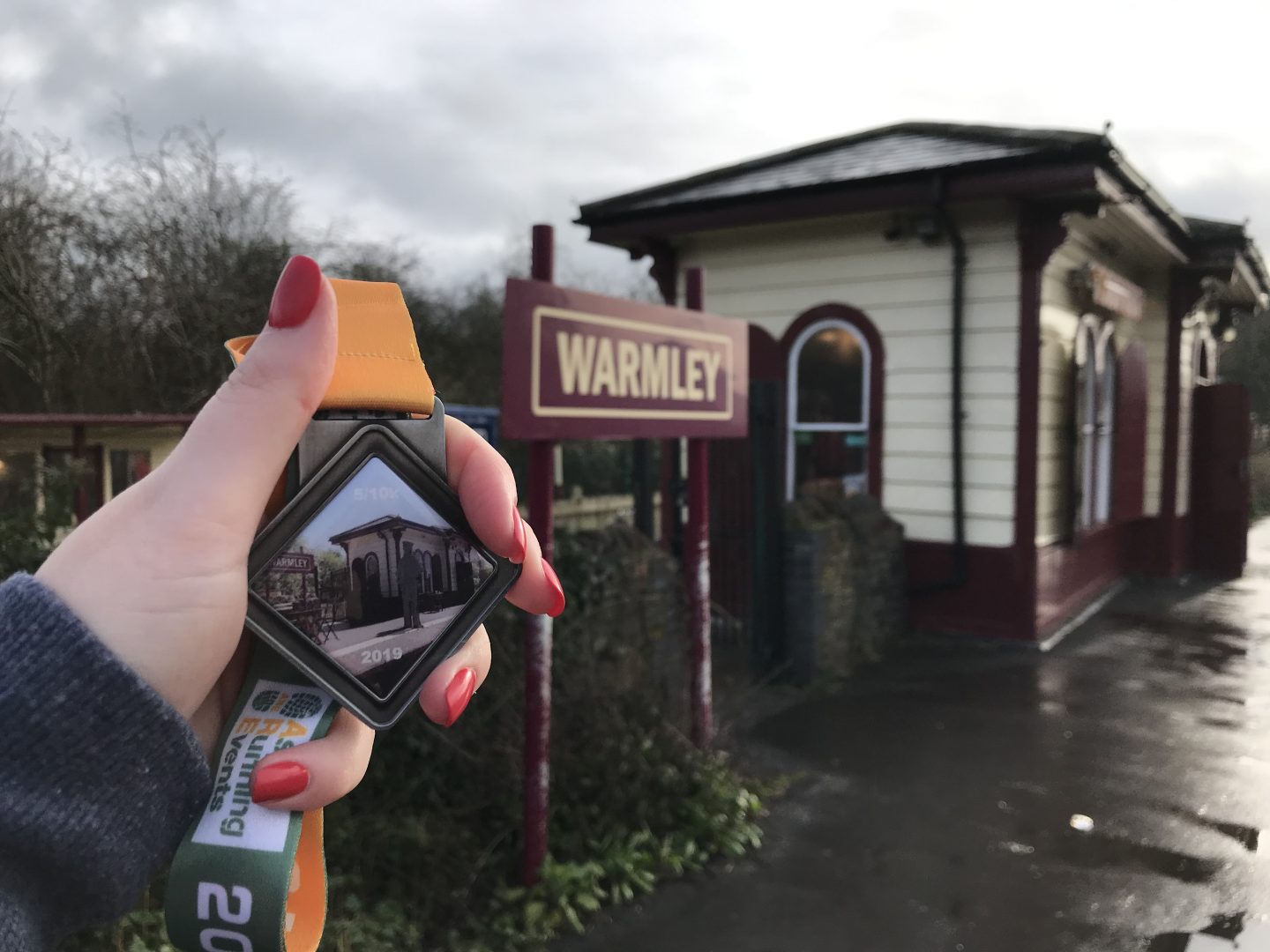 This week I ran my first race of the year, realised that my calves hate me, wrapped up RED January at work with a plank challenge and hula hoop challenge and met some cute puppers along the way!

If you don’t know what Run Every Day January is, check out this post here which will give you information on how daily activity can help your mental health and how you too can raise awareness of the positive benefits to help others.

To read more of my blog posts for my RED January journey check out these posts below:

I feel like I’ve been taking this challenge a little too easy by doing a mile minimum every day so I decided to ramp it up a bit (not too much I’m not crazy) and try for around 2 miles.

Today’s run was brutal too. It was pretty darn cold and the wind was almost unbearable. I tried to put my head down and run through it but I felt like I was running in custard. Which would be awful because I HATE custard!

I’ve realised some very important things about myself during this challenge (I’m going to share them all in my RED January summary next week) but here are a couple for now. 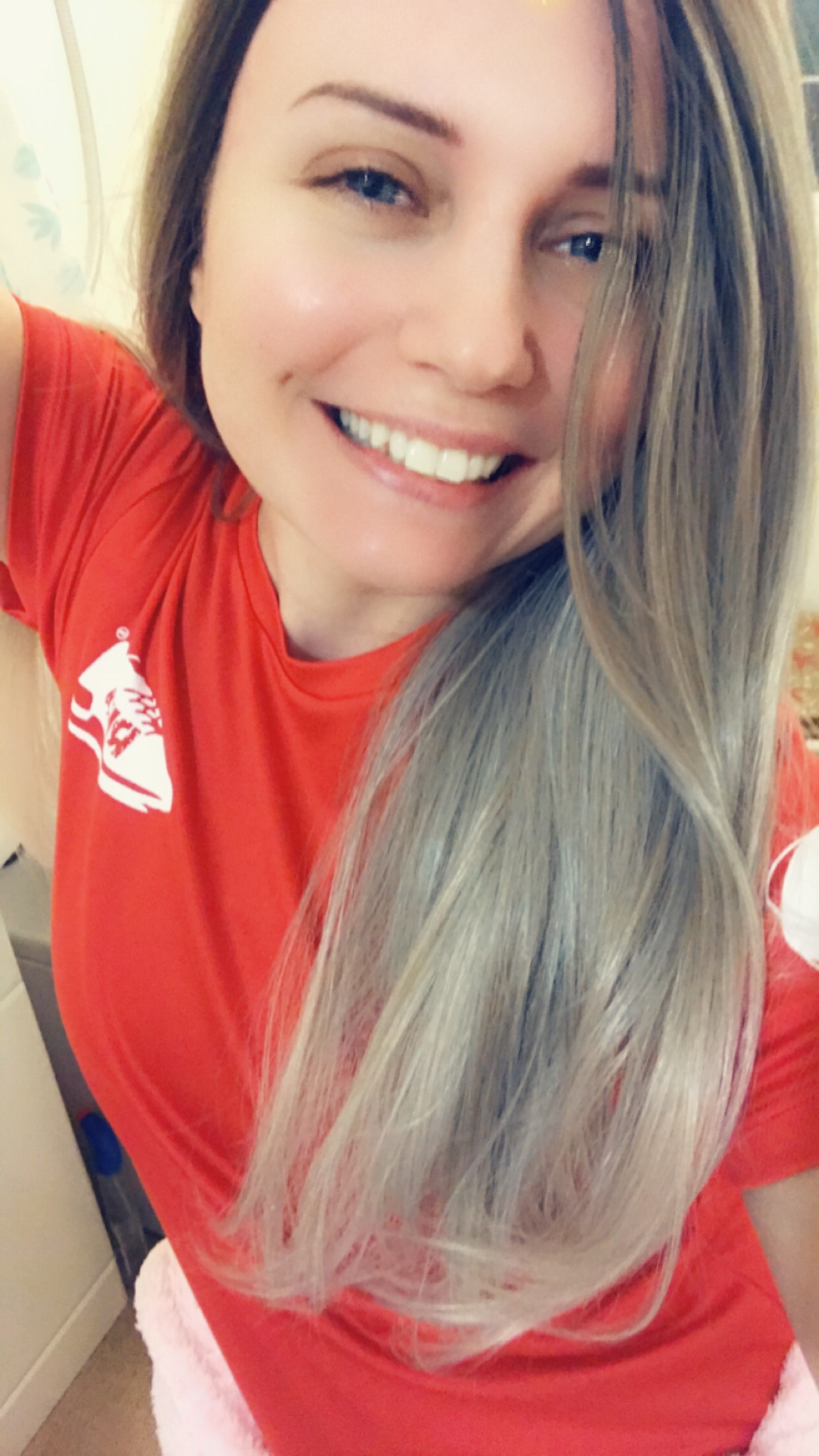 1. I’m actually scared of my own shadow. There’s one stretch of path I run along where there are lots of streetlights which gives me around 4 shadows and one of them is right behind me. EVERY TIME I run this section I have that couple of seconds of panic where I think my own shadow is someone about to grab me. I’ll never learn.

2. My calves hate me and I need to stretch more. During today’s run, my calves were absolute agony it’s a wonder I managed to run at all they were so tight! I had to stop about 3/4 a mile in and try and stretch them out but I felt like I was hobbling more than I was running.

3. I’m really proud that I’ve made it this far. While I am a very determined person and I am my biggest competition, I was sure there were going to be days that I actually couldn’t get out and run or I was sick or I felt I hadn’t eaten enough etc. I’ve shared in the previous RED January weeks how much of a procrastinator I am and while that has been an issue some days getting out of the door, I’ve gone (some days as late as 9pm) eventually!

It sort of makes me feel like I need to continue with this streak once the challenge is over because I’ve resigned myself to doing something every day no matter what and fit it into my daily routine.

Speaking of being a procrastinator, I am terrible at getting up for work on a morning especially in the winter. It’s cold it’s pitch black and my bed becomes 200% more comfortable after my alarm goes off (is this some kind of physics?). So after I got into bed I decided to look for an alarm app that was going to get me out of bed when my alarm went off.

I’ve used alarms that you have to solve maths problems and crosswords before they’ll turn off but my maths is terrible and I wake up grumpy enough! I found one called Barcode Alarm which works by scanning a barcode of something in your bathroom or kitchen and the only way to cease the alarm is to scan said barcode!

I chose a small bottle of shampoo in my bathroom cabinet to scan and it worked a treat! If you’ve got problems getting out of bed I’d highly recommend this! 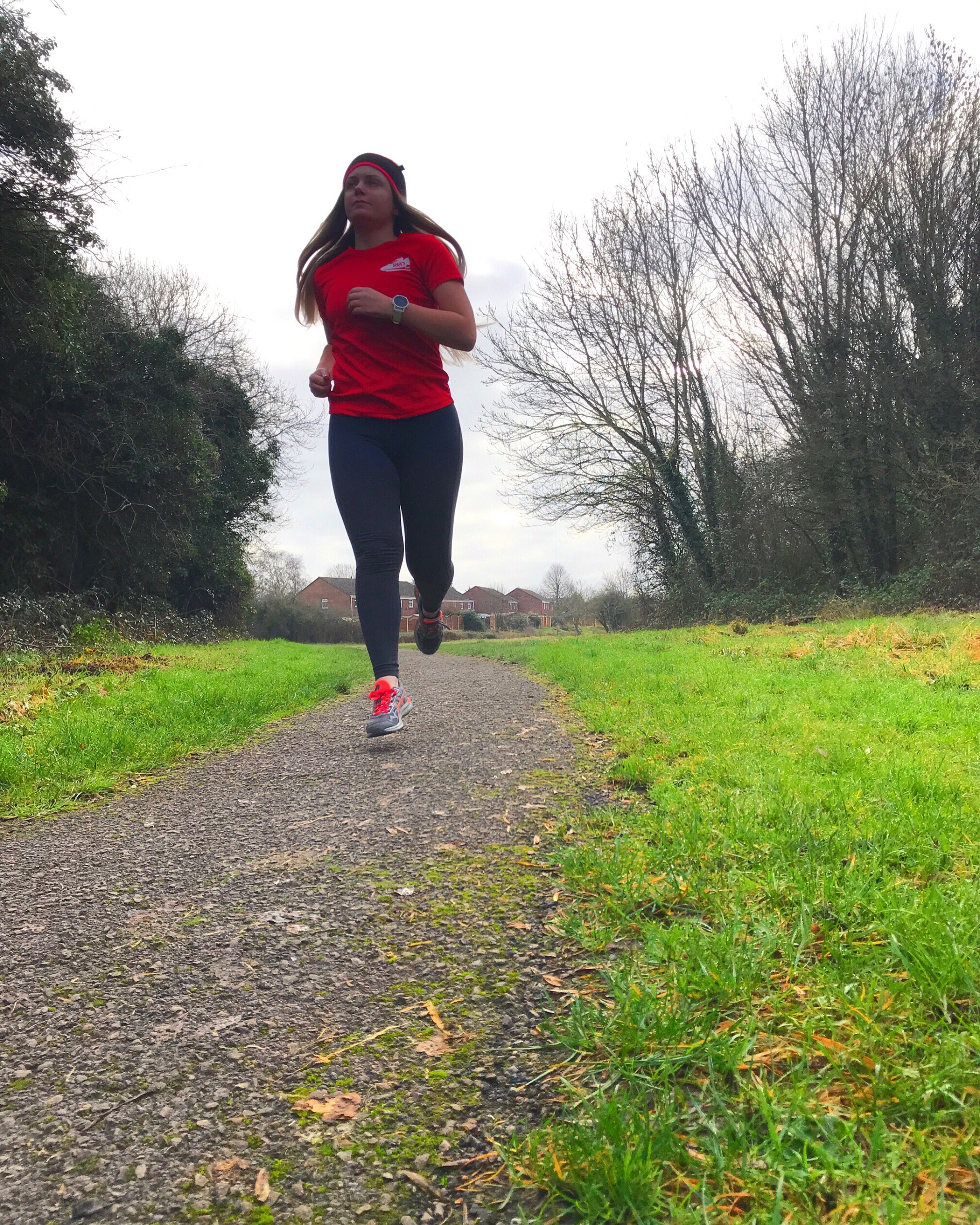 I had a hair appointment not long after work tonight so I came home (zero time for procrastination) got changed and went around the block. It was super cold though the temperatures have definitely taken a dip!

The pavements had frozen in places on tonight’s run so I was trying to run light-footed and try not to slip over.

Something very curious has happened since I’ve been doing RED January. I’m constantly in fear that something is going to sabotage my ability to complete the challenge! My first worry right at the start was an injury so I knew I had to keep my mileage low because I hadn’t run consistently for a few months.

Since then I’ve had the following thoughts while running:-

“That dog just barked at me, what if he chases after me and bites my leg and I can’t run”

“What happens if I get sick. You’re always sick and it would only take the mildest of colds to put you out of action”

I’m clearly taking this challenge very seriously and don’t want to fail but I need to chill with the worrying! 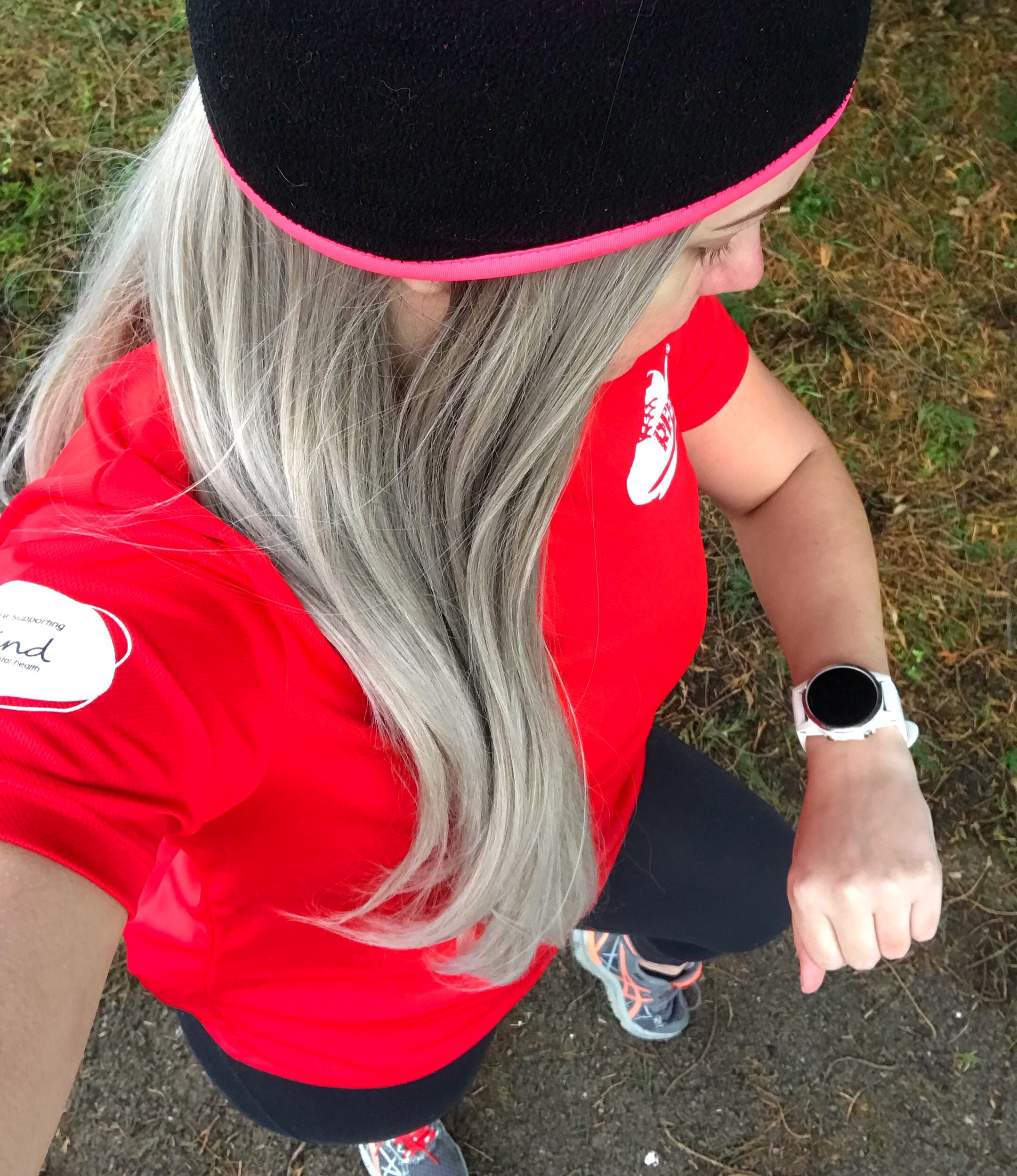 I’ve been very lucky so far that I’ve not suffered from too much of an injury this month. I have had some old flare-ups of some foot pain but it’s not unbearable and I can comfortably run. But today… you know when you don’t realise you have something until that something is giving you trouble.

Like your ears. You know you have ears but you probably rarely think much about them day to day. Then you have them pierced and all you can think about are your ears!

Well, I can tell you I definitely have knees and they were definitely telling me they were there every single step of the way! I’ve never experienced knee pain before and I think my not doing a proper warm up and cool down every day hasn’t helped.

I wasn’t feeling too good tonight, I felt very tired and like I was getting sick! I felt a little strange before I left work and felt hot with a scratchy throat. I came home and sat on my bed and before I knew it I was tucked up under my blanket freezing cold and feeling awful. By the time I’d had a snooze and dragged myself up it was gone 9pm. It’s never too late but let’s face it no great distance was going to be run tonight.

In sewing news, does anyone want to come and sew on the 14 buttons I’ve procrastinated sewing on?? I’ve got a race on Saturday and want to wear it for that so I have to add them all on by then!

We rounded up our final RED January fundraising day today with a hula hoop and plank challenge. While we didn’t get a huge uptake of willing participants we did have tons of fun and we made a little bit of money in the process for the charity Mind. 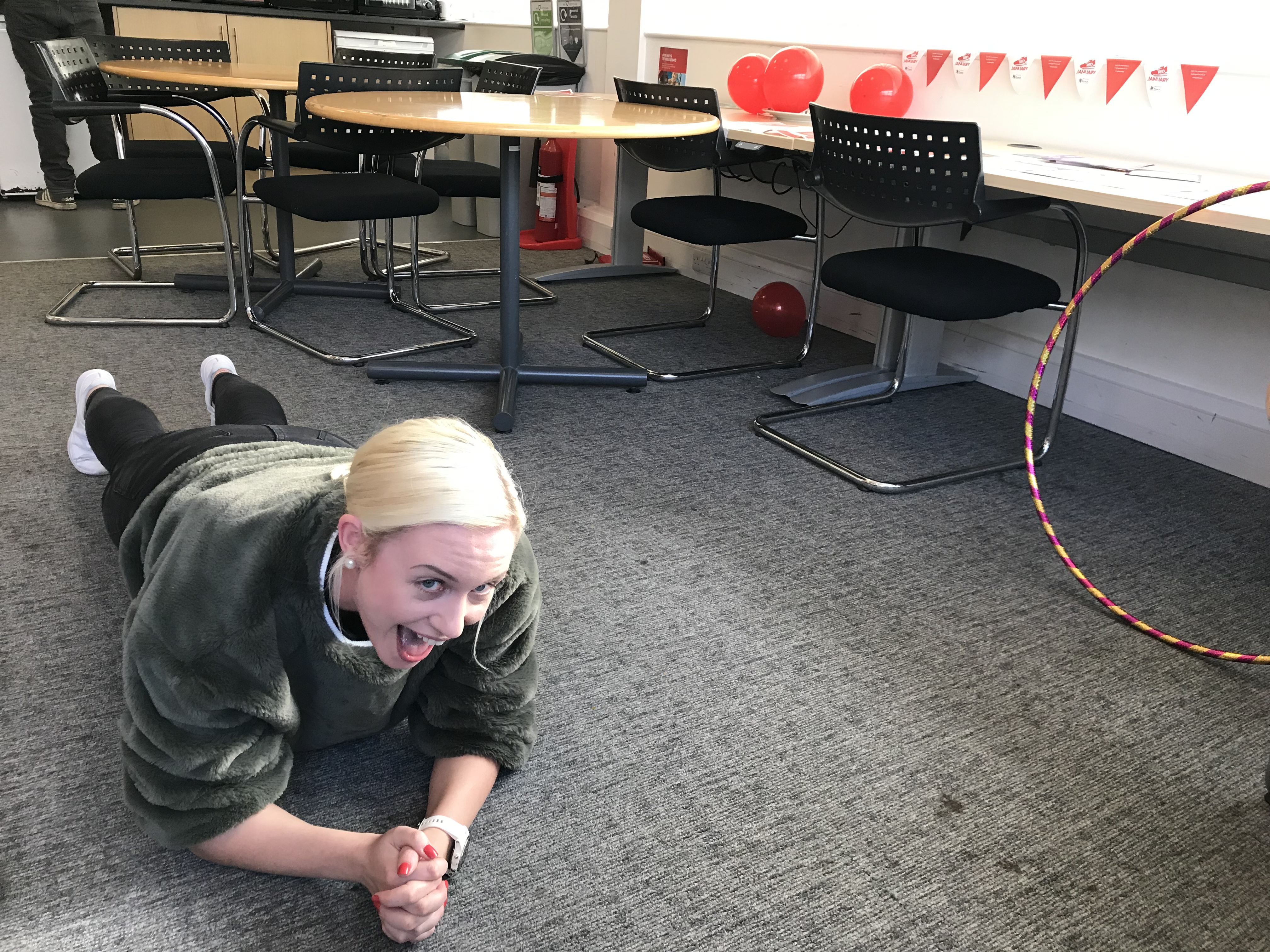 It turns out hula hooping is harder than planking! Our gold medal winners achieved a 5-minute plank and our hula hoop champion broke 33 seconds.

We thought it would be fun to let participants know the world records for both challenges just to inspire them but no one wanted to, or was capable of doing an 8-hour plank or a 70-hour hula hoop!

I did have two attempts at the plank challenge and not having done one for must be coming up to a year I was pleased with my 2 min 9 seconds time while listening to the Rocky theme tune!

Really short run tonight because I didn’t go out until 9.20pm! My knees felt much better today but I didn’t feel too well in myself.

I wasn’t really mentally prepared for this race today and I was concerned that I might fall over especially after they announced at the beginning that it was ‘technical’. Technical translates to me ‘you’re going to fall over’.

My favourite part about today’s race was the Canicross participants. We got to ‘awwwww’ over lots of cute puppers who were raring to go running in the mud! 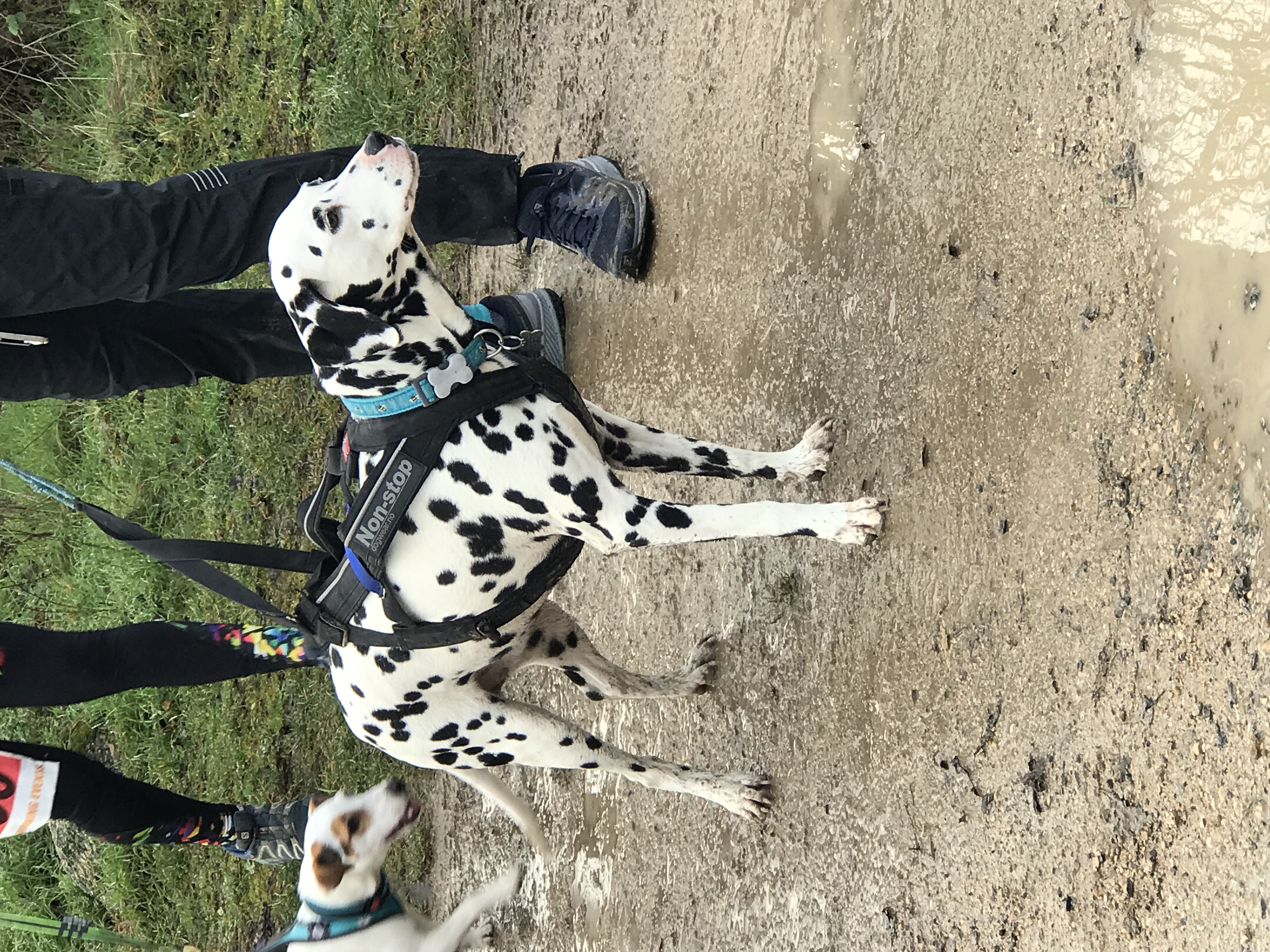 On the short journey to the run, the weather was awful and bleak with rain. I had to contemplate the possibility this might be my first race ever in the rain! But sure enough, it cleared up and we stayed dry.

The dogs set off first on both the 5k and 10k and the main event went just after. The course was 90% on mud or grass and in places, the mud was very thick and very slippery, I’m so glad I had my trail shoes on (this is only their second outing). 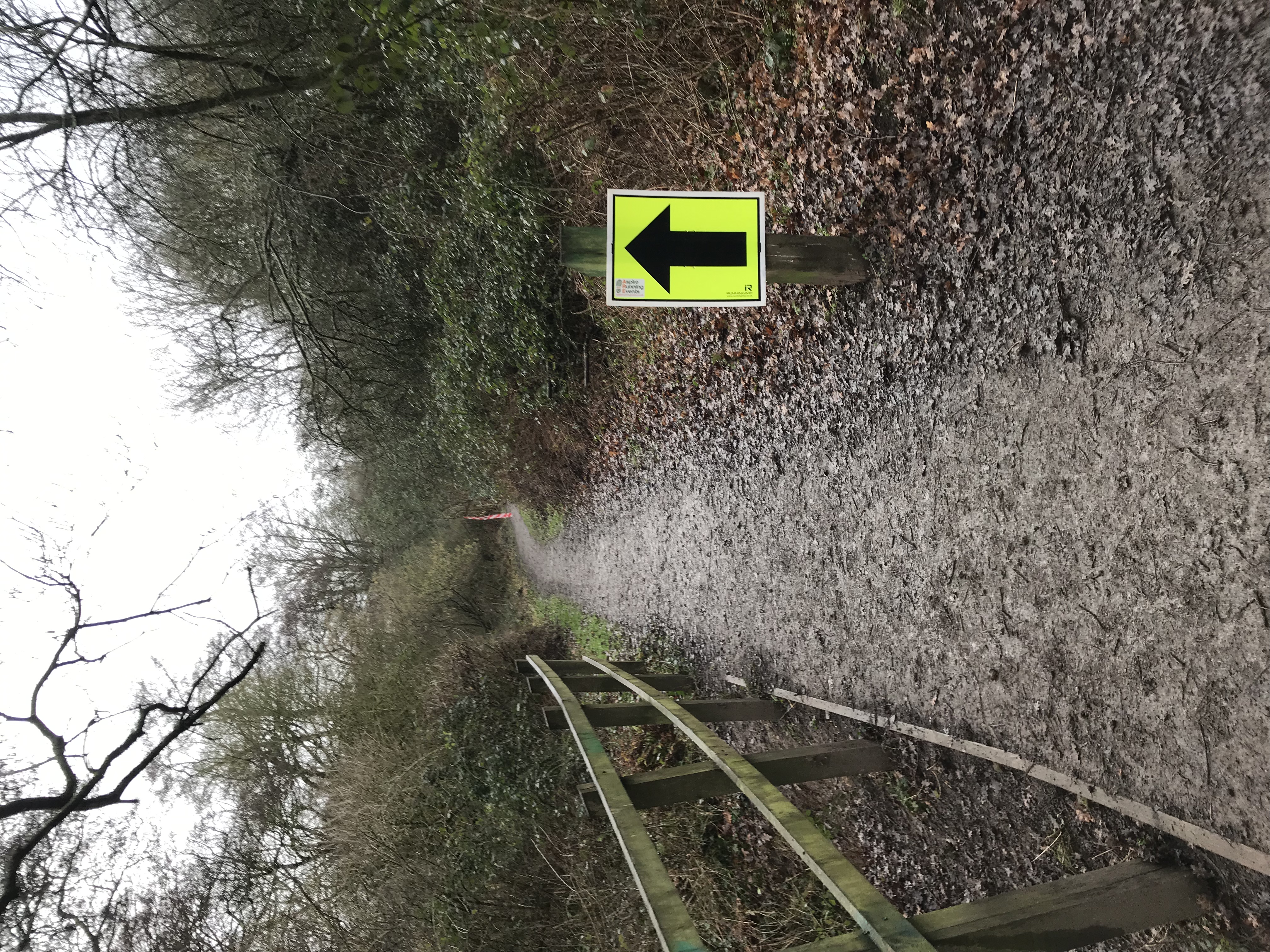 I managed to stay upright the entire race which I was impressed with myself for but I did suffer with my calves which were on fire with all of the hills and mud running. 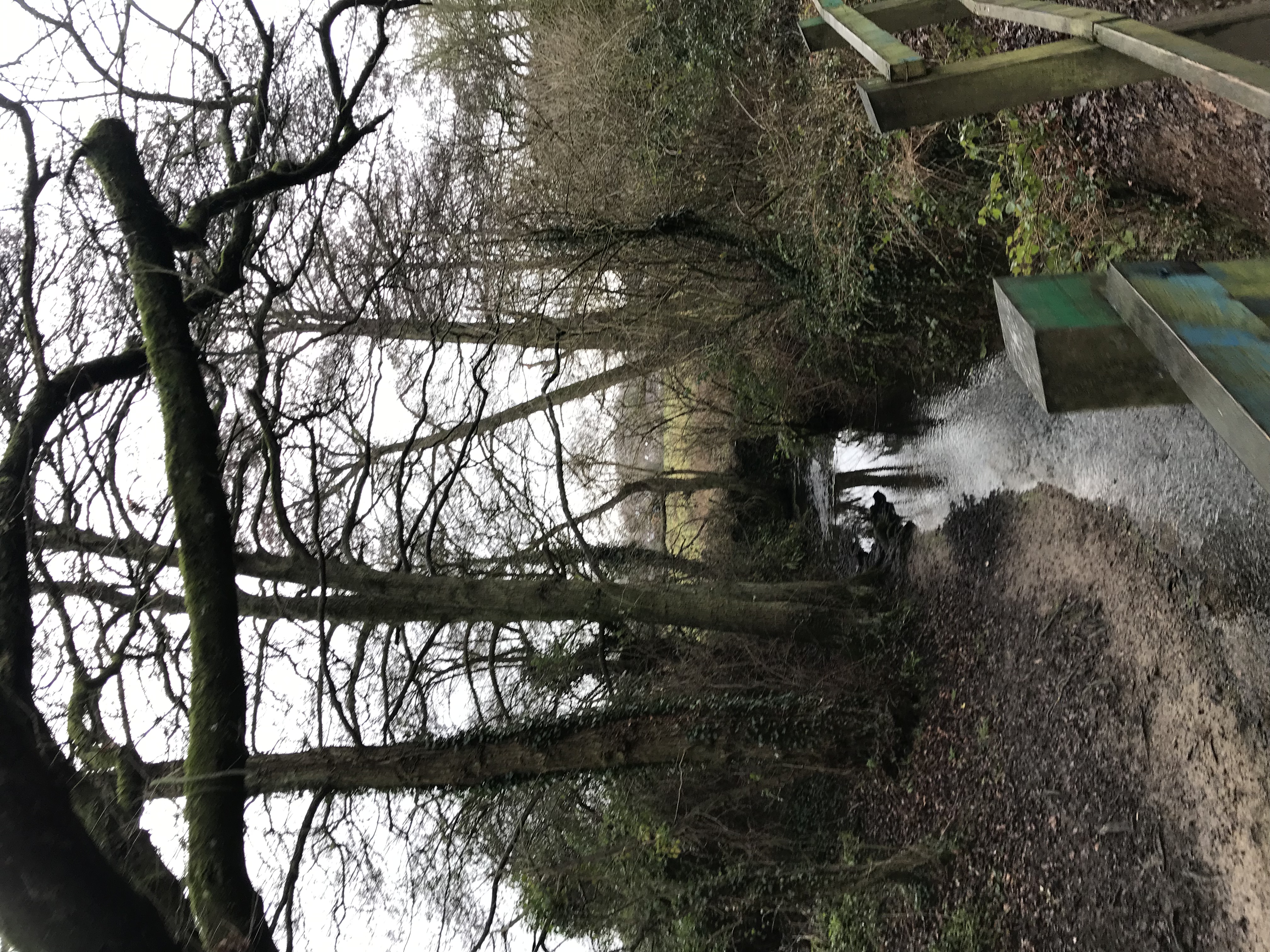 A couple of lovely people commented on my RED January T-shirt and asked if I had really run every day. I kind of wish that there was more on the back to promote Mind because that’s the whole reason behind it. 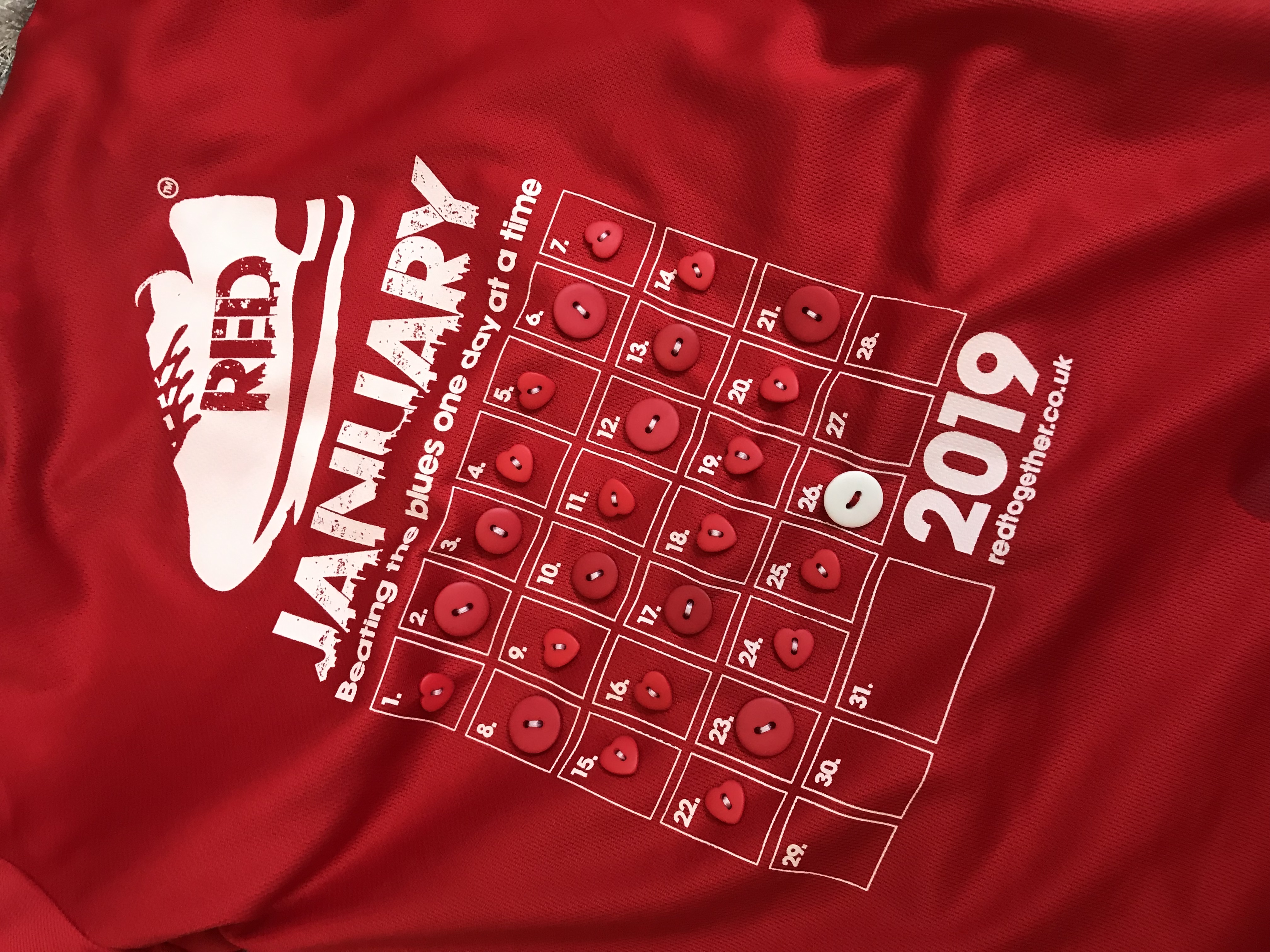 Mum, being the pro race photographer she is, asked one of the Canicross finishers if she could take their picture with him wearing his medal… 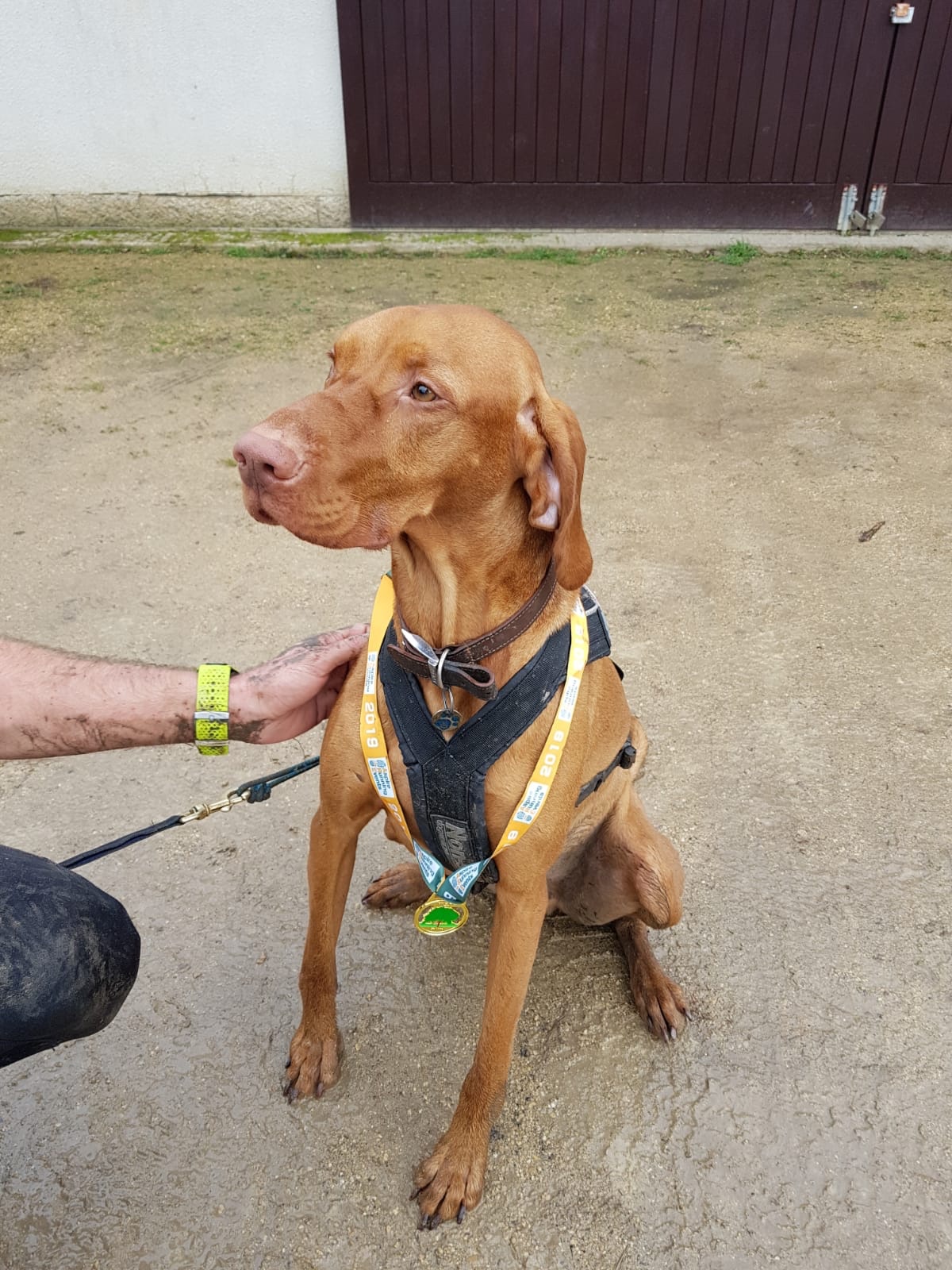 Really lovely race, a great way to end RED January on the last weekend. Getting to see all of the dogs just made it all that much sweeter.

One of the young marshalls around the 4K mark was one of the kindest marshalls I’ve ever had at a race. He was so lovely and wished me a great rest of the race it really made me smile. 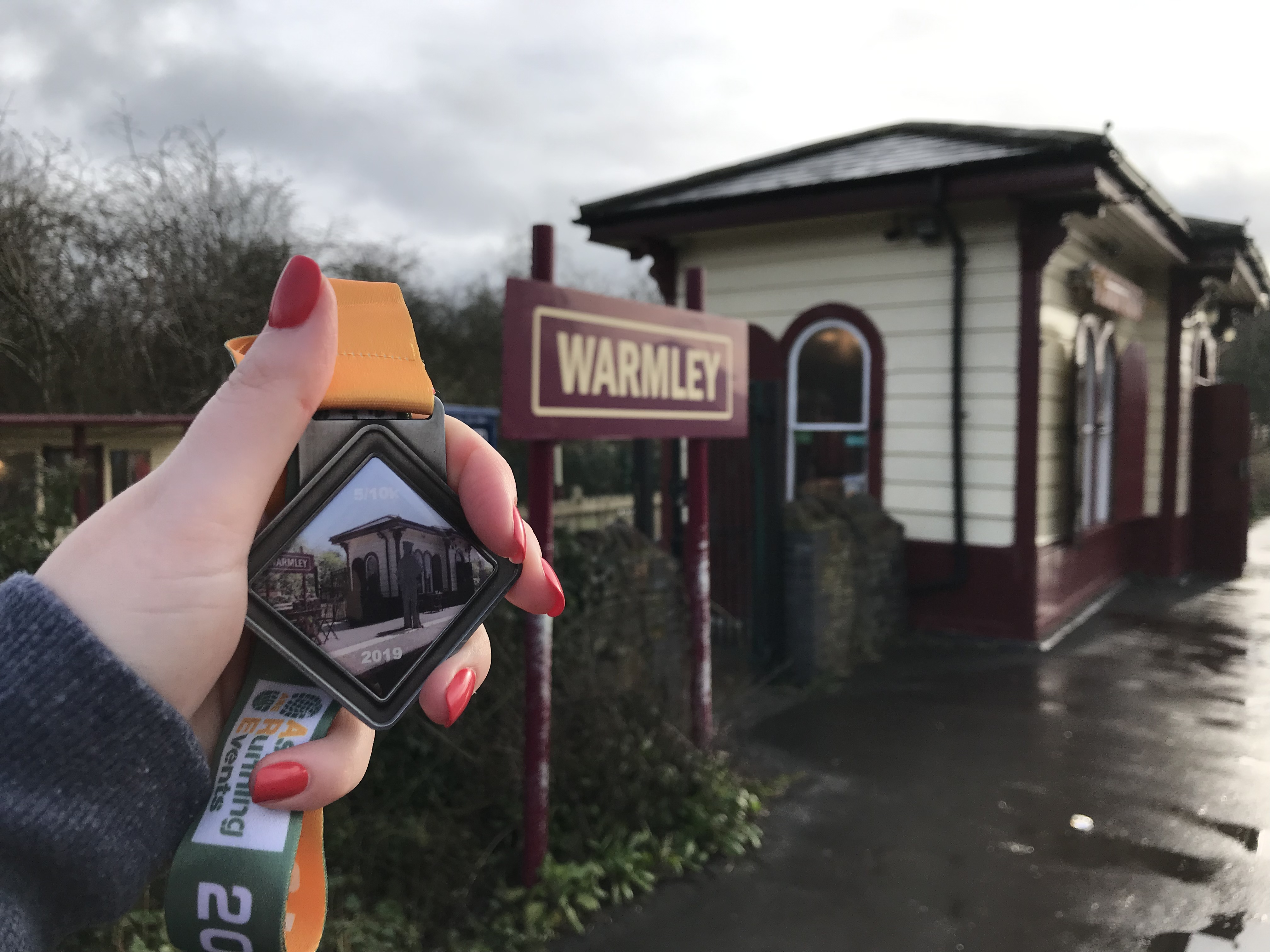 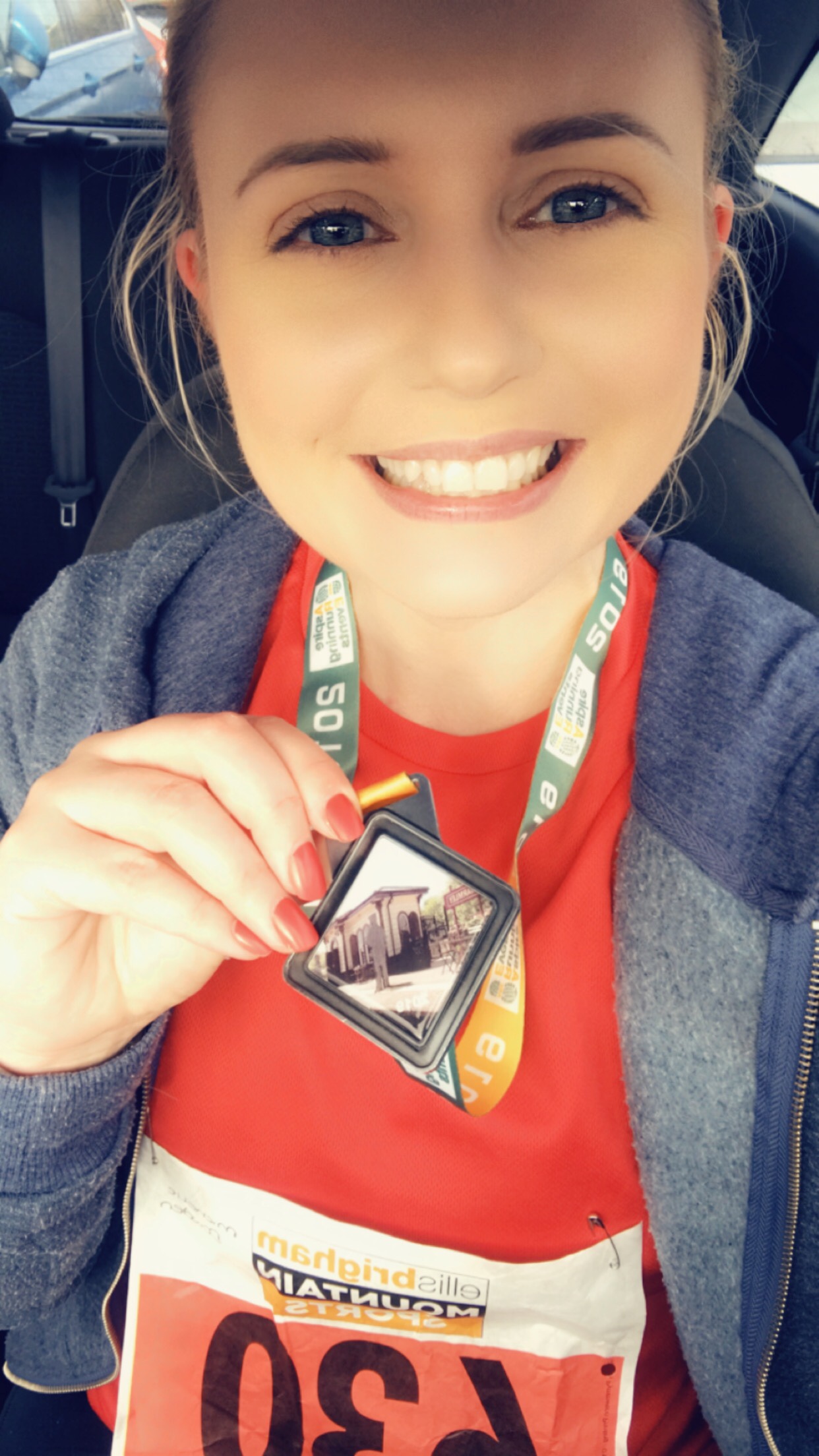 I felt great today! Considering I had a tough race for my legs yesterday I had tons of energy, my legs felt fine and I was enthusiastic. There were blue skies and it was cool but not too cold… except the wind. My enthusiasm was short-lived as step by step the wind stole all of my energy.

This wasn’t what I wanted for today, I wanted to try and do 2 miles but I feared that might feel like 9 miles running into the wind. Give me rain any day but wind, no thanks. 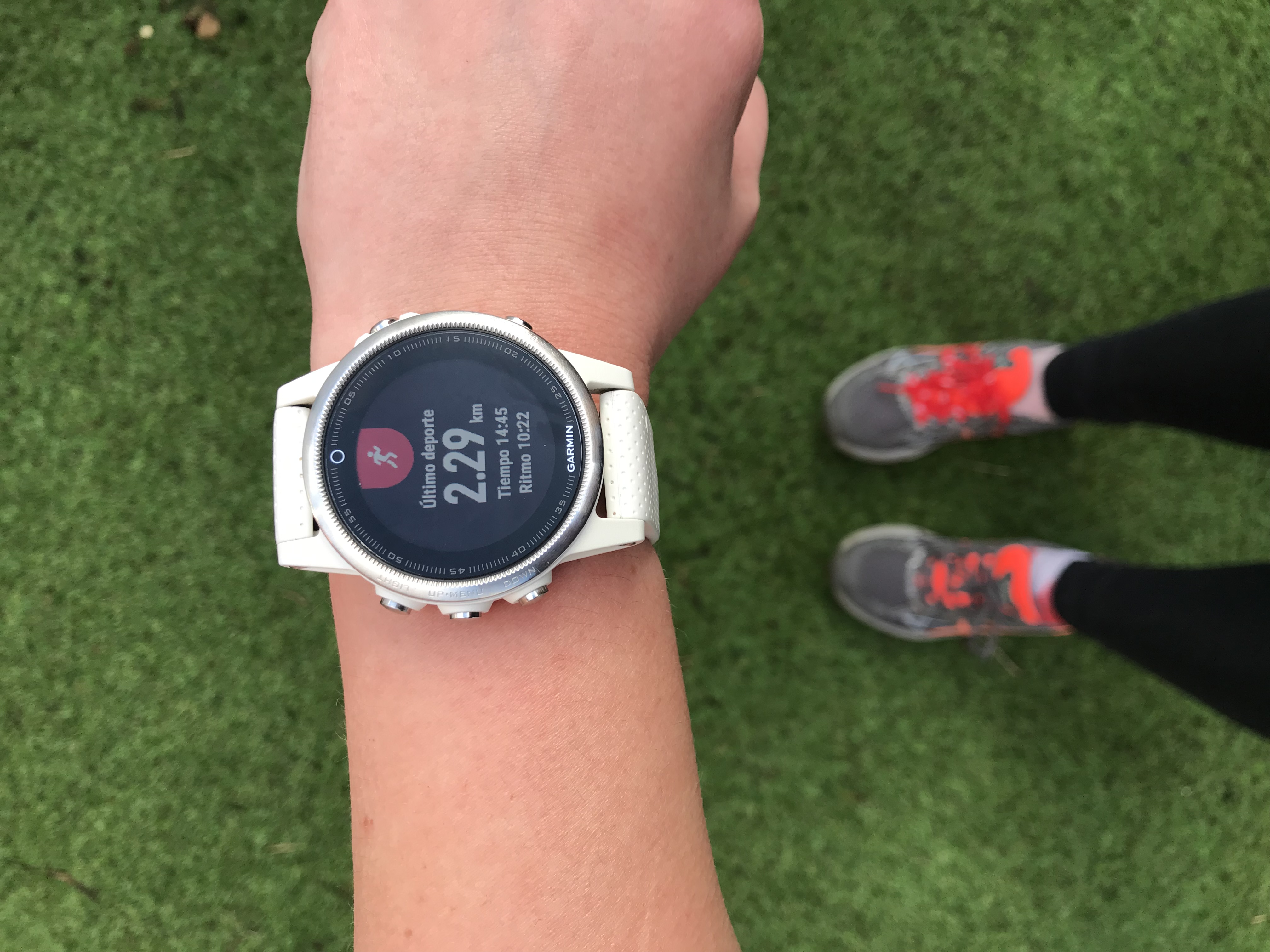 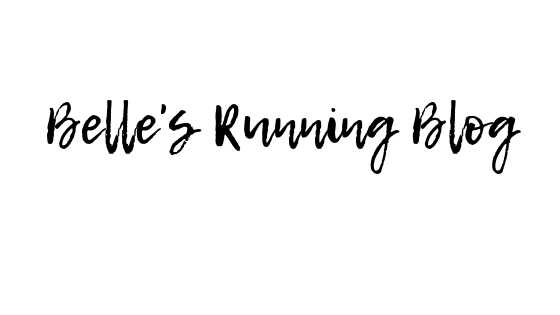