I’m afraid to report that this week has been just as bad as the last. Am I even writing a running blog right now or more a ‘what I didn’t do this week’ blog?? I’m still suffering from illness and also I feel a little exhausted too. I’m sure I said this last week but I’m trying to do lots of things and I’m doing them all badly!

So what did I get up to this week? Well, I coughed….. a lot…. so much, in fact, I pulled a muscle in my back and it was agony for a couple of days.

It was also my birthday on Friday and I still wasn’t feeling great but had a great evening eating pizza and snacks and drinking prosecco.

The worst thing that happened this week was that I was signed up for the Oldbury 10 mile race today (Sunday). It was a race that I missed out on last year so I was keen to sign up as soon as the registrations were out. It was also going to be a good gauge for where I am in my training for the half marathon in 2 weeks time. But I didn’t race it. I’d decided on Saturday night that I was still coughing and I don’t even know if I’d have had the energy to run that far. If it had been a 10k I might have attempted it, but 10 miles seemed a stretch too far for me on this occasion.

Let me tell you, I didn’t take this decision lightly. I’ve done around 40 races in the past 2 years and never have I not turned up to race one of them, even when I felt injured or just low enthusiasm. The fact that there’s a medal out there with my actual name on it and it’s not in my sweaty, ill hands makes me feel sad.

Not only that, I’m now wondering whether I should even attempt to run the Half Marathon at all now? This month, Strava kindly emailed me to let me know I’d run 11.5 miles the entire month of August. Which is depressing!

If anyone’s got any advice on whether they would run the half having done hardly any training or whether they’d give it a miss I’d love to hear it. I don’t want to start not turning up to races, I’m not that person at all, but I also don’t want to do something stupid. Am I likely to be injured having not run further than 10k in months?

On a brighter note, here’s a picture of me and Teddy bun, who has been a much better-behaved bunny this past week. He didn’t help me open my birthday cards though like my beautiful Labrador used to. I miss her so much, my birthday just wasn’t the same without her. I want more than anything to have another dog in my life but unfortunately, my circumstances won’t allow for it at the moment. I’m also planning to spend a month travelling around the British coast and there’s no way I could do that as easily with a pupper in tow. So, for now, I’ll smile at strangers dogs instead… 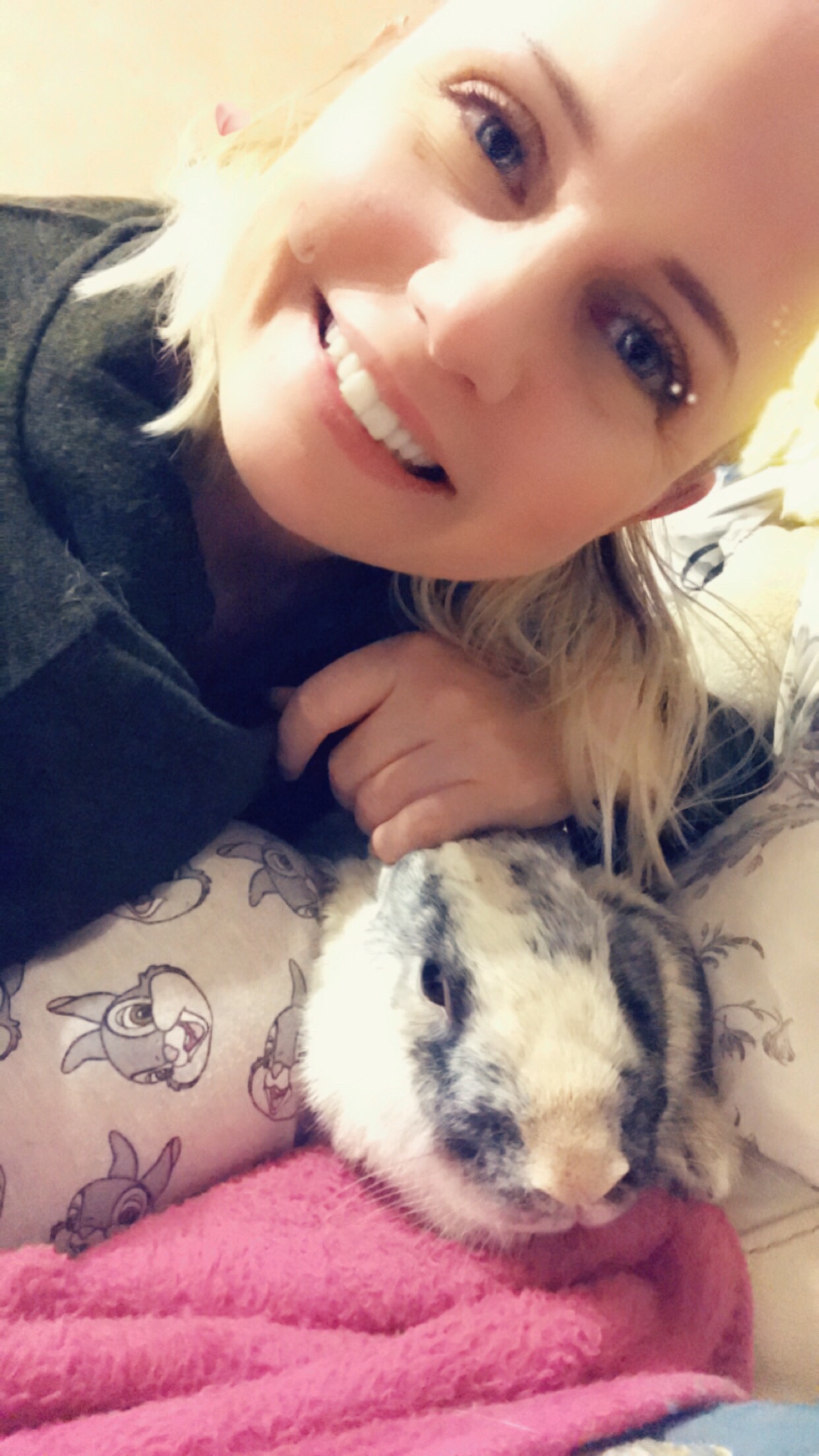 Hope you’ve all had a better bout of running than I have and here’s to a better week next week.