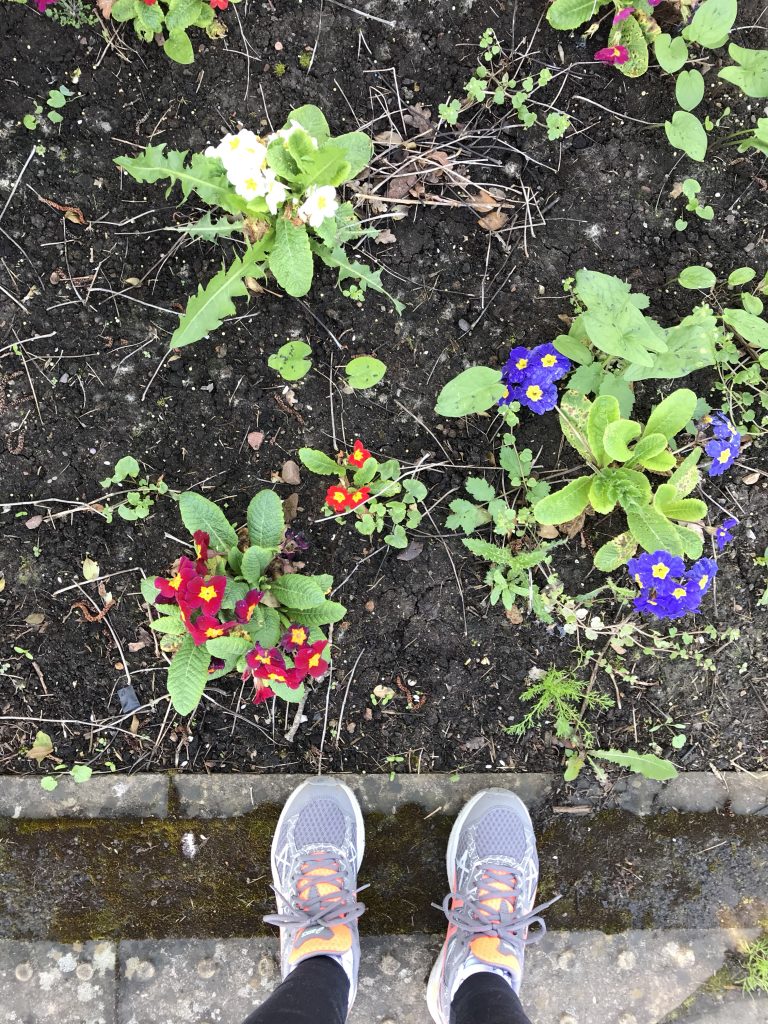 It dawned on me the other day that it’s only 4 weeks until the Bristol 10k. While there isn’t anything particularly spectacular about this, as I’m running multiple 10ks this year, it’s a massive deal for me because this is where I got my race PB last year. I’ve never come close to hitting or breaking this record of mine and I’ve been continually frustrated that I can’t even get under an hour in alllll of my races! It’s the only race I’ve ever run and got under an hour. What I find most frustrating about this is that I’ve been training for the past year (with the exception of December / January where I had the flu and did no running at all) and I can’t seem to improve my times.

So I decided to make it my mission in these 4 weeks to try and increase my speed so that when I’m at that start line, I’m all set to smash my course time and perhaps even pull an all time PB out of the bag!

I’m going to talk more about what I’m going to do to increase my speed in the next few weeks but for this week, let’s just look at what I’ve been up to.

Monday | Yoga Day Turned Sick Day
I did not feel good today, which is never good when you’re trying to start a new regime! After the Frenchay 10k yesterday, I was going to do a long yoga session to try and keep my injuries at bay and give myself a great stretch out but it wasn’t to be.

Tuesday | Easy Run ~ 2.5 miles
I wanted to go out and get some miles in the legs so there was nothing too strenuous about this run, although it was super windy which I HATE. 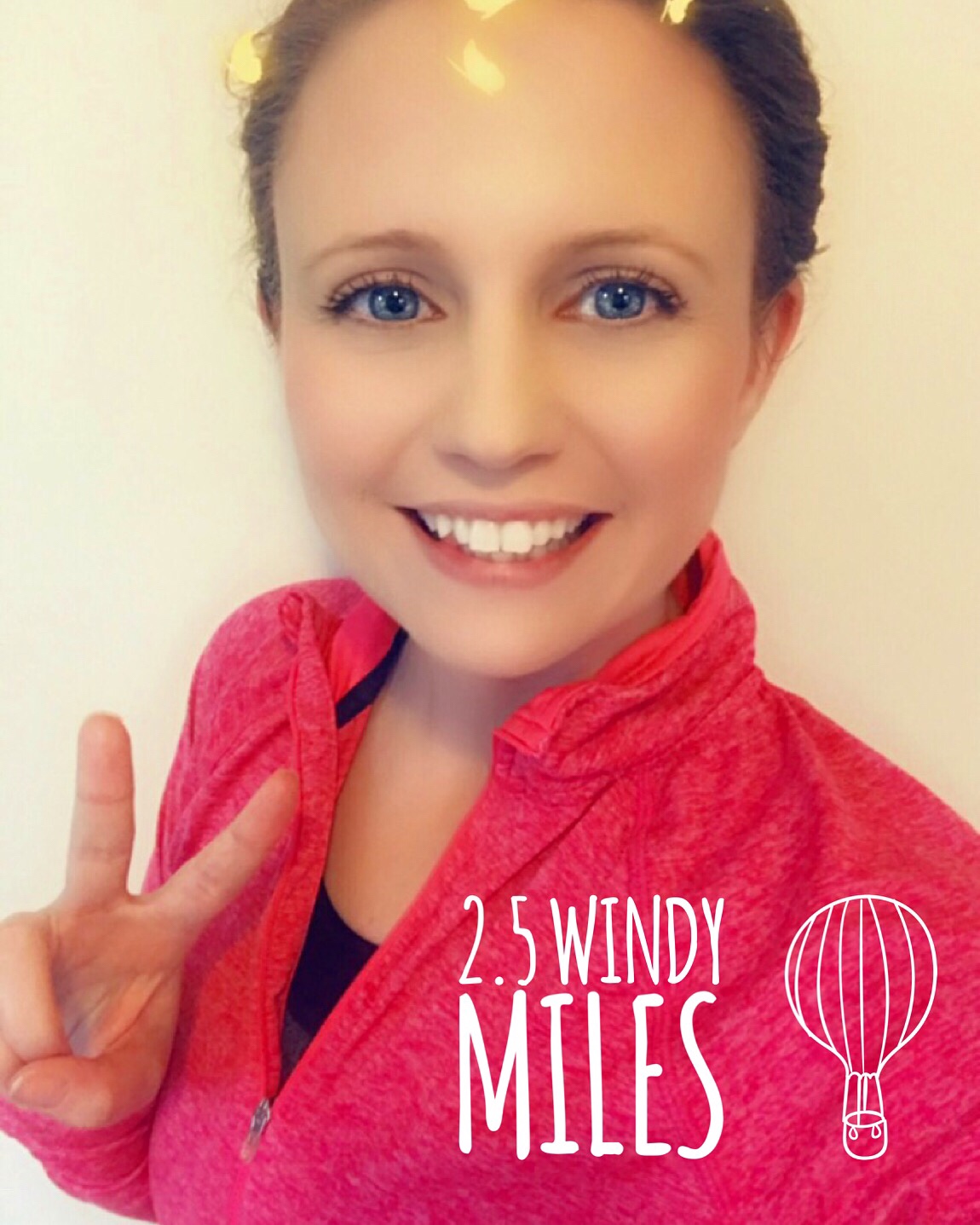 Even though this run wasn’t a particular victory, I am feeling great and injury-free which is such a novelty for me. I’m really hoping that if I can keep any niggles at bay I’m going to be able to keep training so that I can put the miles in, as this is where it’s all gone wrong for me in the past. I need to be able to run, otherwise, this just isn’t going to work out.

Wednesday | Strength Training
Strength training is something that I’ll always avoid. I’m a cardio junkie, always have been, and I find anything other than this a tad boring. I didn’t want to go mad though so I kind of cheated and did an old workout DVD of mine which had a ‘toning’ section which was pretty tough but, to be fair, it could have probably been better. 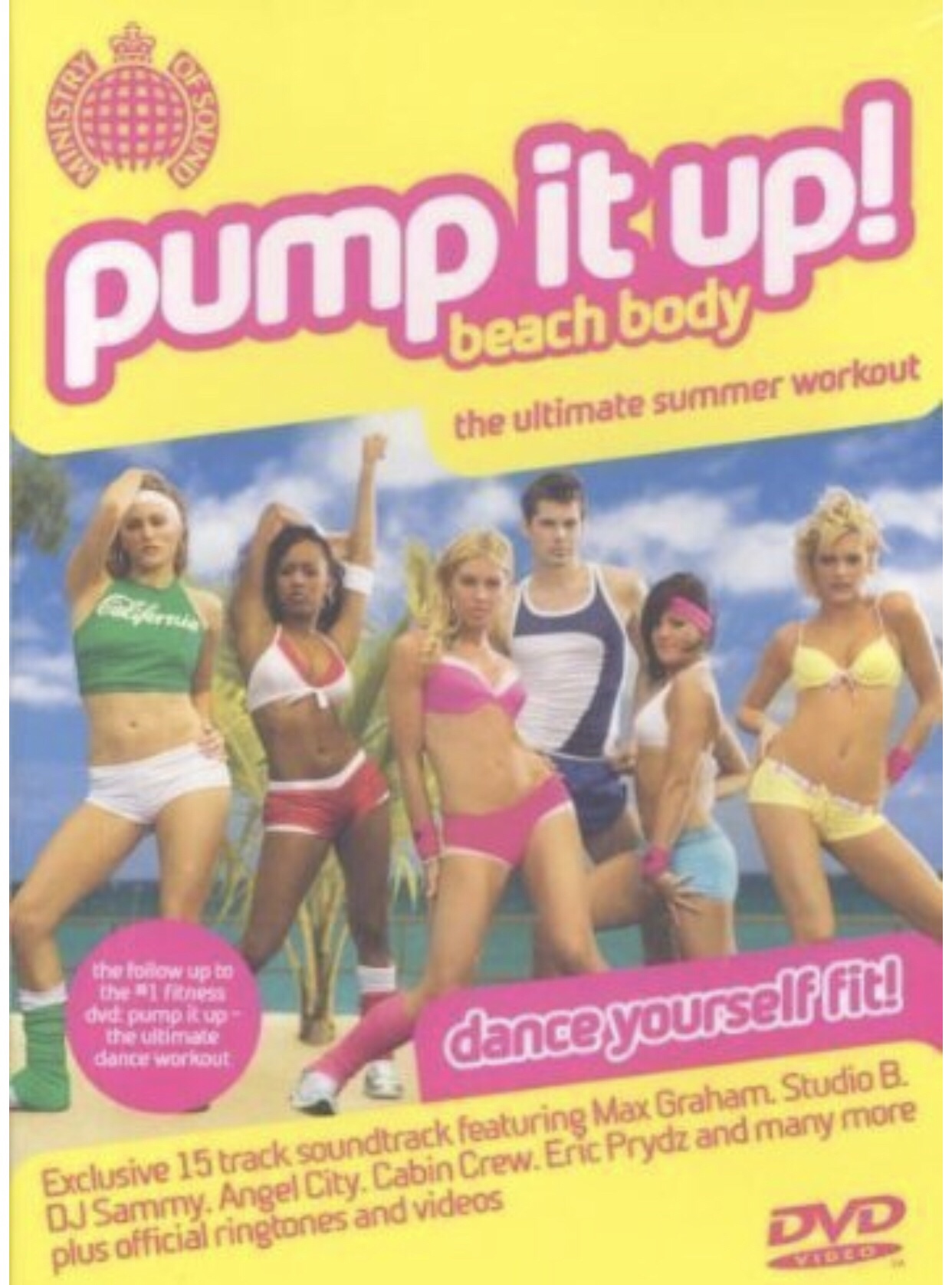 Thursday | Rest Day
No workouts for me today but I did manage to squeeze two walks in today so not a total rest day. It was also my cheat day and I had an amazing takeaway. 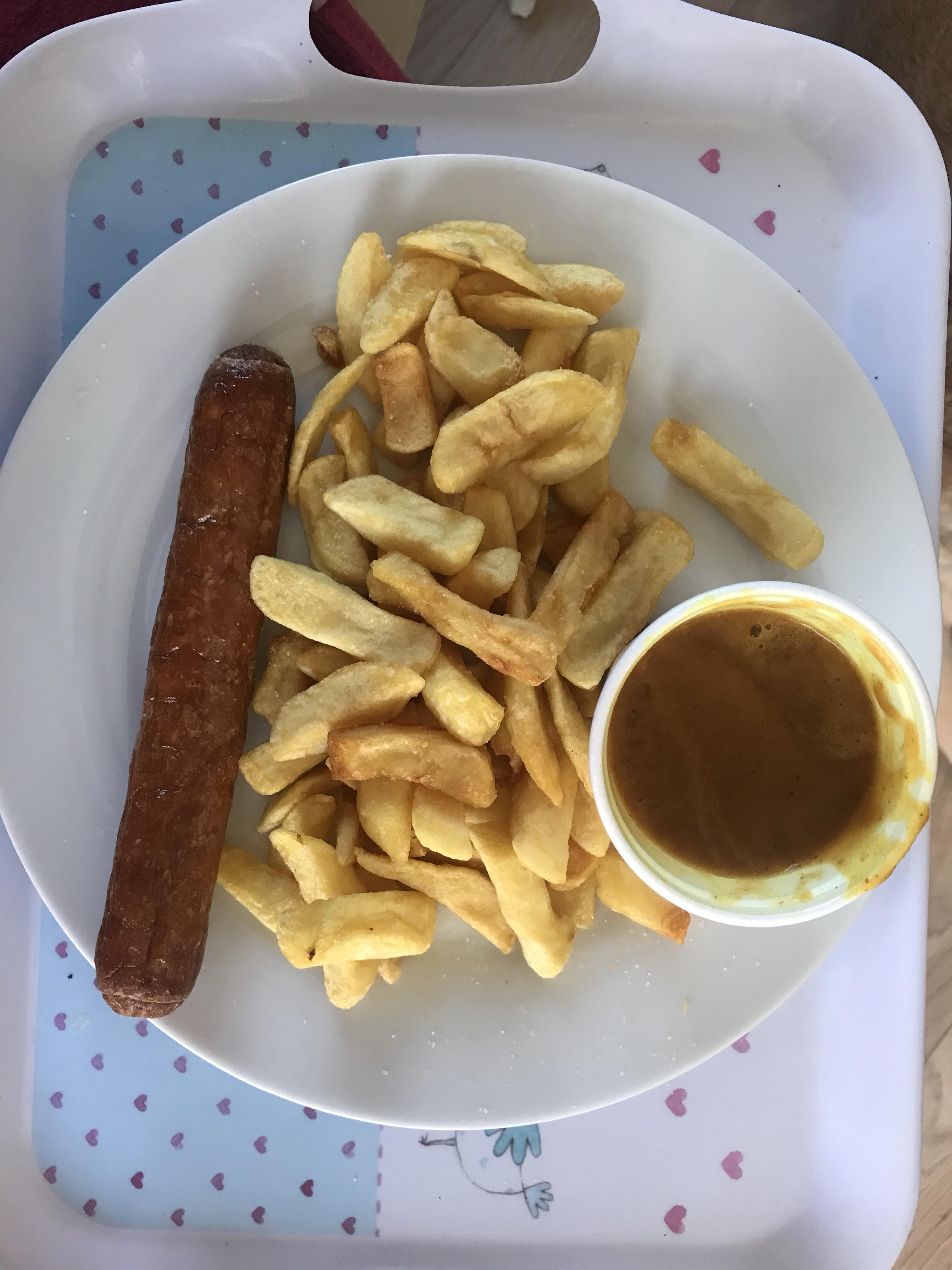 Friday | Hill Work + Lamppost sprints
It was pretty hot today, I guess we’ve skipped spring and gone straight to summer! Don’t let that fool you, apparently there’s more snow on the way. Get it together England!!

After a dance workout in my living room (waiting for my Garmin to charge) warm up, I tried to do a little bit of everything and push myself, I did an easy run followed by my ‘nemesis hill’ for miles 0-2, lamppost sprints for mile 2-3, and then the final mile was a nice easy pace. I had the best Spotify playlist and was really feeling The Saturdays’ Greatest Hits Megamix. 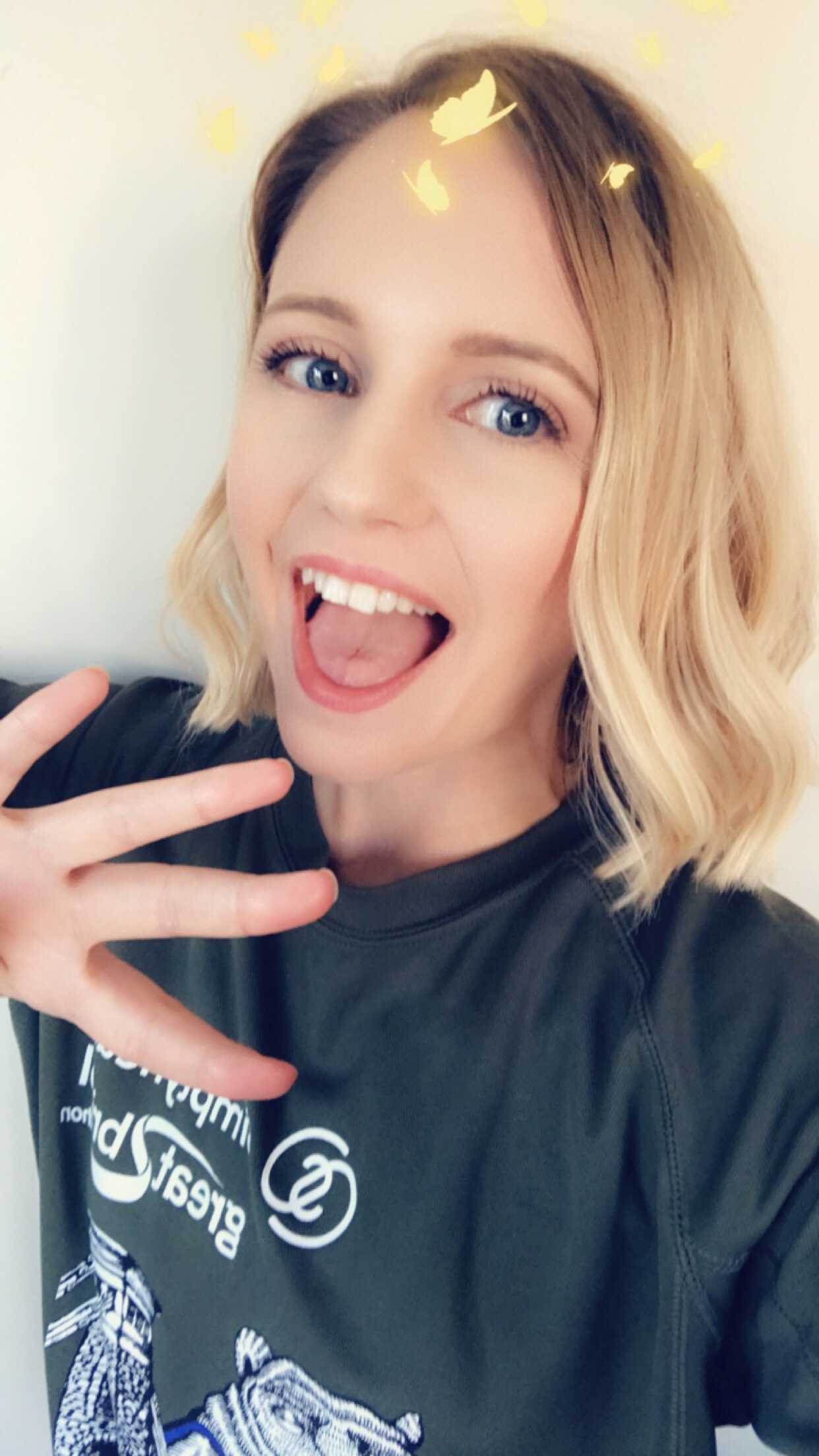 Saturday | High Intensity Workout
The plan was to do Davina McCall’s newest workout DVD, however, I really wasn’t feeling it so I opted for the 2004 Nell McAndrew Ultimate Challenge Ultimate Results instead. Wow, I forgot how intense this workout was! My legs were literally on fire doing this and my arms felt like they might actually fall off. I can’t believe how unfit I am now, even with all the running, I still have noodle arms but that’s all changing!

I dug out one of my Labrador’s tennis balls from the cupboard and used it as a mini foam roller for my legs. I’ve had some pain down the side of my shins for the past few months so I was hoping that it would relieve some of the pain I’ve had there and I’ll say this, it felt great! The only downside is that I bruise like a peach and now I’ve got bruises all down my legs!

Sunday | 7 Planned Miles Turned into 5 (also the London Marathon!)
I did contemplate not going out for this run after the intense workout I did yesterday but I felt pretty good so I went out with 7 very slow and easy miles in mind. They’d predicted that it was going to be the hottest London Marathon ever so I don’t know why I was so shocked that it was absolutely boiling at 8am…

I started off ok, my legs felt good and I was loving the quiet roads, however, I turned the corner and there was a long stretch of headwind and it just knocked me for six. I kept running but my energy had gone from an 8 to around a 3 and that was it for me, I was done. I was walking for literally no reason. Yes it was warm but the majority of my races are in the summer months so this isn’t something that’s new to me. I tried to claw it back with a really slow pace but I just couldn’t get back to it. 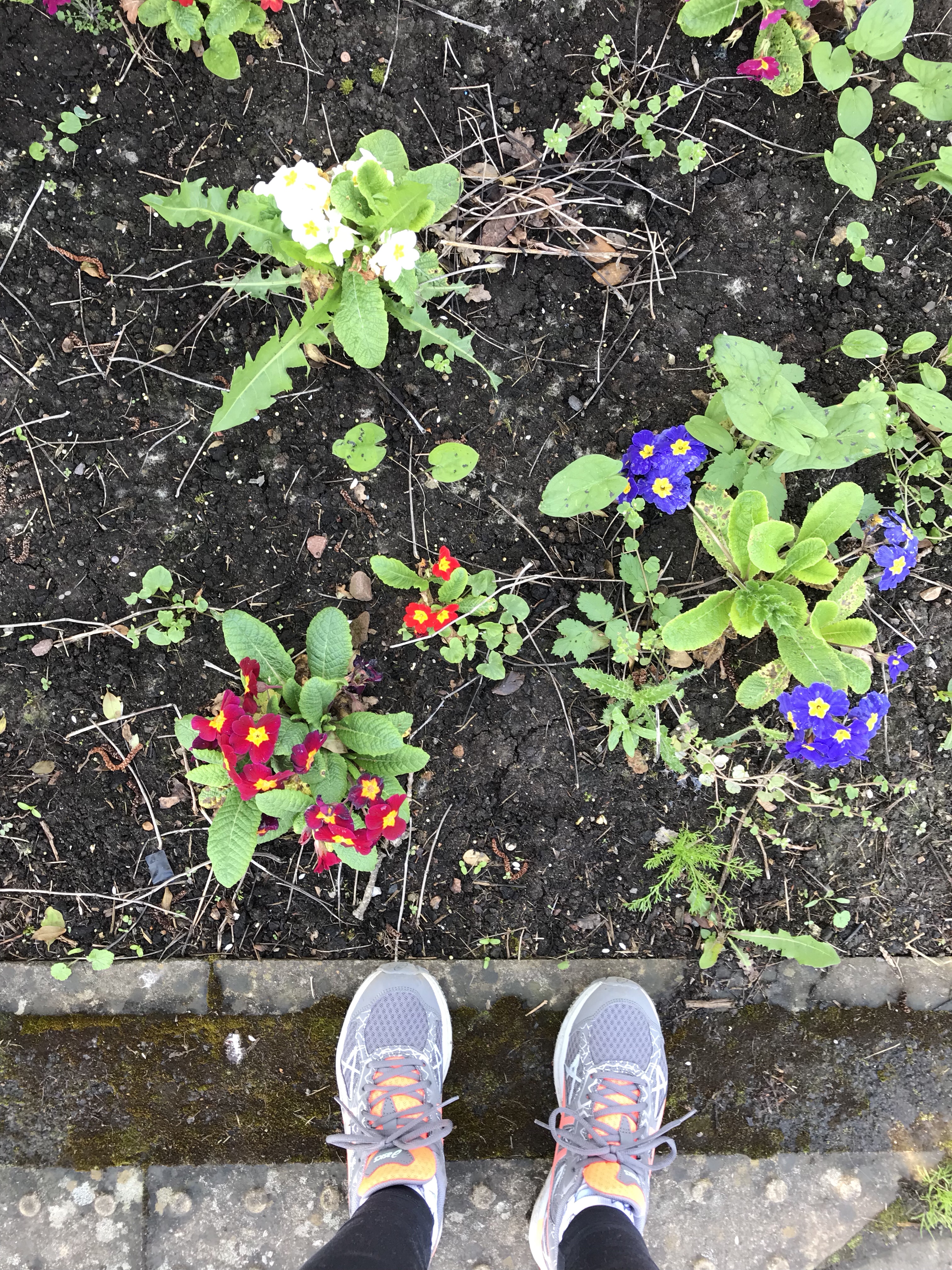 So I’m struggling on my final stretch of road and the end is in sight, and this woman was running in the opposite direction towards me and she had the most amazing body I’d ever seen on anyone in real life, she was awesome, and suddenly I’ve never felt less in shape in my life. Then I was kind of annoyed with myself for feeling like this, why do we have to compare ourselves to others when it brings us down so much? Let’s not just be kind to other people, let’s also be kind to ourselves too.

Weekly Roundup
While I had a bit of a pants run on Sunday, I was pretty happy with my efforts this week. I know I need to incorporate some more speed work in my runs so next week that’s going to be the number one goal and everything else will have to work around that. I may even have to suck it up and break out my torturous foam roller.

I have a race next Sunday and I’m already hoping that I’m going to be able to get under an hour ahead of the Bristol 10k as it’s predominantly flat and I’ve got the mental determination to do it.

If you’ve managed to shave some significant time from your PB let me know how you did it, I’m looking for tips for sure!