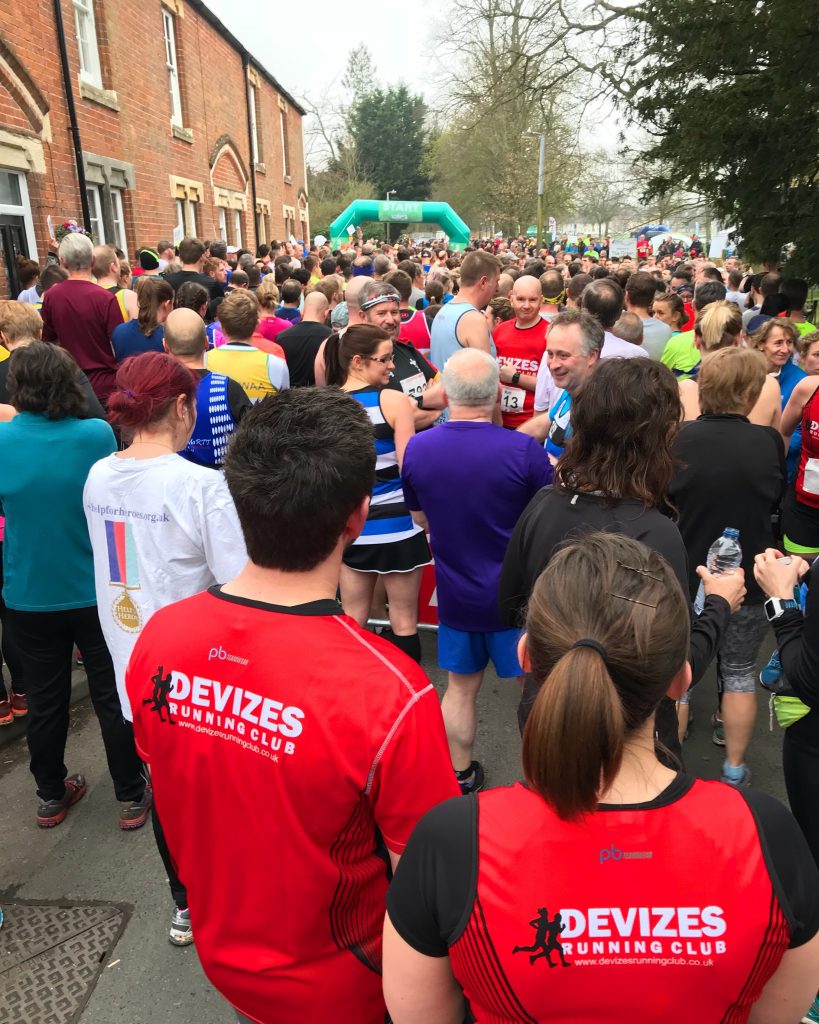 A bit of a weird week this week, I’ve felt utterly unconcerned about my impending half marathon and my lack of training so what better way to prepare myself and have a rest all week…! Race day is finally here after 11 weeks of ‘training’.

Monday | Working Hard or Hardly Working
No running for me today, it’s bank holiday and I’m working super hard and I didn’t factor in any run time as I’ve got too much to do.

Tuesday | Diet Shakeup
So I’m trying to eat much more healthy in April than I have for a long time, I’ve really let my diet slip but I’ve got some determination back in me and I spent the evening meal prepping for the rest of the working week so I don’t have to think about what I’m eating. Because of this I’ve been suffering from a persistent headache so I haven’t been able to run today. 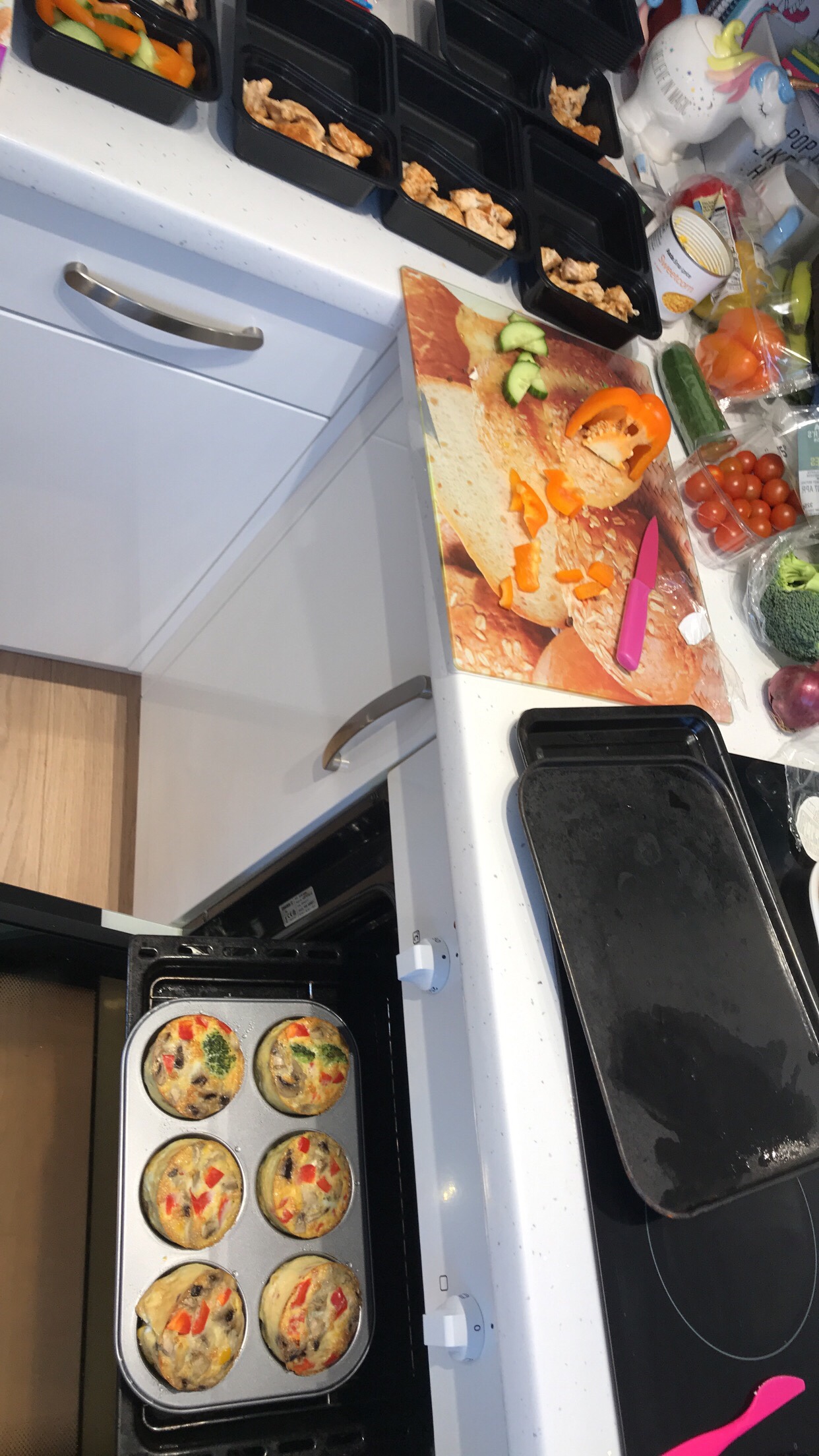 Wednesday | Singing in the Rain
While I didn’t get to run today, still suffering from that pesky headache, I did walk the pup to the vet tonight and we got caught up in a rainstorm and got soaked. Came away from the vet a lot poorer than when I arrived!

Thursday | Cheat Day
Had my first cheat meal of the month and it was amazing! I felt awful after though, physically not mentally! Should I be more worried that I haven’t actually run since my 10k nearly two weeks ago and my half marathon is in 3 days… perhaps it’s best not to think about it. Very often these days as long as I’m pleased with my effort that’s all that counts, all I can ask of myself is that I pushed myself as much as I could. 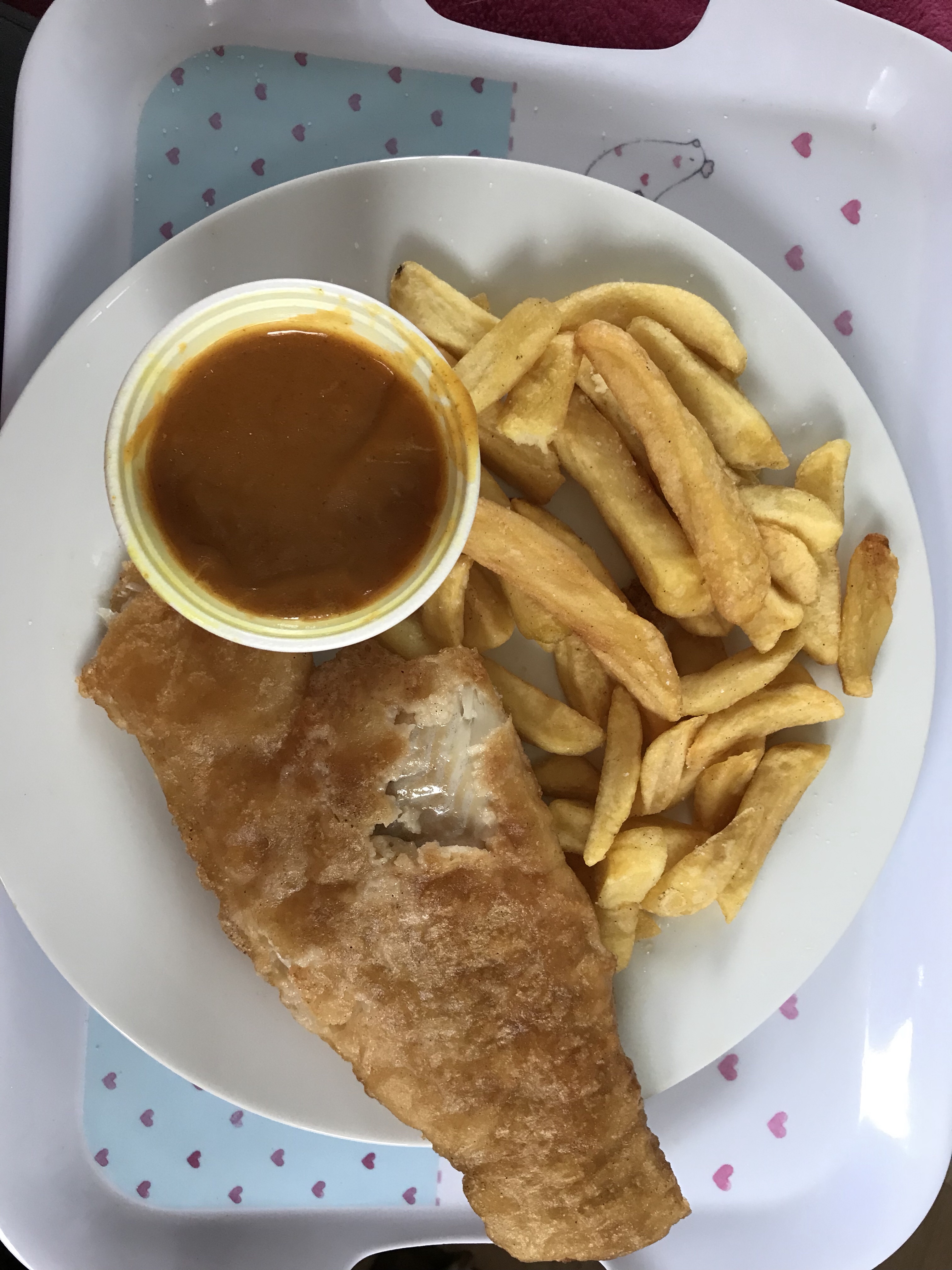 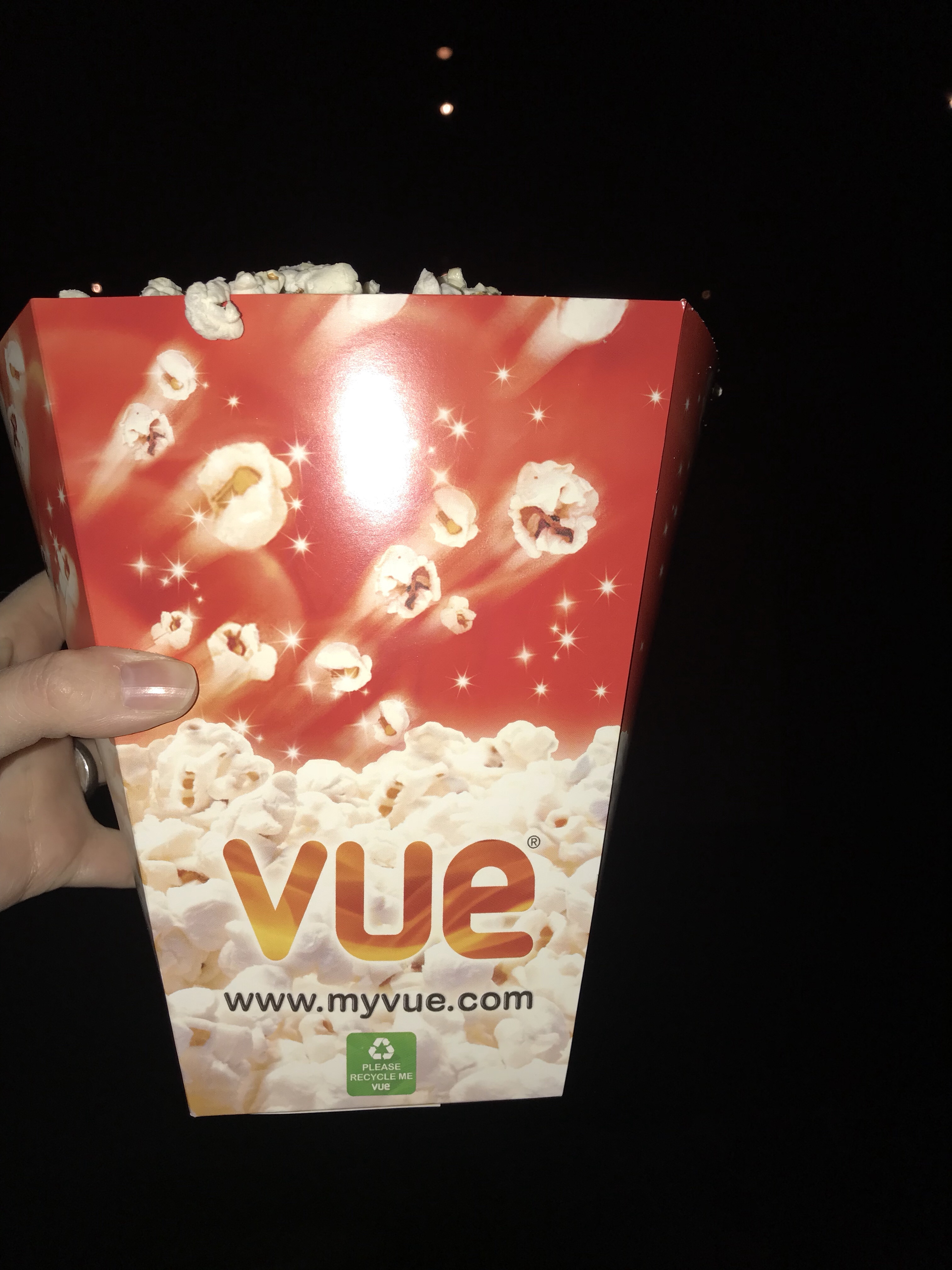 Saturday | Rest Day
Let’s say today is a rest day following all of the hard work I’ve put in this week… not. Tomorrow is the big day and I’m nervous. I’m very concerned that I might not be able to finish if my legs start to play up for no reason like the other week. And 13 miles is FAR when you’ve got an injury! I’m definitely carb loading today though and getting in a few more carbs than normal so that’s something positive right. I don’t think I’ve ever been this unprepared for a race before. I was looking back through my runs in the past couple of months and the furthest I’ve run is 7 miles which is just over half the distance I’m going to need to pull out of the bag. 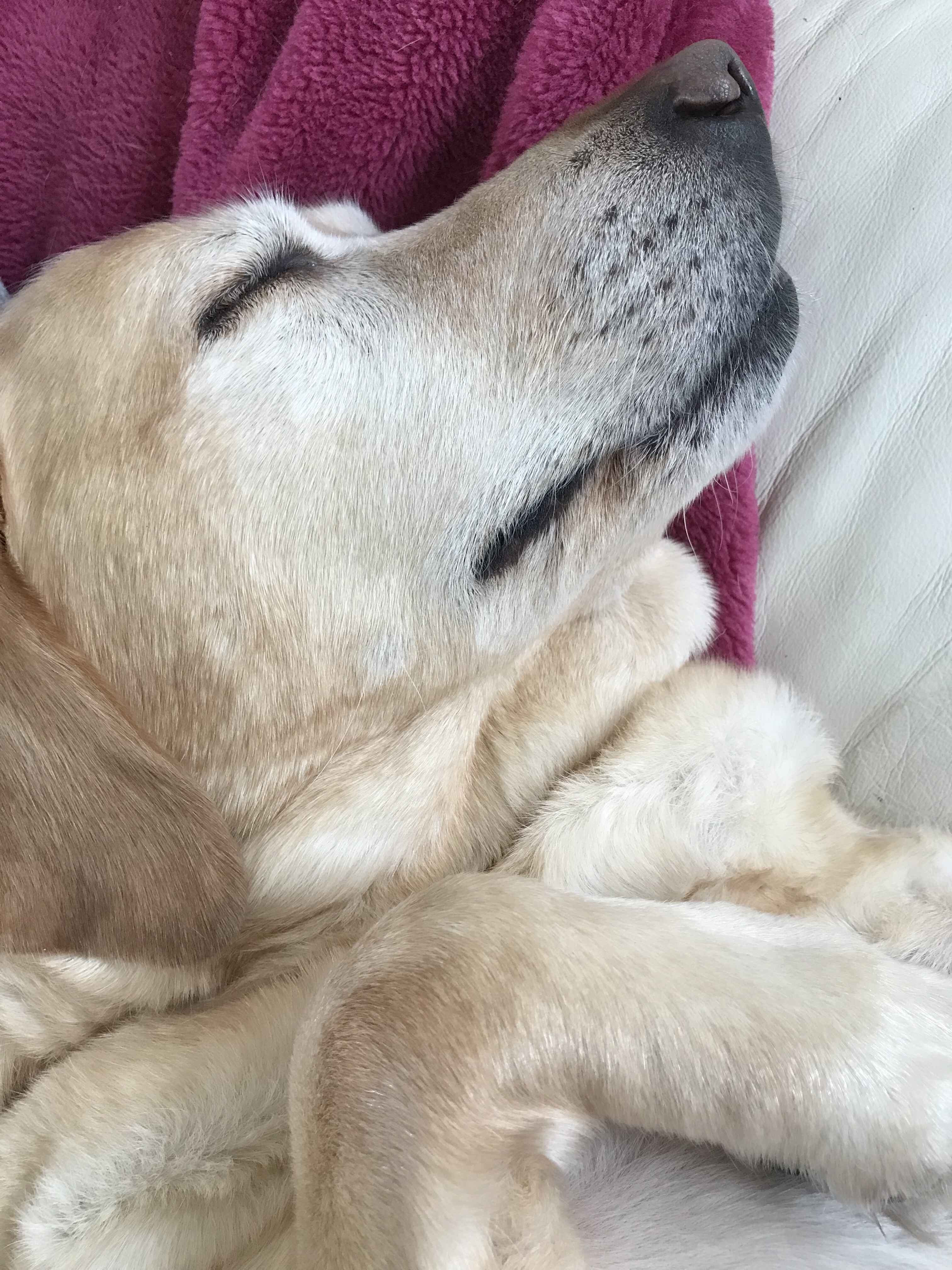 Sunday | Devizes Half Marathon
The big day is here and I feel… surprisingly nothing! I didn’t feel nervous, I didn’t feel excited or optimistic I just felt a bit like ‘ok I’m here let’s see what will happen today’. Race HQ was basically a field with a couple of marquees in it, this was going to be the ‘smallest’ half I’ve ever run as usually there’s big crowds and thousands at the start line. This race was nothing like that. I managed to park just around the corner from the start so I grabbed my race number (147, which in my mind was lucky because my lucky number is 7 and 14 is double that #logic) and headed back to the car for a bit as it was really cold and foggy out. 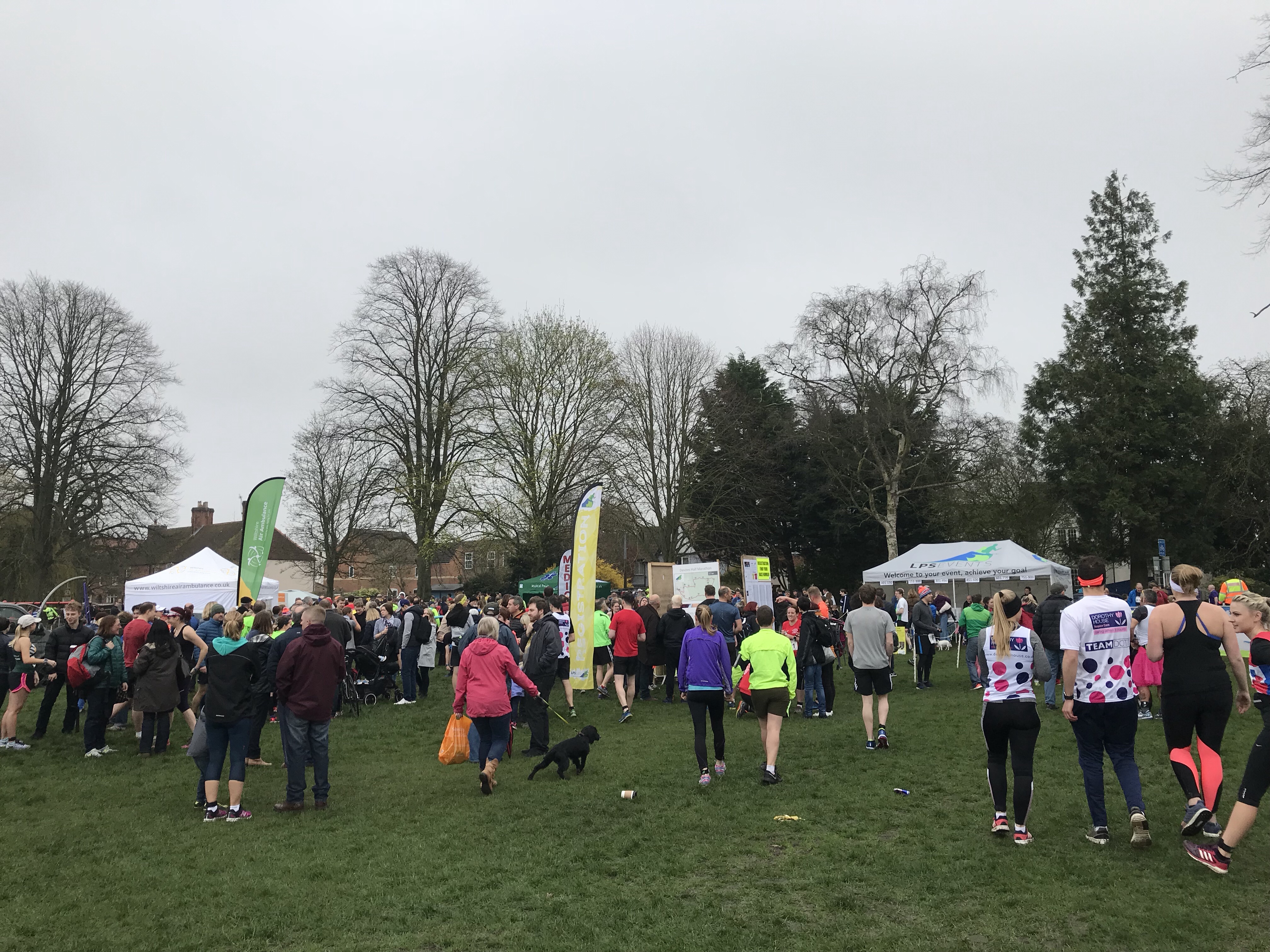 When it was time to gather, I walked back across to race HQ and did some stretching and what can only be described as a mini-warmup (aka a very half assed attempt to warm up) but I always feel so silly doing warm ups, which is ridiculous I know!

Lining up at the start, there were quite a few pacers and I was looking for around a 2:20 (my fastest ever half was a 2:15) but I could only see 2:15 or 2:30 so I thought I’d hang around them and hope for the best. Just behind me though, was the 3:00 pacer so it was a little confusing where I needed to stand but to be fair I wasn’t going for any time at all today I just wanted to get around the course injury free, whether that was 2:20 or 3:00. 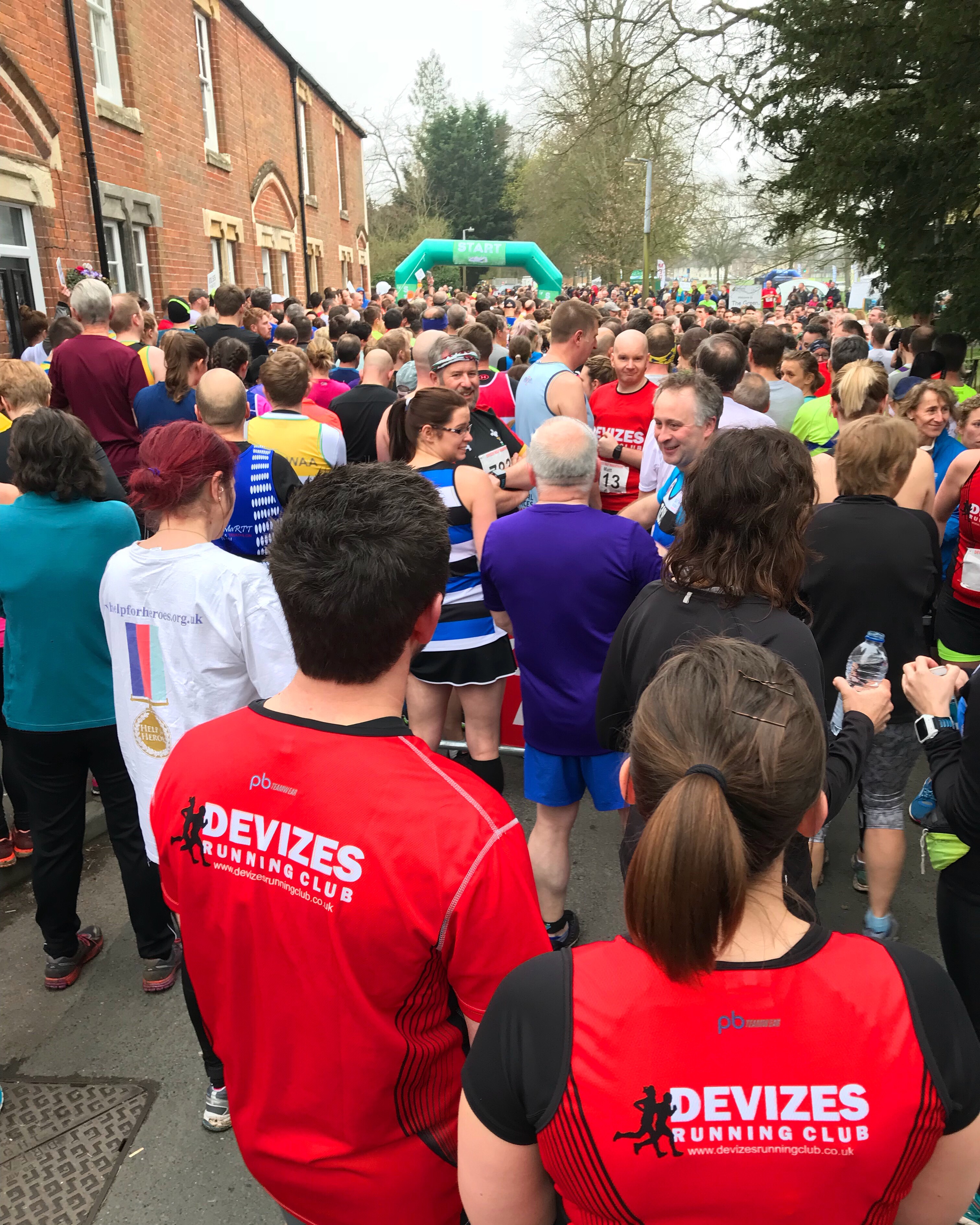 I started the race super slow as I knew that was going to be the key to me being able to finish fairly strong (if my legs held out) and I knew that the course was undulating so I wanted to keep something in reserve for the tougher parts.

Miles 1-3 I felt pretty good, I’d managed a 5k in around 30 minutes so if I could keep the pace up I shouldn’t be too far off my last half marathon time. One thing I noticed was there were tons of worms on the ground, so many in fact you had to try and dodge them! 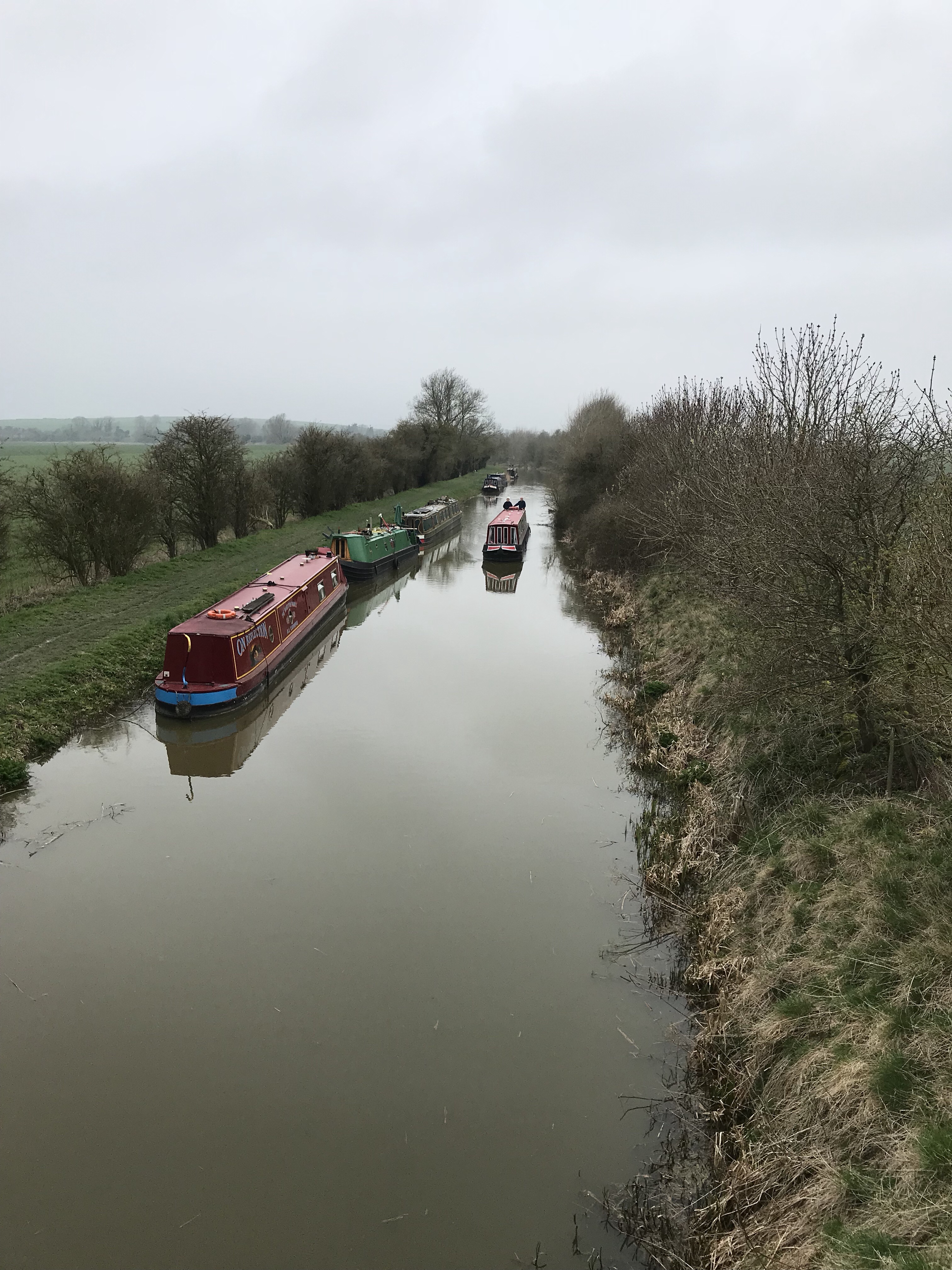 Miles 4-6 I never try and work out how many miles I’ve got left on a half, it’s just too much for my brain to cope with! When we got to mile 4 a lovely lady behind me shouted ‘single figures left’ and while I ‘whooped’ I also thought, nope I don’t want to know. I really started to suffer around mile 5. Usually I’m feeling confident and strong coming up to the last mile of a 10k but I think mentally I’d already lost this race for sure. I was walking at parts for no real reason, however, on the flat straight parts it was pretty windy as we were on open roads in the countryside.

Miles 7-10 I look my gel at mile 7 but to be honest I was walking for 20 seconds every time I fancied a break (not the best strategy I’ll have you know) but I was hoping for a little boost from it… which never came. Around the course I saw a lovely looking horse so I went over and said hello to him for a bit and took a delightful mid race photo! I was here for the experience I’ll have you know and if I wanted to take a photo of a horse then that’s what was going to happen (procrastination at its finest, mid race ‘I’ll just do something else for a moment’). 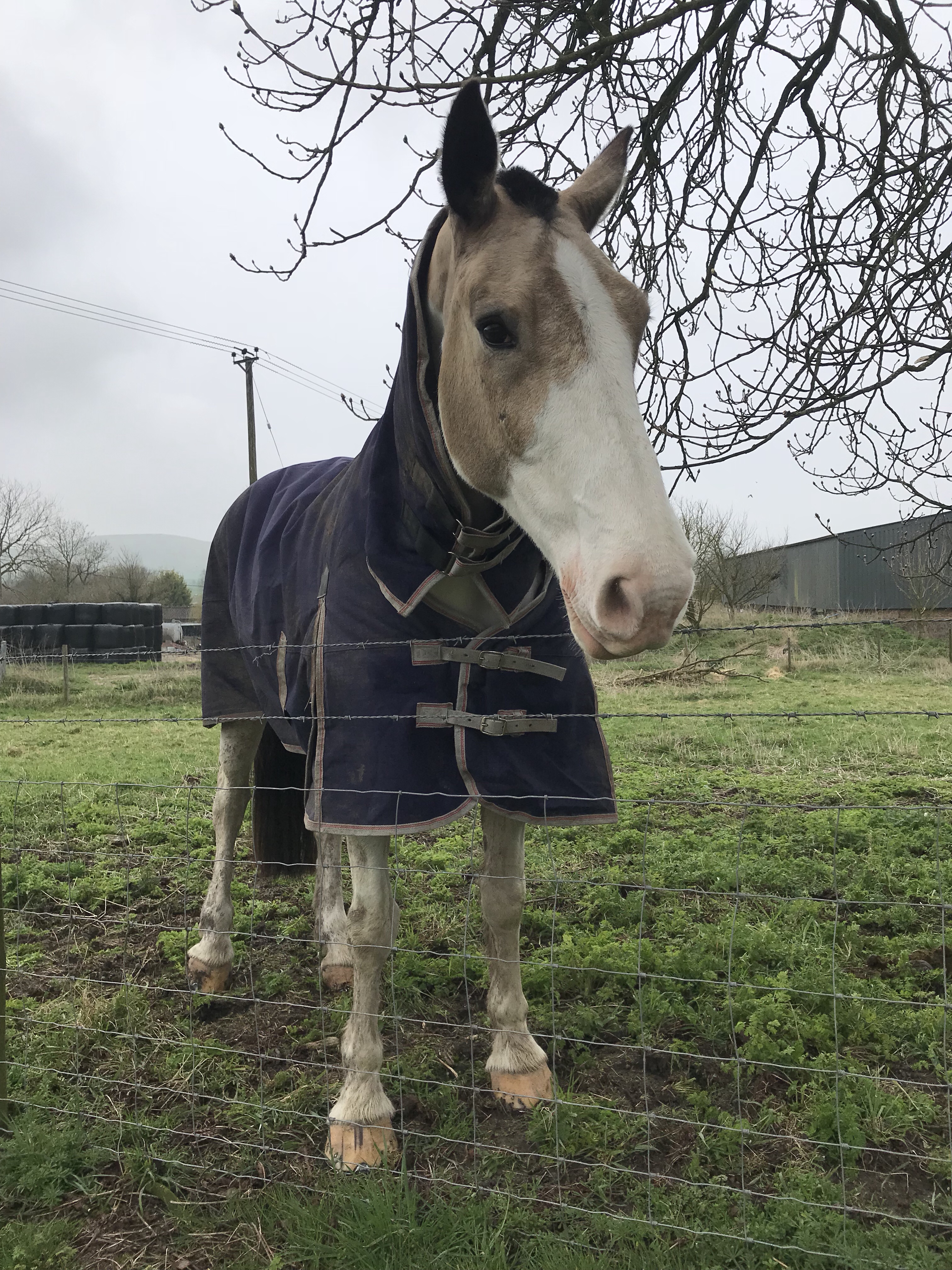 Around mile 8 I was starting to suffer with some glute pain which I tried to stretch out a bit as it seemed to be affecting my left ankle too and the pacer for 2:30 had passed me long ago so I knew it was unlikely I was even going to finish in 2:30. A lady that was talking with him around the route said she’d be happy with a 2:45 and it suddenly occurred to me that I was pretty far at the back and I’d have a Dickens of a job to make up any time now. 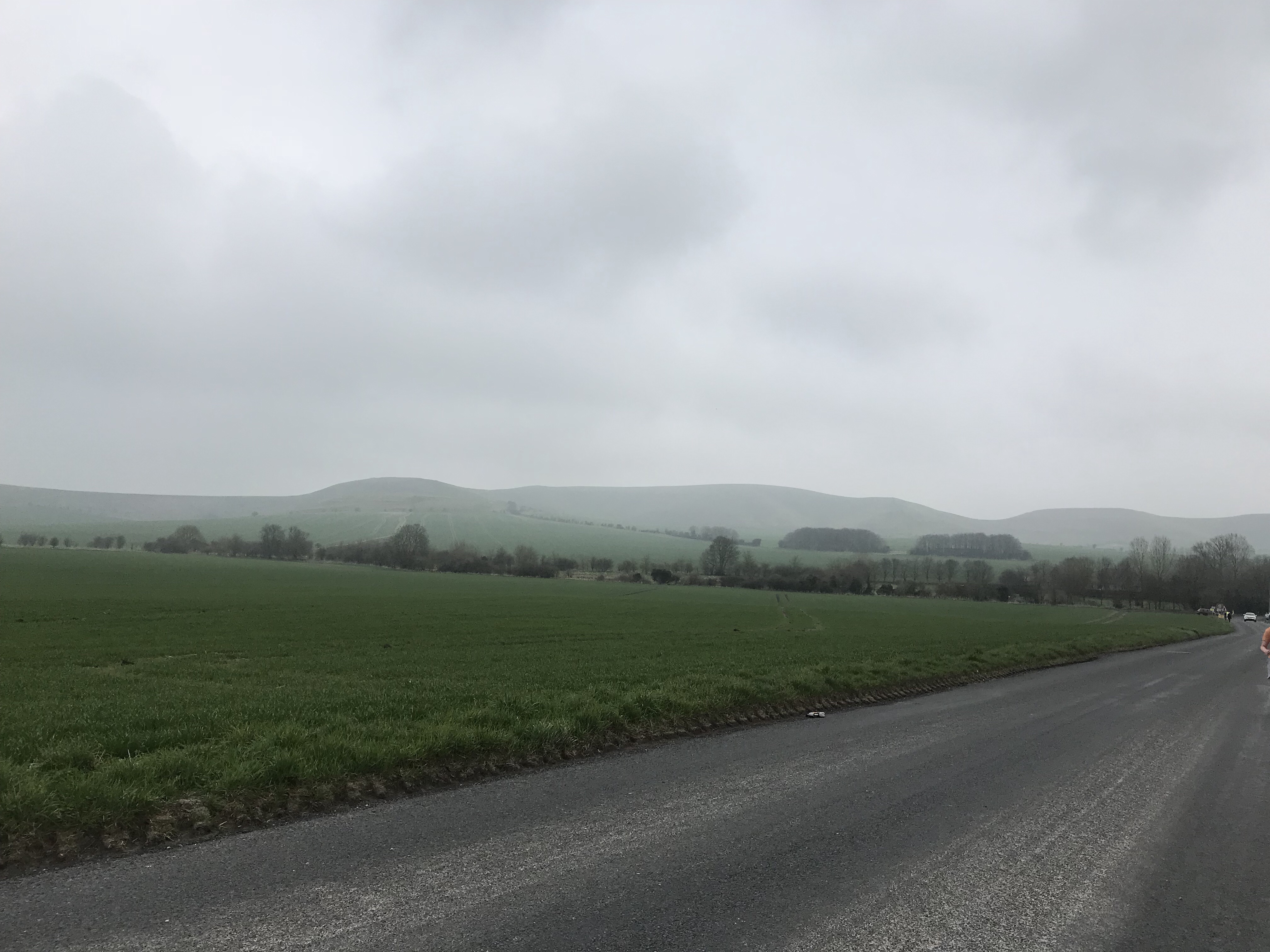 Miles 9&10 felt really lonely. Because it was a rural race there’s no support around from spectators, although I will say that the marshals were amazing and really encouraging, and no music is allowed because of the open roads that you’re running on so I didn’t even have any motivation from that. 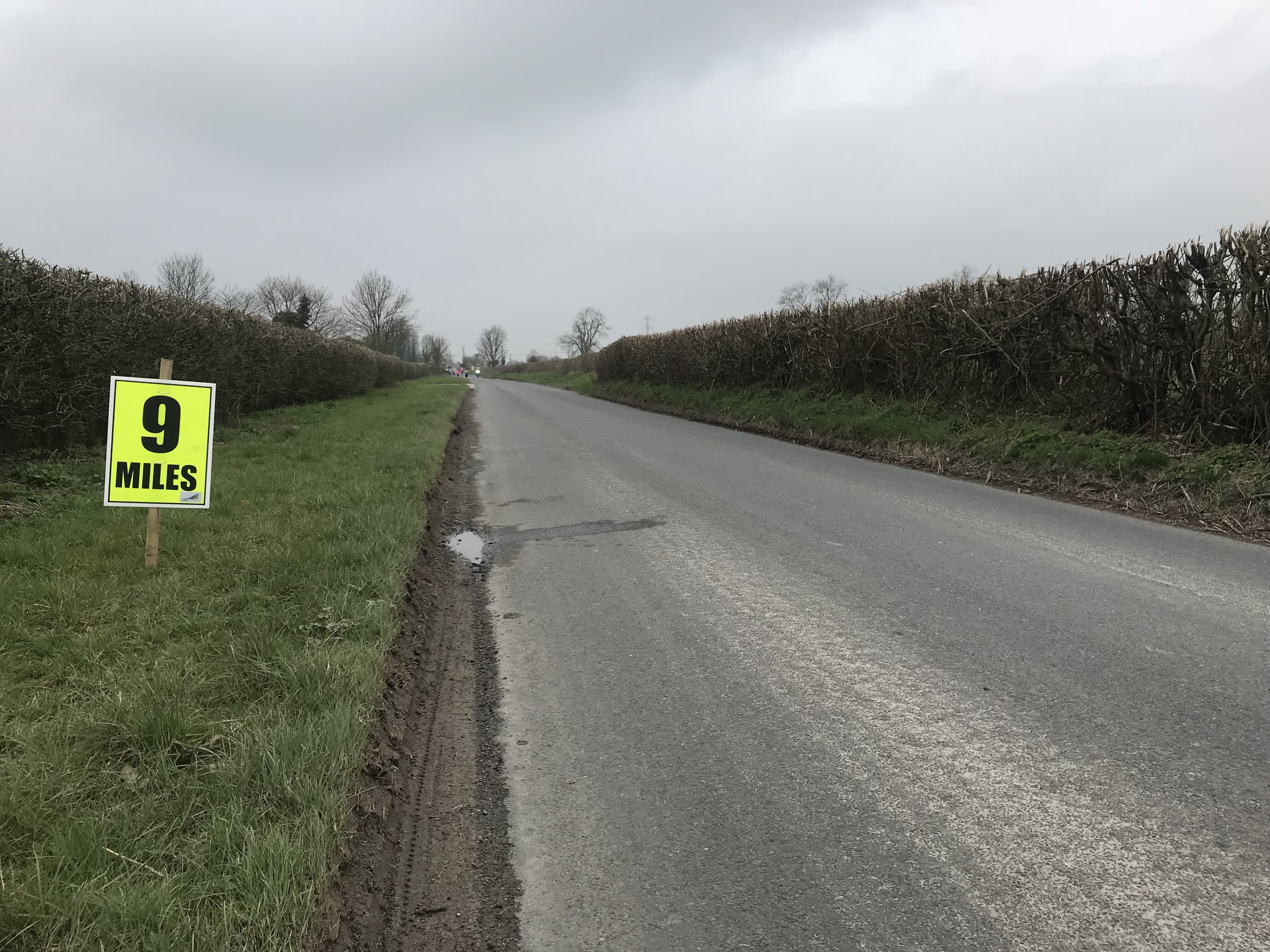 Miles 11-finish I’d pretty much given up at this point. I hadn’t looked at my watch from about 5k onwards but I knew it was going to be slow. I’d walked in big chunks and I must have looked like I was out for a casual stroll at times, I was just walking along, breathing fine but just not bothering to run. The last parts of a half are definitely all mental for me, I had to keep telling myself ‘just run to those daffodils, just run to that lamppost and then you can walk for 30 seconds’ to encourage myself to run. 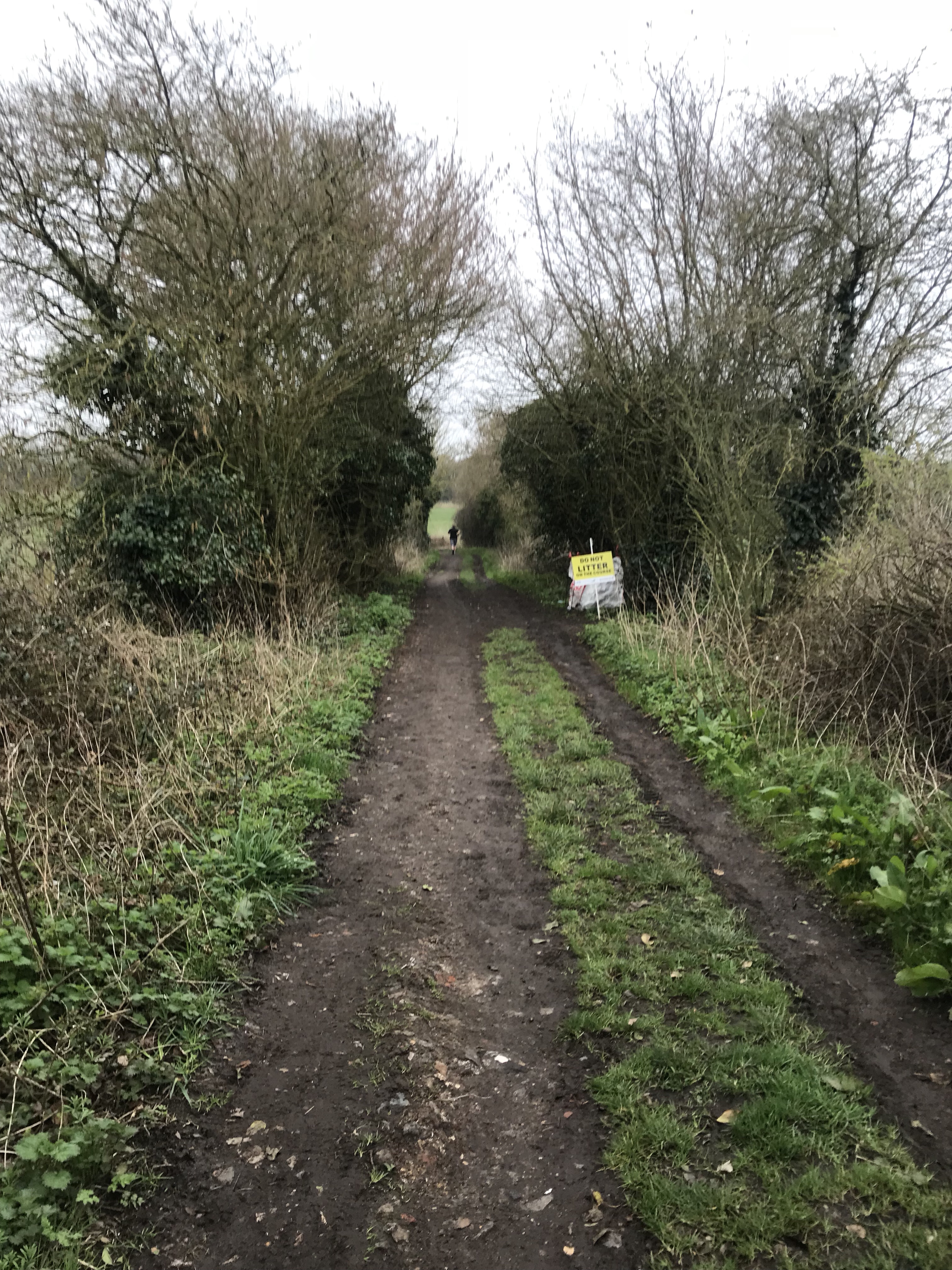 The last mile or so was around a housing estate and there were so many pedestrians walking around, who were nothing to do with the race and blocking pavements with buggies and children and just strolling in general, it just made me want to walk even more!

This race didn’t end with anything like a sprint finish that’s for sure. The last little bit was on grass and I’m just awful at running on grass. Lots of people were at the finish though and because I had my name on my race number, lots of people were shouting my name. One person shouted ‘go on Mich’ and for a second I thought it was someone I knew because only my friends ever call me that! It wasn’t, but it was nice all the same. 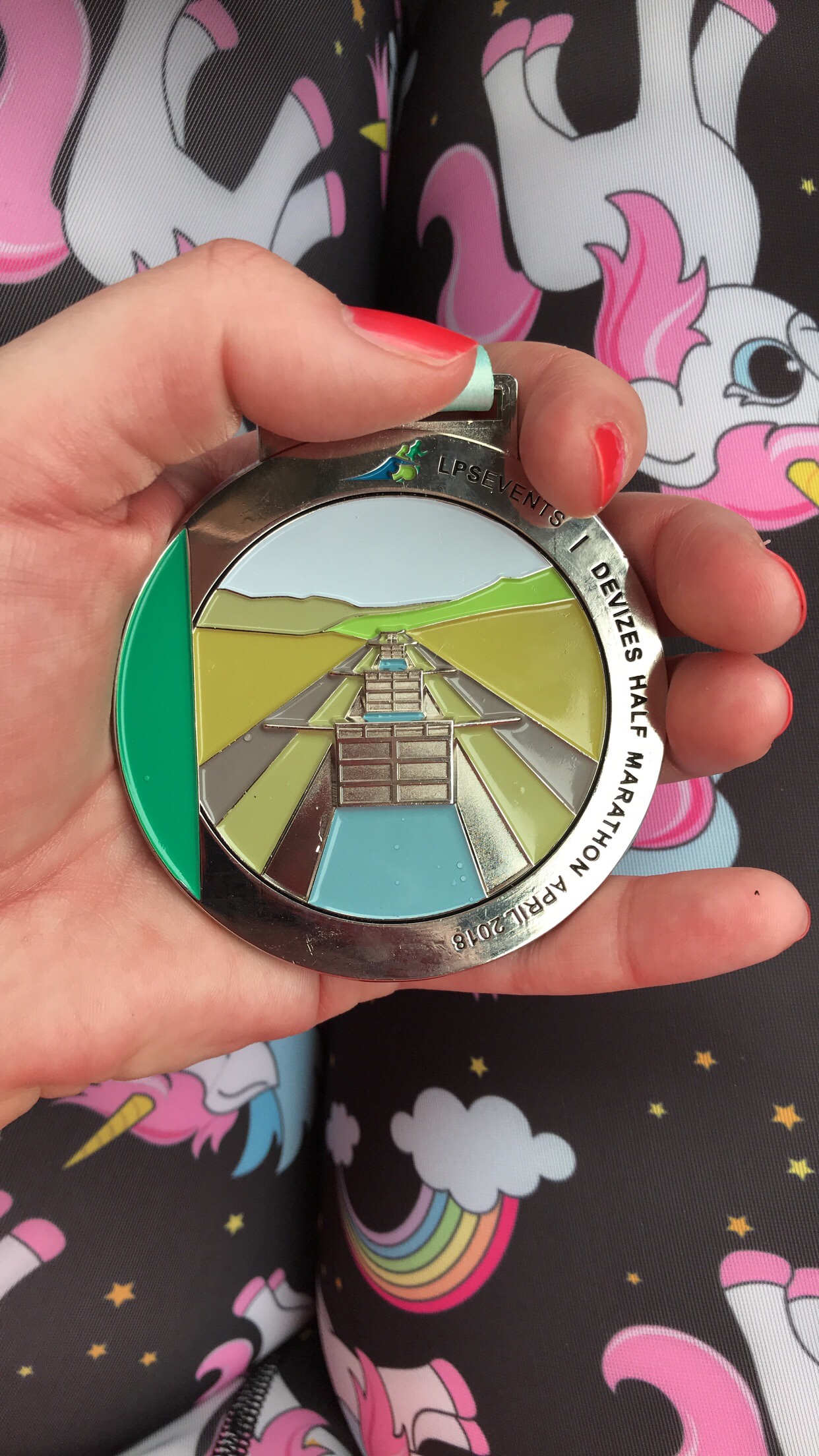 It was just starting to rain as I was finishing and when I was handed my medal I was also handed a piece of paper that I had to write my name and address on because they had run out of half marathon ribbons for the medals and they were handing out ‘fun run’ ribbons instead. At this point I didn’t even care, I just wanted to eat something and sit down. Luckily I was parked in Sainsbury’s car park and, as the queue to get out was massive, I decided to pick myself up something nice to eat when I got home along with a lovely cider (which turned out to be non-alcoholic so that wasn’t great).

So there you have it. I think my time was around 2:35 which is 20 minutes off my fastest time. It made me realise how much work I’m going to have to put in to get a PB in September when I’ve got my next half marathon. Race season is starting up again so I’ve got a lot of races on the books (pretty much all 10ks) so I need to make sure I’m putting in those longer runs too. I didn’t suffer from any injuries particularly, I had a little glute problem and my underfoot started to ache around mile 10 but it wasn’t anything to write home about. Even my feet and legs didn’t feel that bad so that was a massive achievement for me in itself. 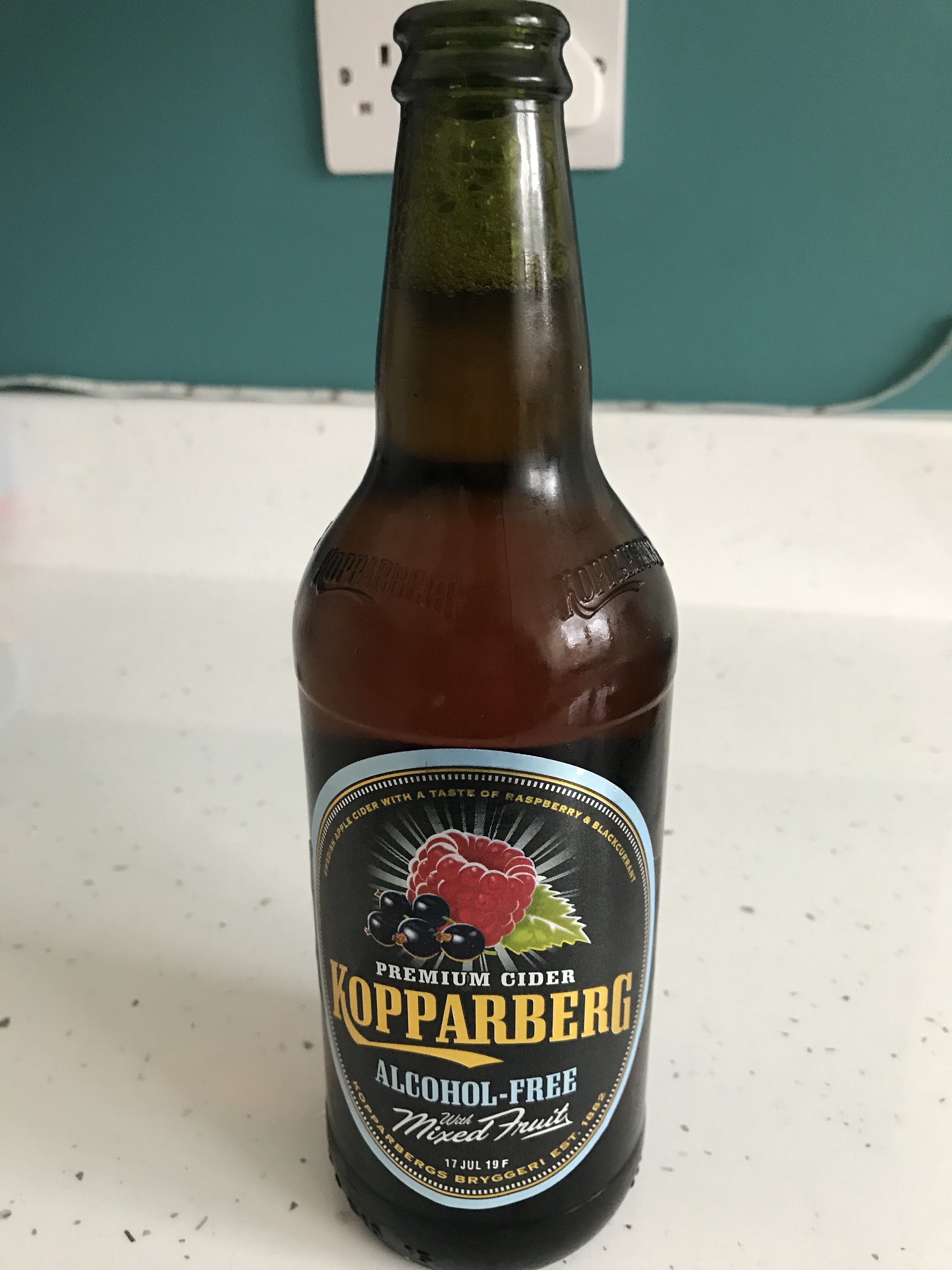 I’m 99% sure I wouldn’t do this race again, I just can’t not listen to music and run for large chunks alone I need just that little bit of motivation. The scenery was beautiful though so you have to pick your battles don’t you.

I’m moving on to half marathon training #2 now and I’m going to really try and stay as injury free as I can and visit a physio if necessary. I do need to add more strength training, foam rolling and stretching to my routine to hopefully help with any injuries I’ve got already. I’m also still on the hunt for the perfect running shoe for me (I did this race in my old, worn out orange Nikes and they felt amazing, don’t judge).