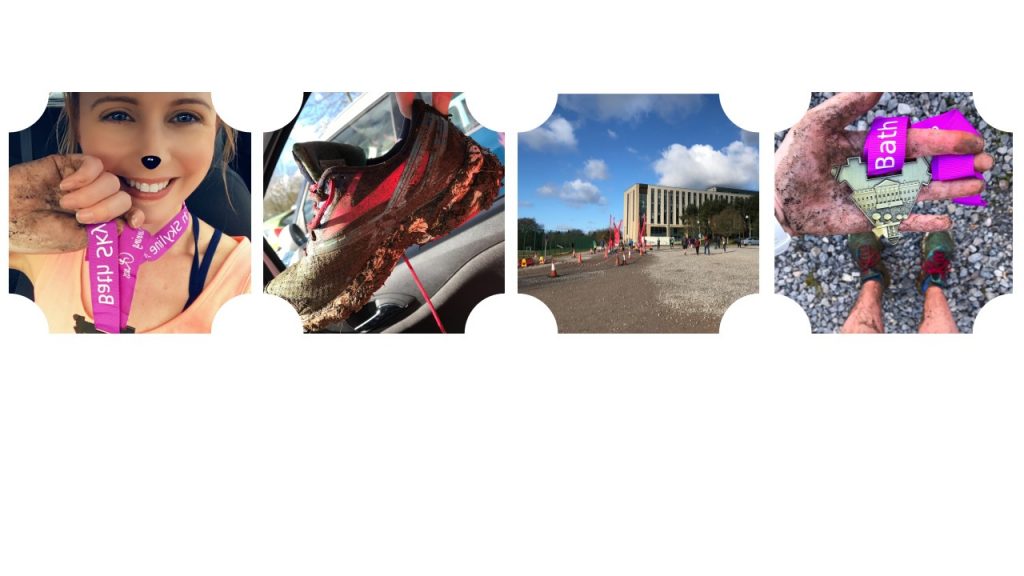 Hilly, narrow and technical under foot this is one of those races you should be taking in the splendid scenery but will probably be too busy trying not to take a tumble. You join a footpath which skirts around the edge of the golf course and descend into Bathampton Woods into technical terrain. There are great views over the valley below to Solsbury Hill and brings you out at Sham Castle, a prominent feature of Bath Skyline.

Sham Castle is a Grade II listed building built in 1762 located on the golf course and was built to improve the view from a wealthy nearby estate. The facade is a single wall with medieval towers and windows on the front and side. The back of the wall is blank as the sham was built to be seen from one side only. 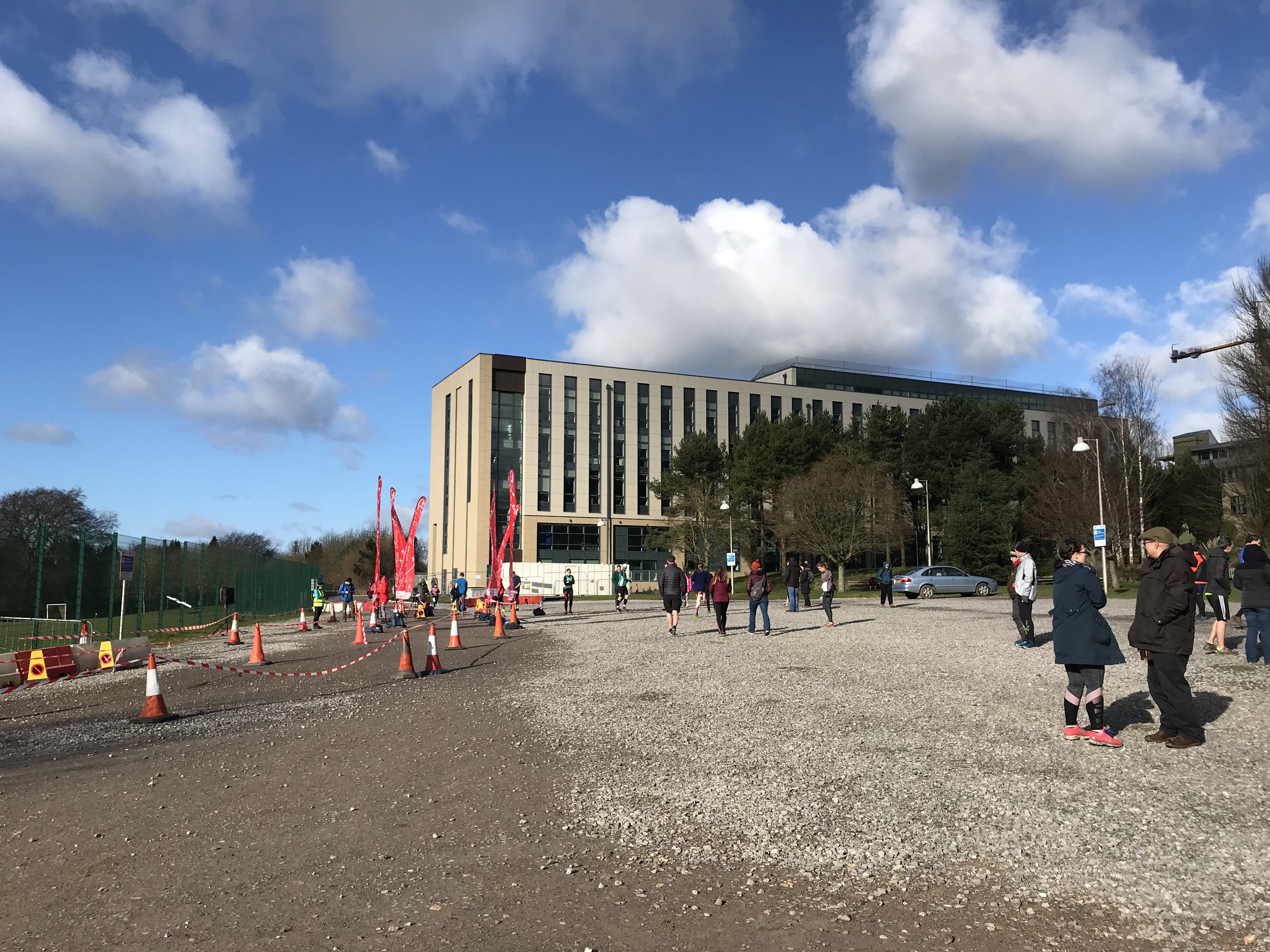 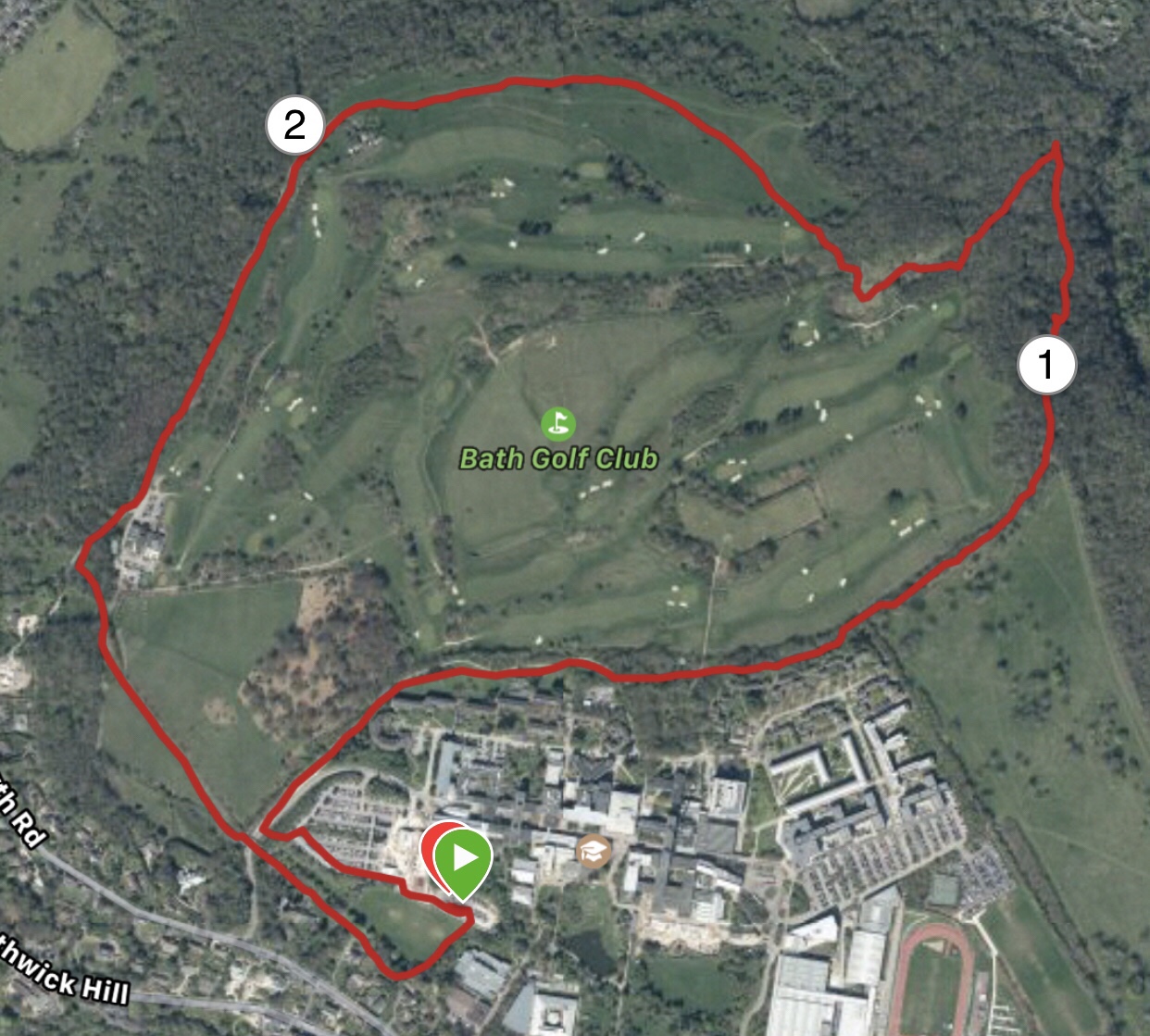 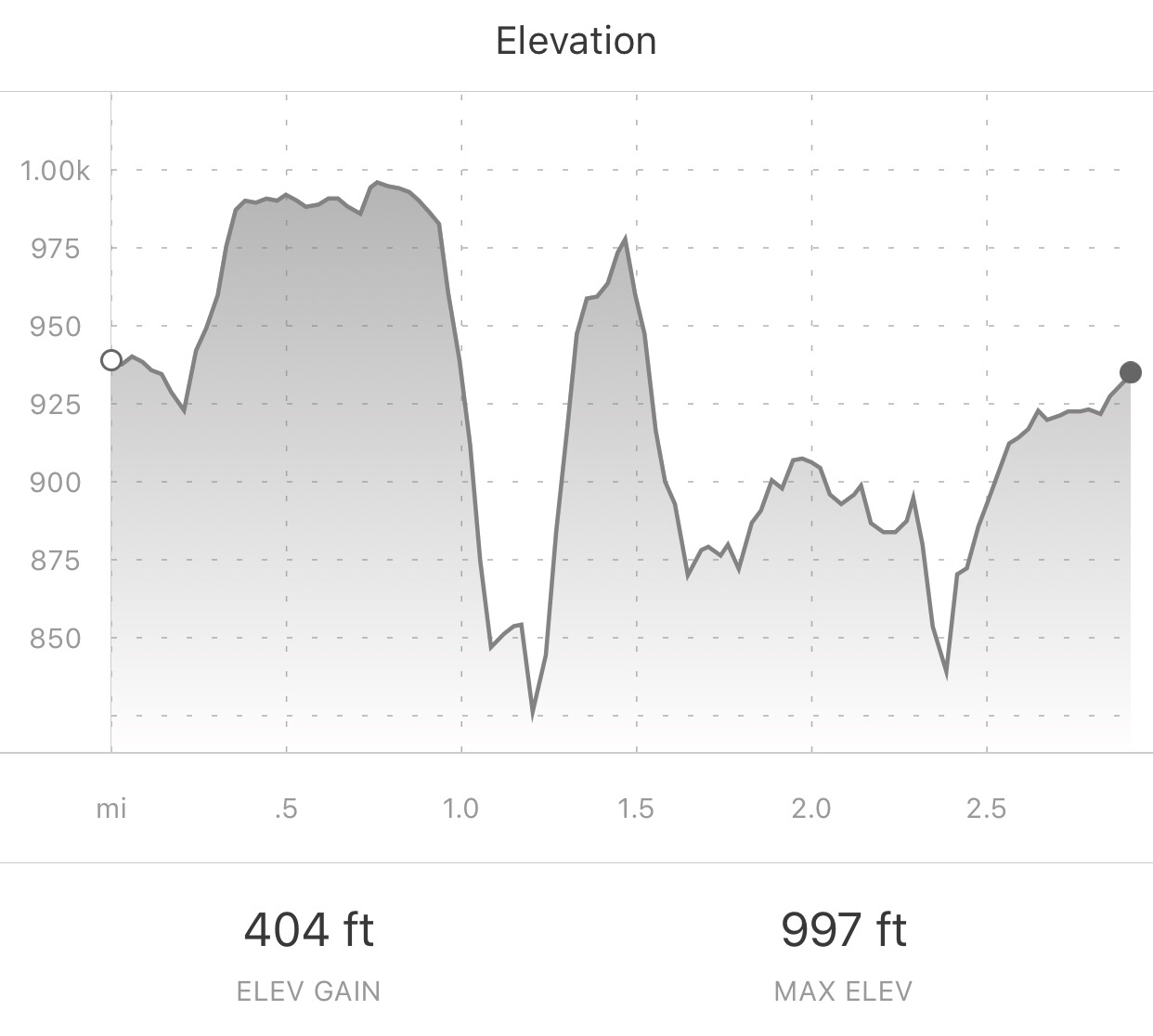 The medal is part of the Relish Running series of a triangle shape and is good quality.

The views are spectacular and I’m that person that will stop and take photos (I’m there mostly for the experience of it not necessary to get a PB, especially on a cross country race) but I just didn’t have it in me to get my phone out – having fallen over multiple times.

Everything around the course is well organised and signed so even if you find yourself on your own and no one in front, you can still easily know the course that you’re supposed to take. 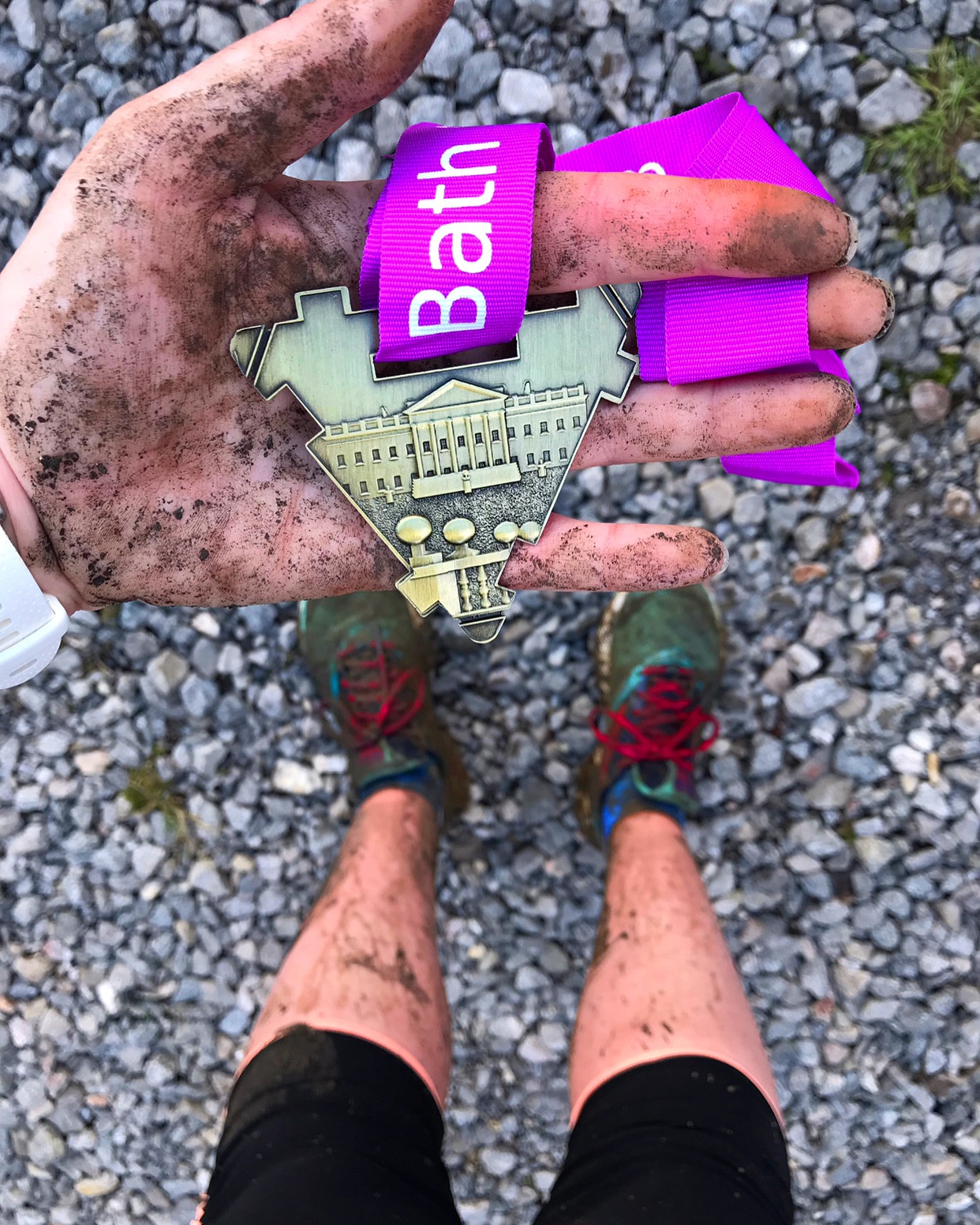 Race Unlaces
Headphones are not permitted for the race.

I fell over twice on this course, it probably doesn’t help that I’d kind of convinced myself before I was even at race HQ on the way to the race that I would! But there were very kind people in front and behind me who checked if I was ok.

It’s a two lap course for the 10k race and I’m not of a fan of these particularly, however, I did enjoy the fact that when I turned up for the race and really wasn’t feeling falling over THAT many times, I swapped to the 5k race which was only one lap.

The Relish Running races aren’t chip timed and I never ended up with a time which was recorded on the website.

There’s really not much to do at race HQ as it’s in the car park of the University. 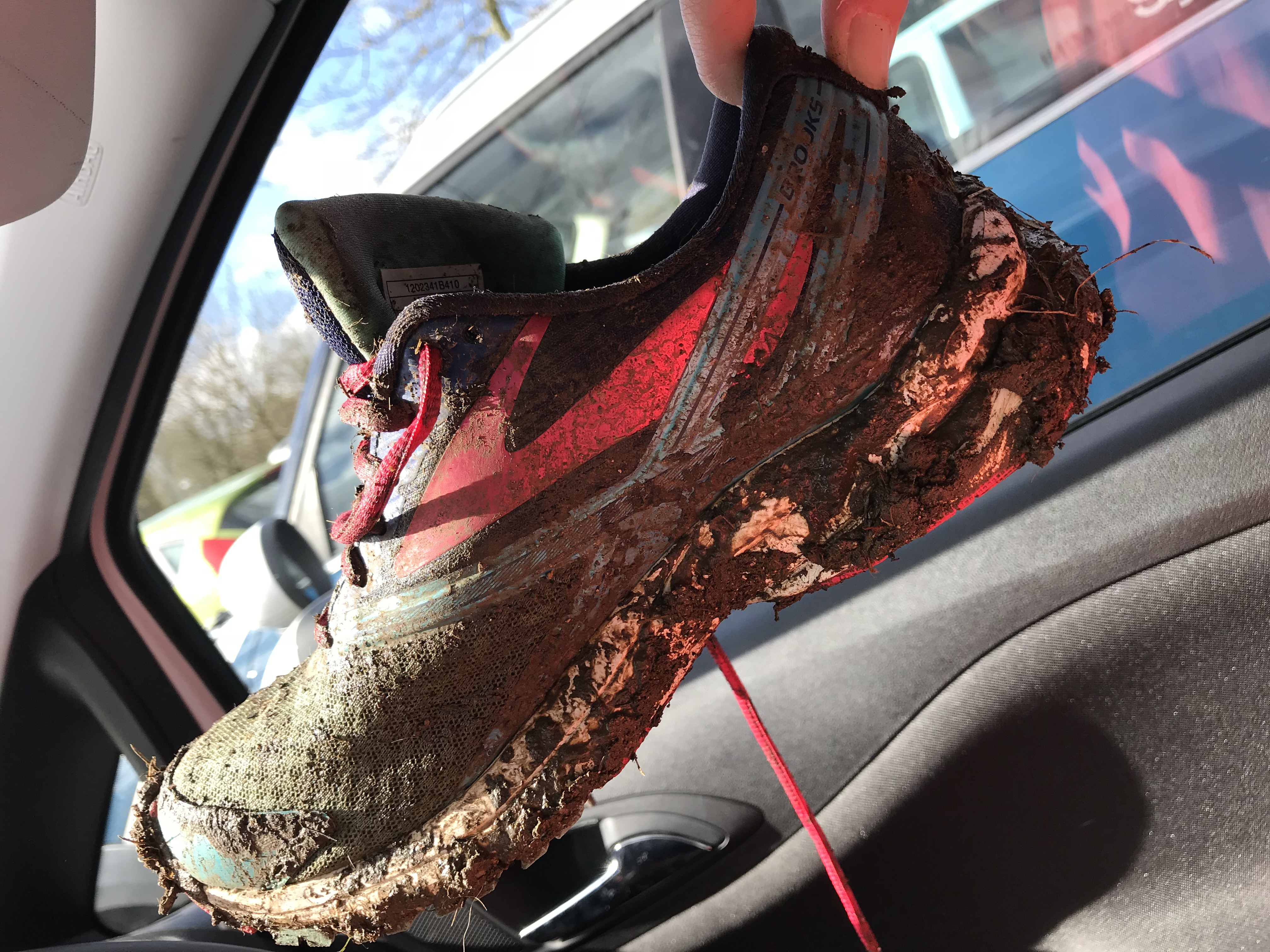 Conclusion
At race HQ you pick up your race bib number which is just down from the car park area. While I did really love this route, I’m definitely no cross country runner and I can’t believe it took me quite as long as this to get around. The route is mostly through woodland areas and that was the part that I really struggled with (and where I fell over twice in the space of around 3 minutes) as there’s tree branches, it’s super muddy and some parts are downhill and really slippery. I never know quite how people manage to get such fast times on routes like this but clearly they’re more advanced runners than I am.

Would I run it again? No most likely not, the only reason I would is for the views around the course. 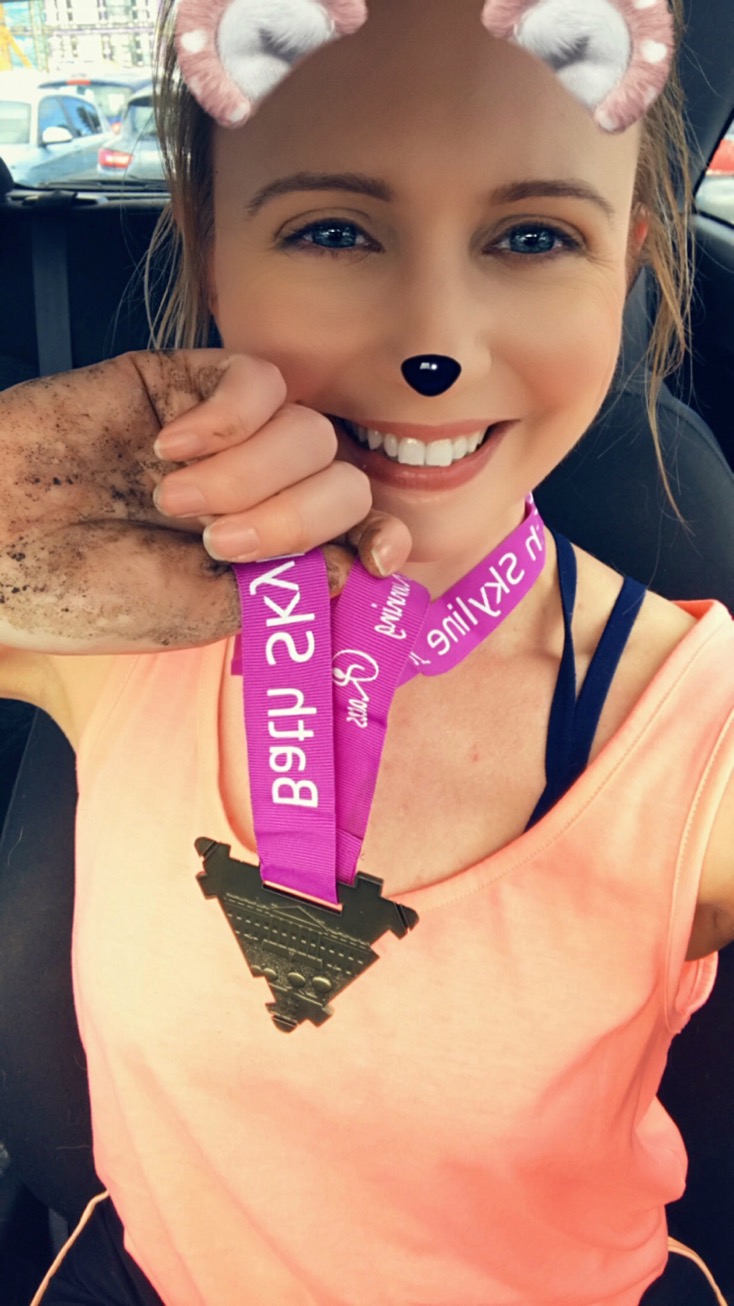