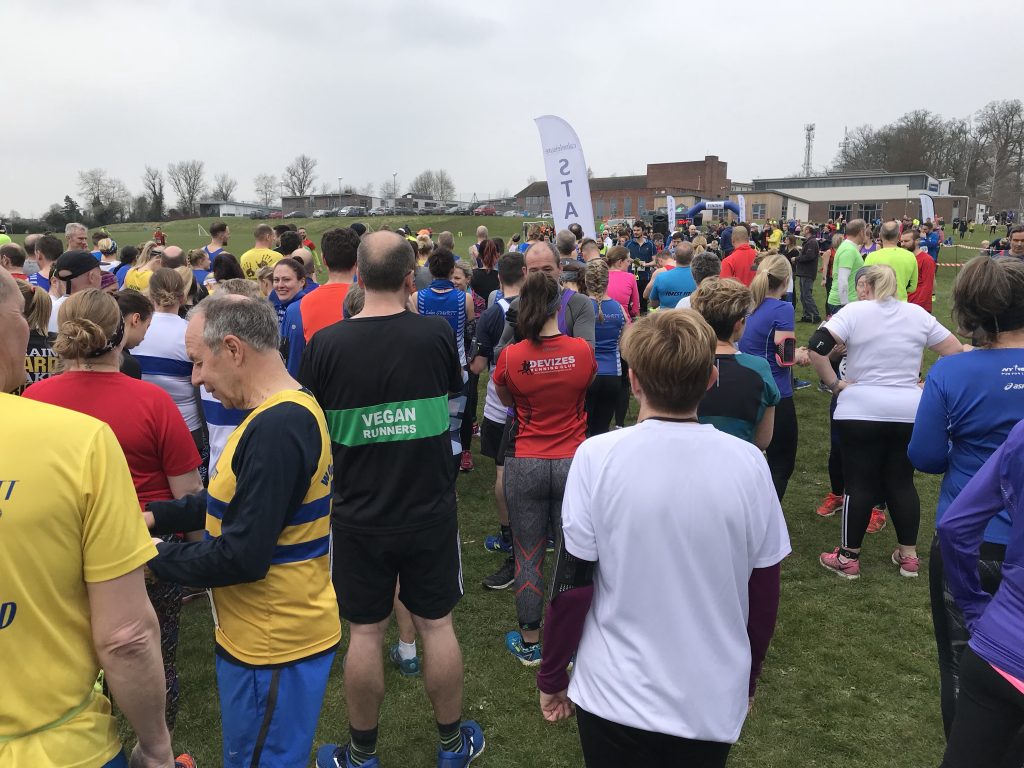 Tick Tock on the Clock but the party don’t stop… daylight savings are here! And what better way to celebrate spring on the way with a race, right! I chose to wake up an hour earlier and do the Clock Change Challenge 10k, which I felt was only right considering I’d done the autumn version back last year. I was a little sad that I’d missed out on the Cardiff Bay 10k today as I’d booked this one already BUT it’s on next year’s list.

Monday | Travelling Day
I had to travel to Swindon today for a meeting and unfortunately there was still a lot of snow on the roads. As usual, I felt completely knackered from driving (it’s not even that far) and I had a snooze around 6pm which never sets me up well for the rest of the evening.

Tuesday | Rest Day
I’ve made up my mind that I’m going to start with my photo food diaries again because I’m really not eating nearly as smart or as healthy as I sometimes imagine that I am. While I’ve been tracking my food on My Fitness Pal for some years, I don’t ever feel like it’s a good visual representation of what I’ve eaten that day. So I may be under my 1,200 calories goal (I’m 5’2), but what if all I ate all day was snacks and cake?? I much prefer to see exactly what I’ve eaten, what was the portion size and how many colours have I eaten. 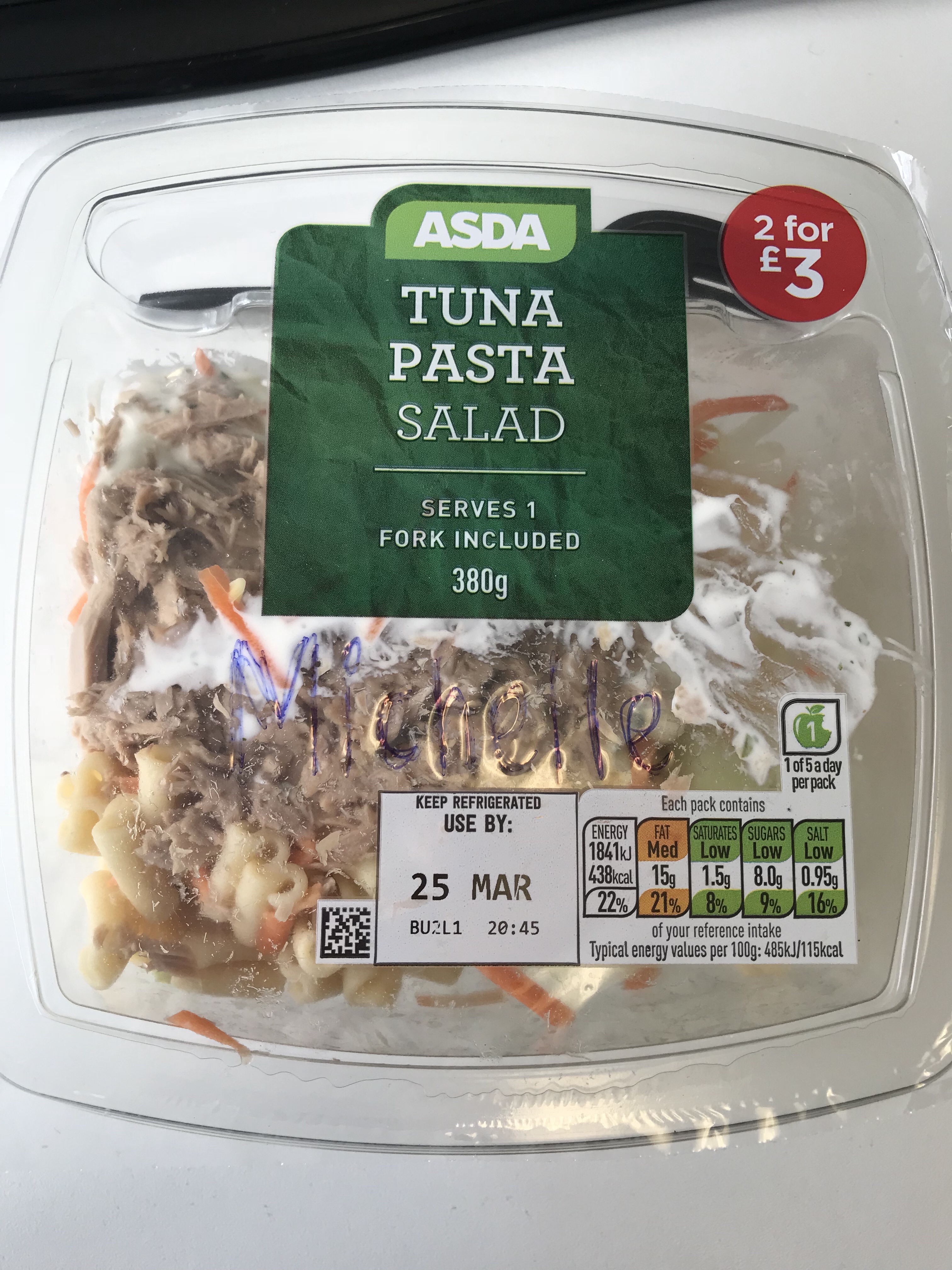 Wednesday | Hair Cut Day
New hair, who’s dis? I was having my hair cut on the evening so running was out for me today, but secretly I was pleased because I wanted to have as many rest days this week as I could to make sure I can race on Sunday. 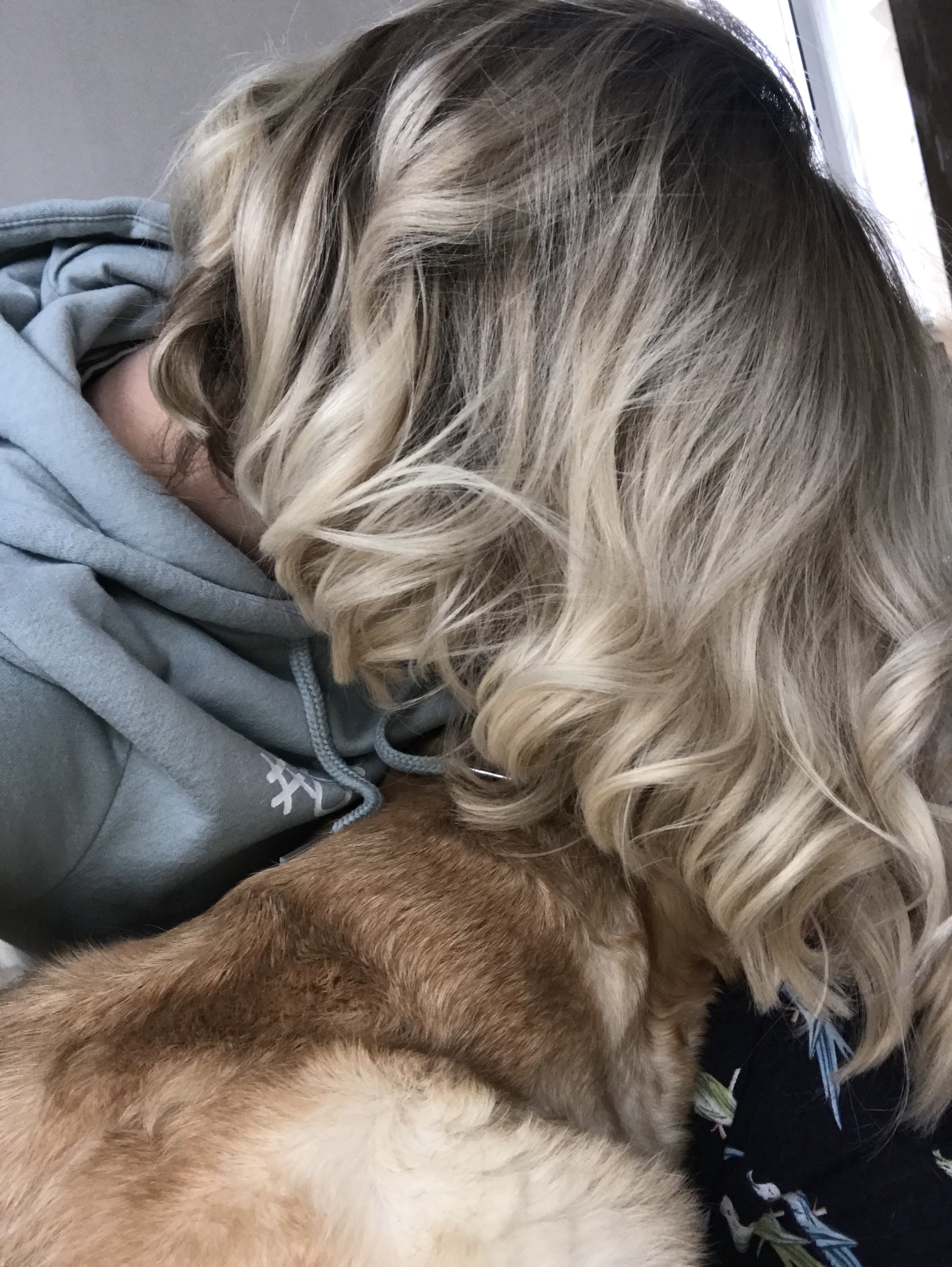 Thursday | Travelling Day
Another day of travel today to Reading and, yep you’ve guessed it, another snooze around 5pm – 6pm. I had a weird experience when I woke up from my nap as I looked at my phone and realised it was 6.10am and my first thought was ‘why didn’t my alarm go off, I’ve overslept’! So I got up, went to the kitchen to get a drink and thought I’d better get in the shower and start the day…. when I looked at my 24 hour clock, I realised that it was 6pm! The pitfalls of snoozing eh!

I decided I’d had enough excitement for today and put off my planned run for this evening. I wonder constantly what kind of runner I’d be if I didn’t have any injuries and could just go out and run whenever and however I wanted to. I literally cannot imagine what that would be like. A bit like I can’t imagine what it would be like to have a well behaved Labrador!

Friday | Run Day – 2 miles
I’ll be honest, I didn’t have a Scooby Doo what to do for the best today! I wanted to go out and test my legs because what if I tried to race my 10k on Sunday and I get a mile in and know that I can’t continue! That would just be awful! But so would running before I felt ready to. Oh the dilemma. 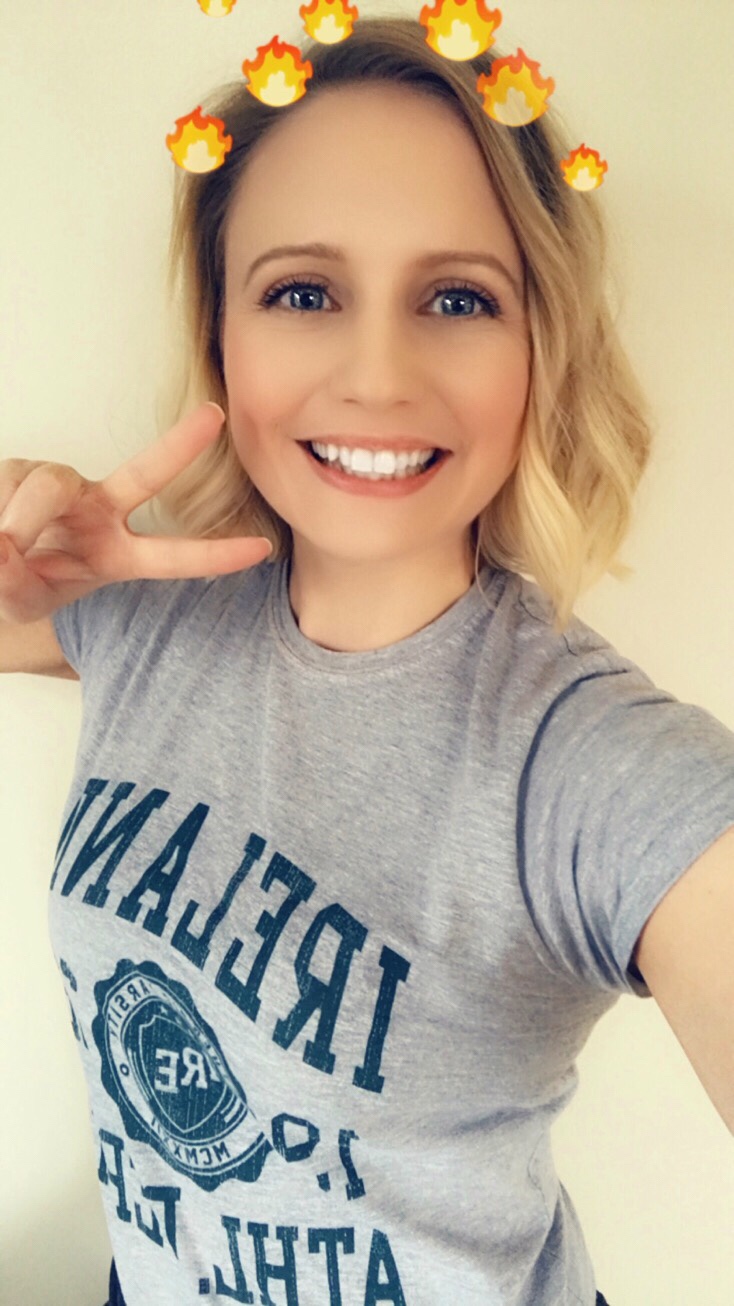 I decided to opt for the ‘test the legs’ route and then if I was still bad I wouldn’t go to my race on Sunday (which would be the first race I’ve ever missed). I won’t say that I felt 100% by any stretch, perhaps 65% would be more accurate, but I was pretty pleased overall.  I tried to push myself a little bit but not too much, the pain was still there in my legs but it was more a ‘shin splint’ type of pain rather than pain from the hips down like last week. I’m feeling a bit more hopeful for my race on Sunday now, and while I was going to go for a race course PB, I think I’ll just aim to get around injury free because that’s much more important right now.

This is always one of my fears in signing up for multiple races across the year, what happens if I get injured and can’t run them! I’m trying not to think too much about my half marathon, which is in 2 weeks. If I don’t think I should be at the start line then I won’t be, there’s no way I can risk injuring myself further and end up doing no planned races.

Saturday | Freaky Friday
Someone commented on my Instagram today (of which I’m always grateful for advice, I’m not complaining at all) on yesterday’s run post and said something along the lines of ‘2 miles isn’t the same as 6 miles, you don’t want to injure yourself further’ and it FREAKED ME OUT! I already had so many doubts whether I should race tomorrow and now it’s like a little voice in my mind telling me that I should be smarter and oh my gosh what if I prove this (much more experienced runner) right. I’m still gong to get to the race, and if I end up with a DNF then so be it…

I spent all day today working and in the evening I went to a friend’s wedding party which was lovely and met up with some of my friends. Unfortunately, because of tomorrow’s race, I had to leave early as I was getting up at 6am (technically 5am) and I do not do well on little sleep, I’m an old lady I know.

Sunday | Clock Change Challenge 10k Race
Whoop it’s race dayyyyyyy! Woke up lovely and early, damn you clock changes. I had to share my sleeping quarters with the Labrador last night and she loves to space hog (she’s cute though so she’s allowed). I loitered around before getting ready, not a morning person y’know, and then ended up rushing a little bit and I forgot my race snack! 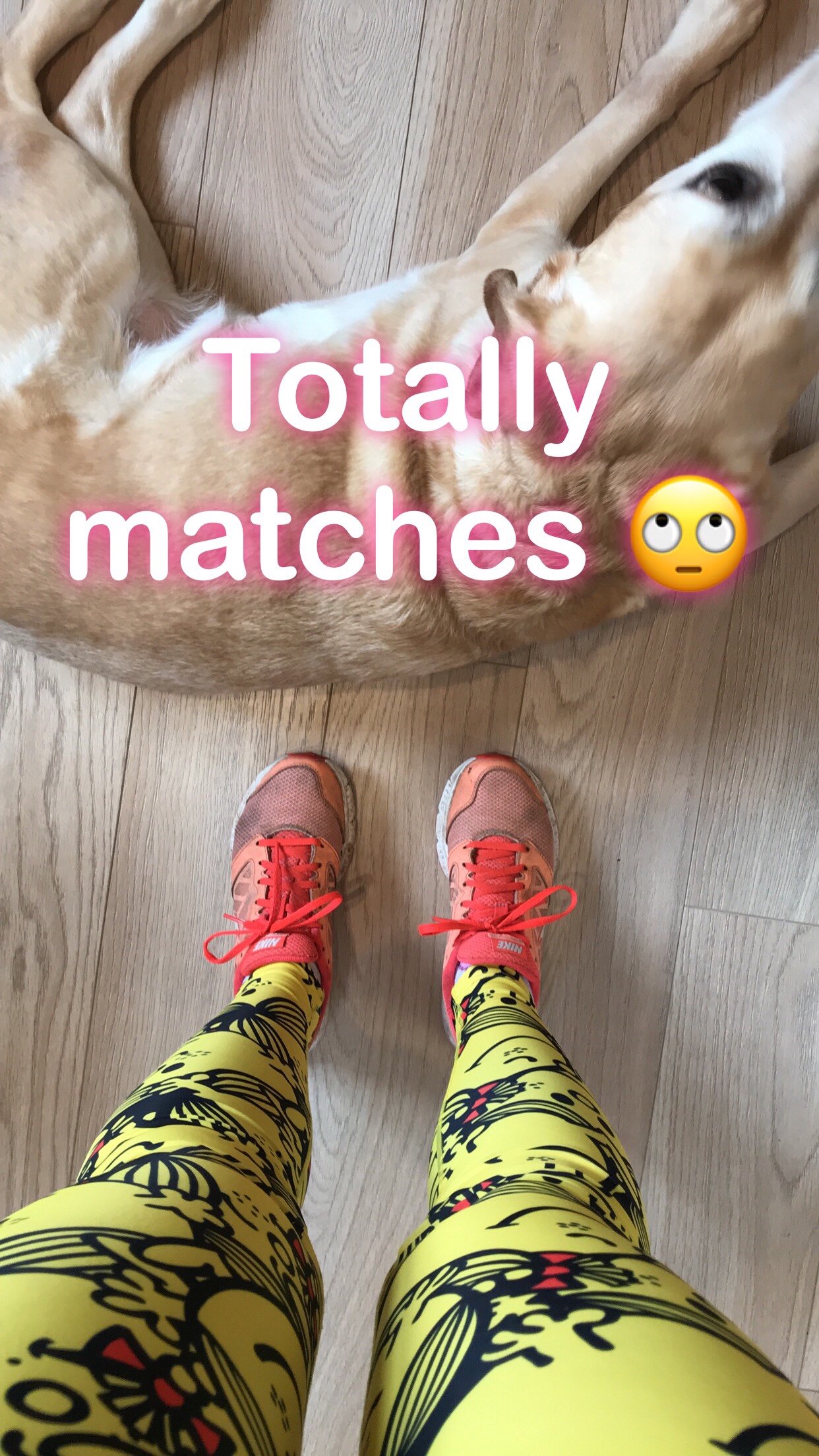 We got there nice and early, collected my bib number (the lovely lady who handed me my number said I had a fast chip and that I was going to win, so I’m expecting great things here) and ended up sat in the car for around 2 hours waiting for the race to begin. I realised I’d forgotten to pick up any pins but never fear, I had a ton of them in a little compartment in the car which was also full of dog hair and a moustache that I wore for the Mo Run last year. I was also sulking a little that I’d forgotten a snack but wait… are those some cashews on the back seat (having a messy car is sometimes handy I’ll have you know). I chomped on some cashews and sulked a little bit less. 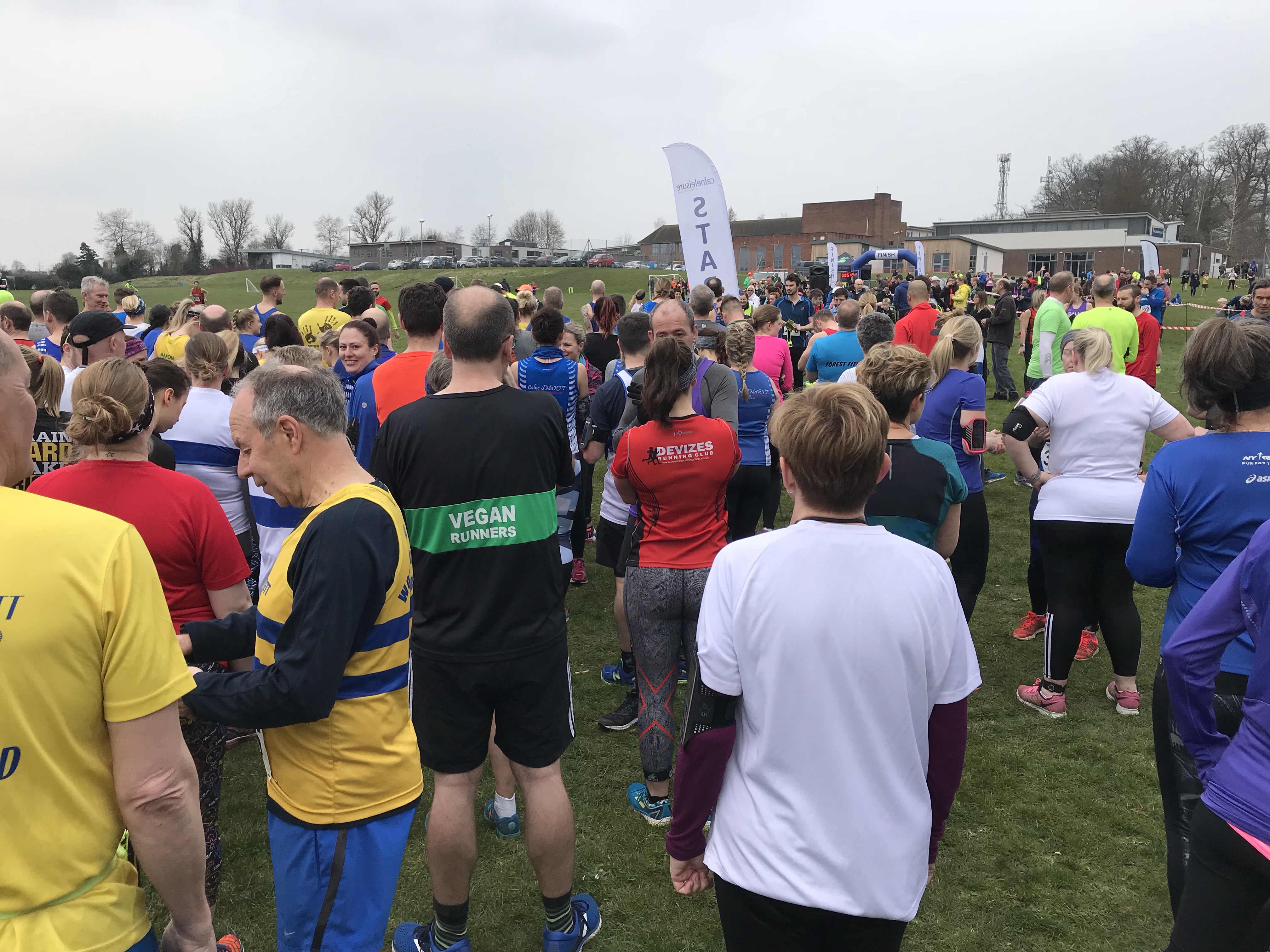 This is the first race that I’ll be running a second time around within the space of a year so I’d put a little bit of pressure on myself to at least get a course PB and if not under the hour but I knew it all depended upon my legs and how they held up. I did more stretching before a race than I usually would and set off feeling pretty good. The course is a fairly flat, completely out and back route so if you don’t enjoy the way out, you definitely won’t enjoy the way back as the last 1k or so is painfully uphill.

The route is all around country roads, all of the roads are open to cars and other vehicles, which can sometimes make for a challenging race, but if you enjoy seeing sheep, listening to roosters and smelling country smells then you’ll love this one. 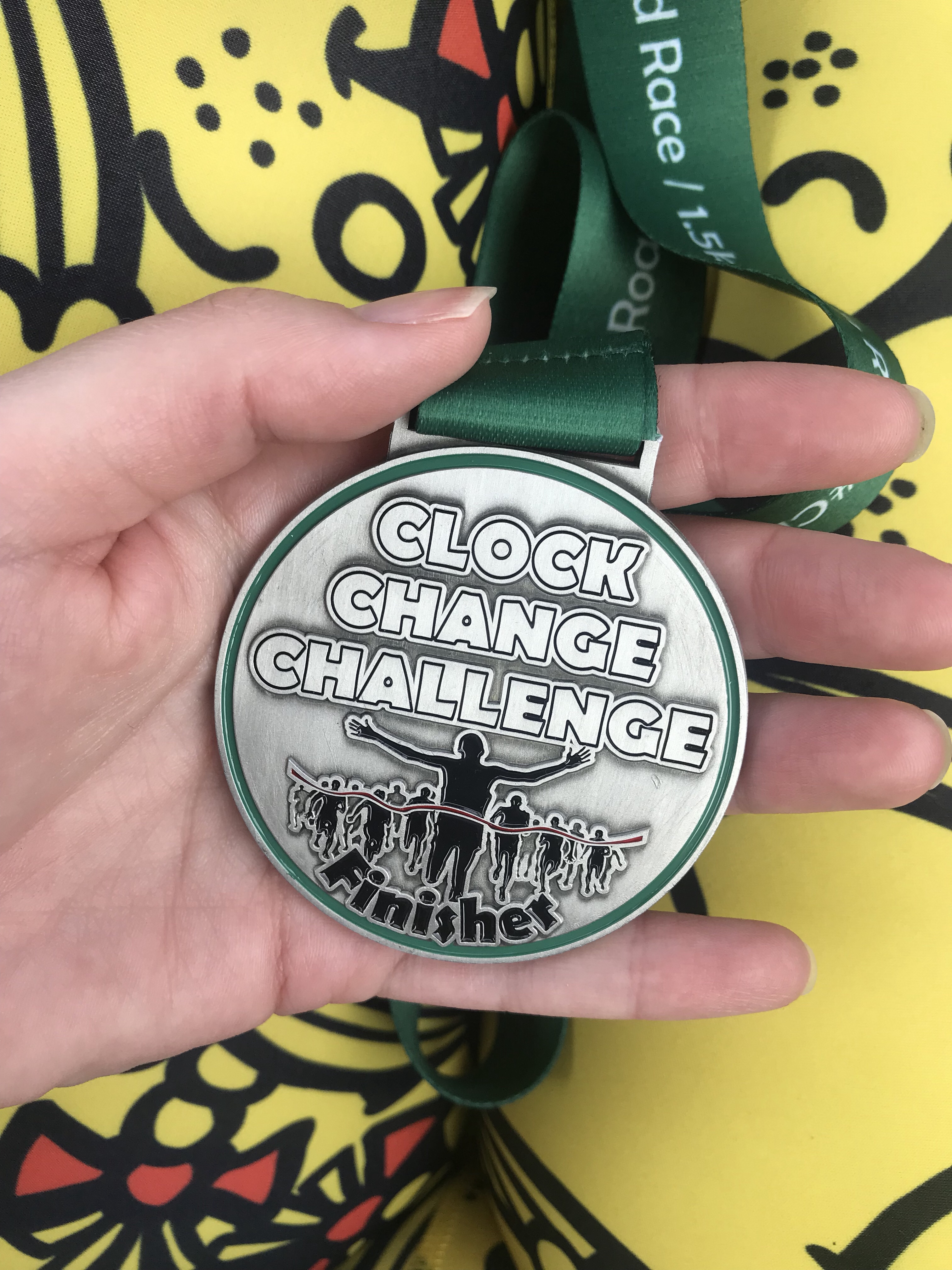 I seem to be using a different running tactic in 2018, which I’m sure I’ve mentioned in a previous post. I’m pushing myself to overtake when I reach the person in front instead of loitering behind them like a vulture as I have in the past. Even if I’m struggling, I’m still finding a little burst of energy to overtake and then I’m focusing on the next person in front and it really makes me feel like I’m making progress in a race. I think one of the reasons I’ve started doing this is when I look at the race results and see that 5 people were just in front of me and I could have ended up a little further up the finishing list, it makes me kind of annoyed with myself that I didn’t try harder.

At the start of this one, it’s challenging to get a good pace because you’re running on the pavement and there’s no room for overtaking. I panicked a bit and tried to pick up the pace a little as my first mile was not going to do well for my overall time. Time seemed to go really quickly for some reason and before I knew it I was on the final mile. I made a point of not looking at my watch as I didn’t want to disappoint myself if I wasn’t going to course PB and now I’m kicking myself for not checking it!! 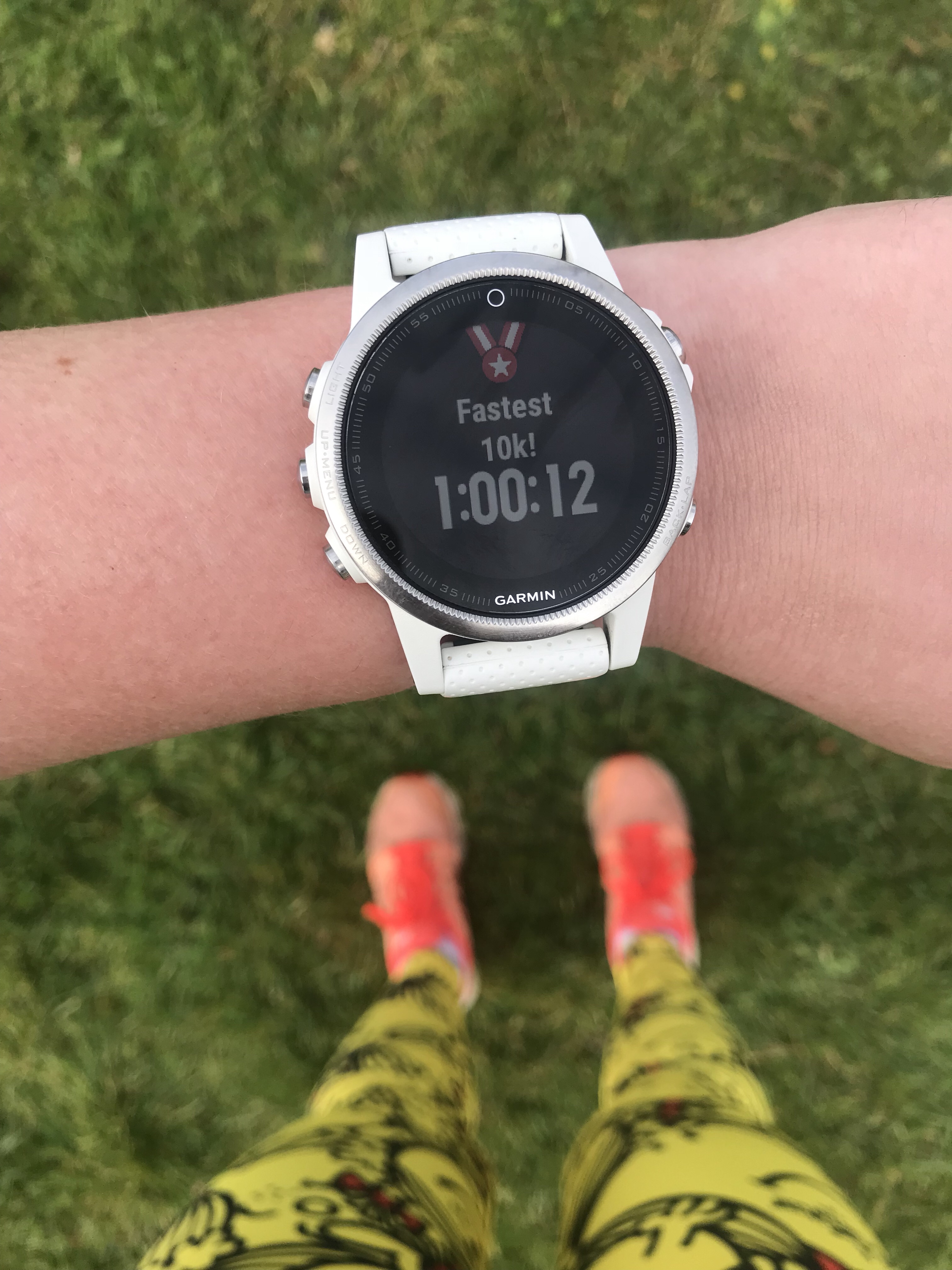 I’ve only ever managed to get one race under 1 hour, I’ve been very close before with a minute or 30 seconds over but if I’d had checked my watch I’d have known that I was 12 seconds over an hour…… absolutely gutted! But the biggest victory for me was that I shaved 4 minutes off of my course time and more importantly, it was entirely pain free. To say that I’m over the moon is an understatement, I’m feeling a tad more optimistic about my half in 2 weeks (although let’s be honest, I’m grossly under prepared for it but injuries can’t be helped).

I also have to mention that I got somewhat of a special mention when I’m crossing over the finish line, the announcer said that I had ‘the most amazing leggings in the whole wide world’ so that made me smile haha. 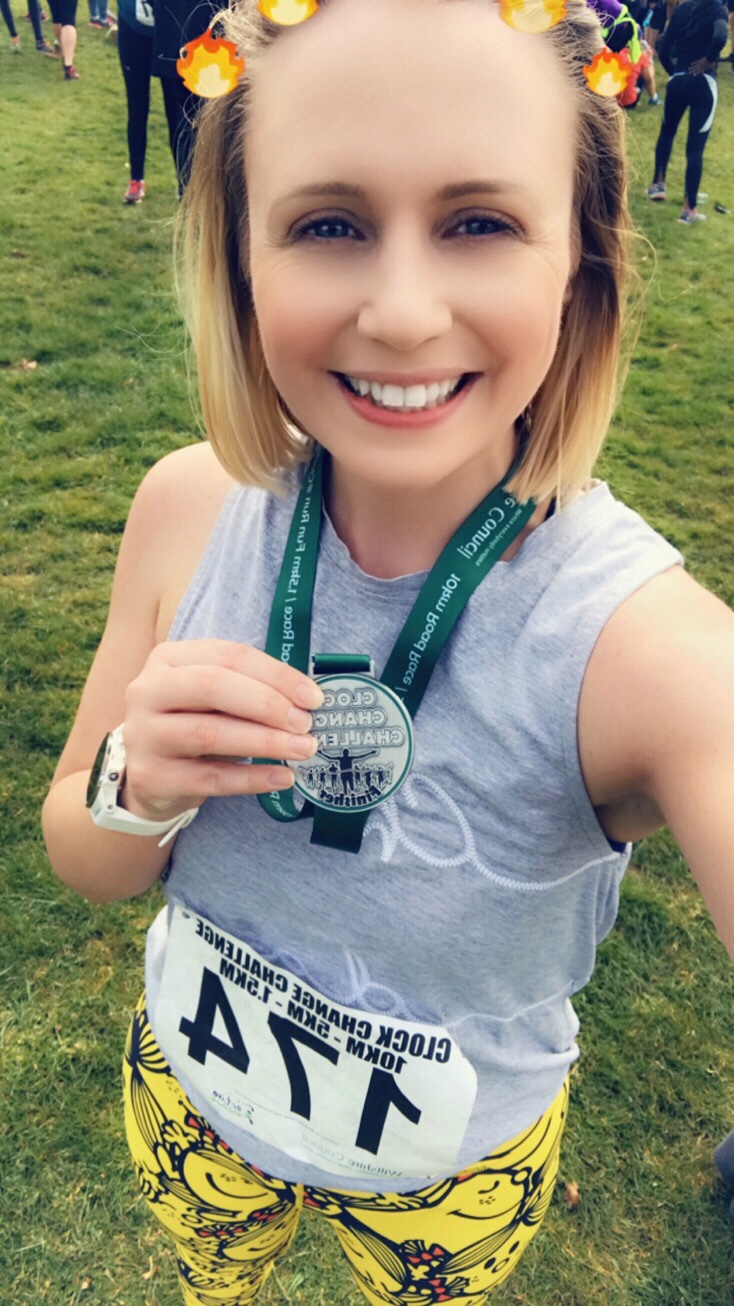 I hope you’ve all had an amazing, injury free, week and I look forward to catching up next week in the penultimate week of my half marathon training. Please keep all of your fingers and toes crossed for me that this week’s training is tip top!