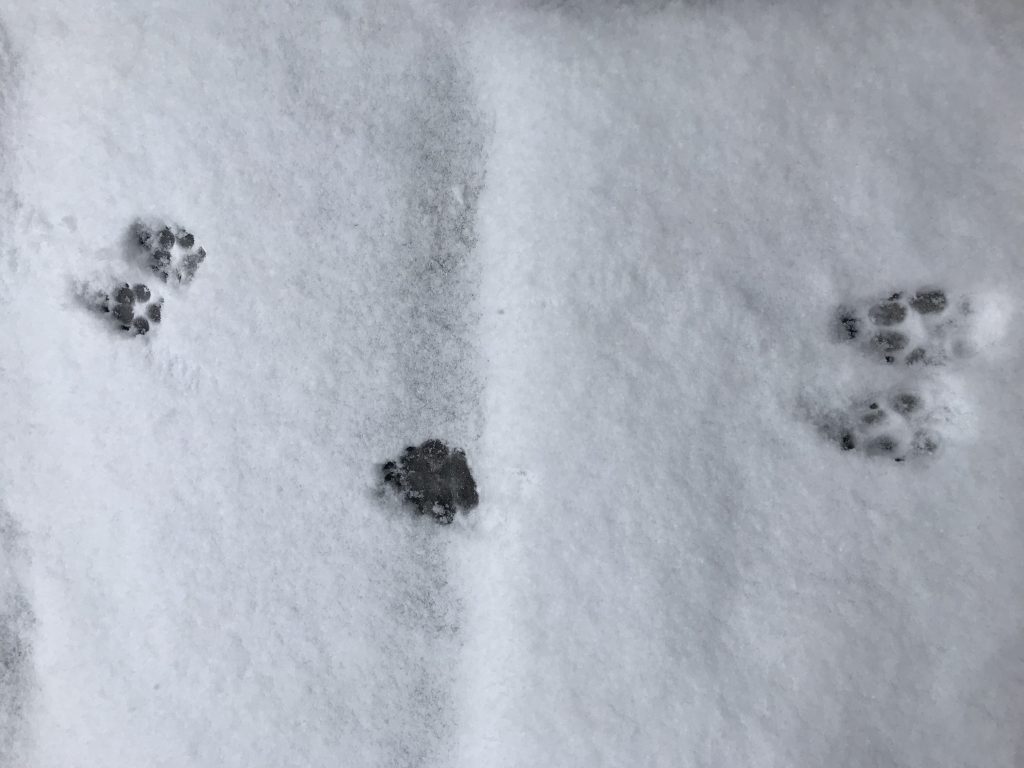 For goodness sake, the Beast of the East is back! Just when England had finally got back to ‘normal’ the sight of snow is again upon us and has cancelled more races this weekend such as the Weston Super Mare Half Marathon, Bowood House 10k and Reading Half Marathon! I will say, I’ve been super lucky in that respect. I had a race in between the last flurry of snow but I was going to sign up for the Bath Half (couldn’t get in as it was full) and the Weston Super Mare Half (but I thought it was expensive) and both of these were cancelled. Even so, it hasn’t been a great week for me running-wise…

One race I missed out on this weekend was the Frampton Globe Trot, which sold out in 4 hours! It’s definitely going to be up there with the races that I want to do in 2019 as it looks like so much fun.

Monday | Rest Day
My legs were still super tired from yesterday’s race but not in a muscle soreness kind of way, they just felt a little weak noticeably when I was walking upstairs. Other than that I felt great and was still on my runner’s high from the Minchinhampton 10k. Checked the stats today and I was 280th out of 471 runners and the 104th female out of 257, which I can’t say I was crazy about but I know I ran to the best of my ability. 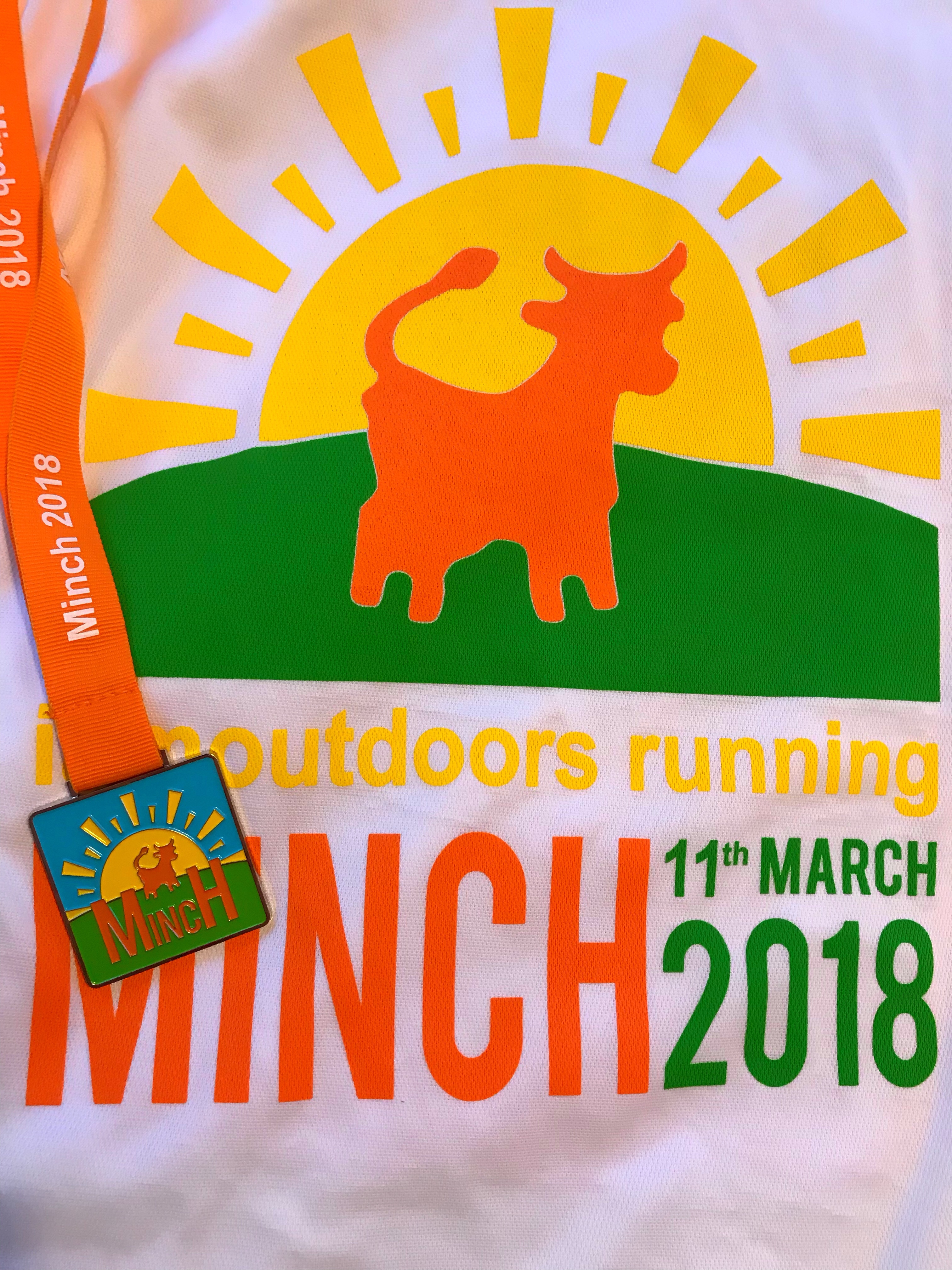 Tuesday | Recovery Run 5k
I debuted one of my pairs of running shoes the Asics Patriot 8s which I’d purchased in a 5 (a size bigger) and they were great, they felt nice and comfortable but I do feel like I’m missing some cushioning and I feel quite heavy footed when I’m striking the floor. I’m on the hunt for some more expensive ones but I’m still out doing my field research (aka doing a poll on my Instagram and seeing everyone else’s favourites).

All of that aside, this was an awful run as my legs didn’t feel like they belonged to my body and my top half felt like Phoebe from Friends with my arms flailing all around. I don’t normally run like this (I’m 87% sure that’s the case), however, that wasn’t the worst part. I had terrible pains going down the inside of my legs after around mile 1 and when I got home my knee was not in a good way. My legs felt like they were planks of wood and really seized up so I did around 15 minutes of stretching and they seemed to have eased up a bit. I had a bath later on and by the end of the evening they were feeling a little sore but pretty good otherwise. Perhaps my legs were still fatigued from Sunday’s run? 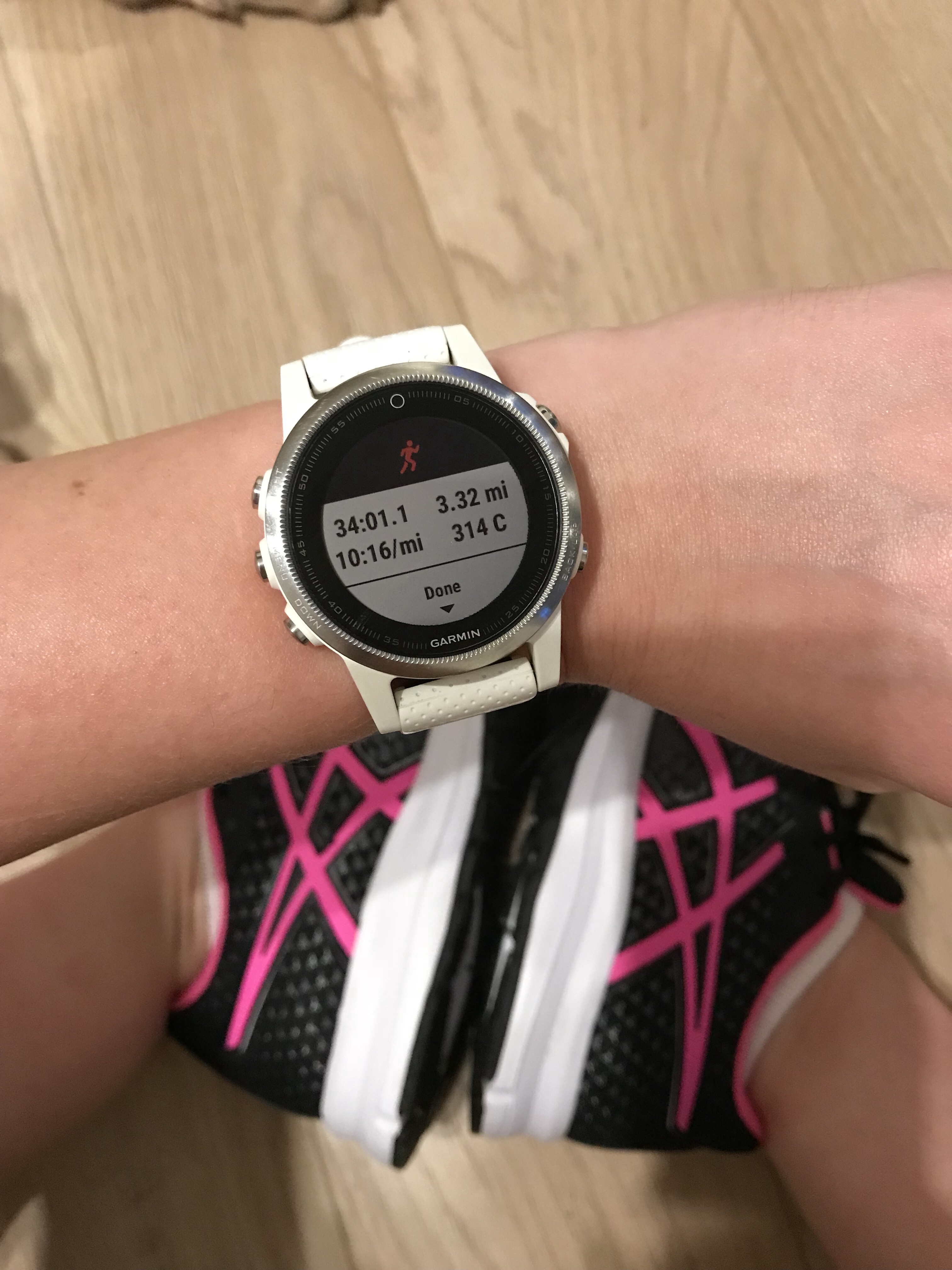 Wednesday | Indulgent Day
It’s my Mum’s birthday on St Patrick’s Day so we went out for dinner tonight and we both had lovely steaks and deserts… I regret nothing, it was delicious.

Thursday | Rest Day
I was going to put myself to a run today but I decided that, after Tuesday’s disaster of a run, I’d give myself another rest day just to make sure I was fully recovered. 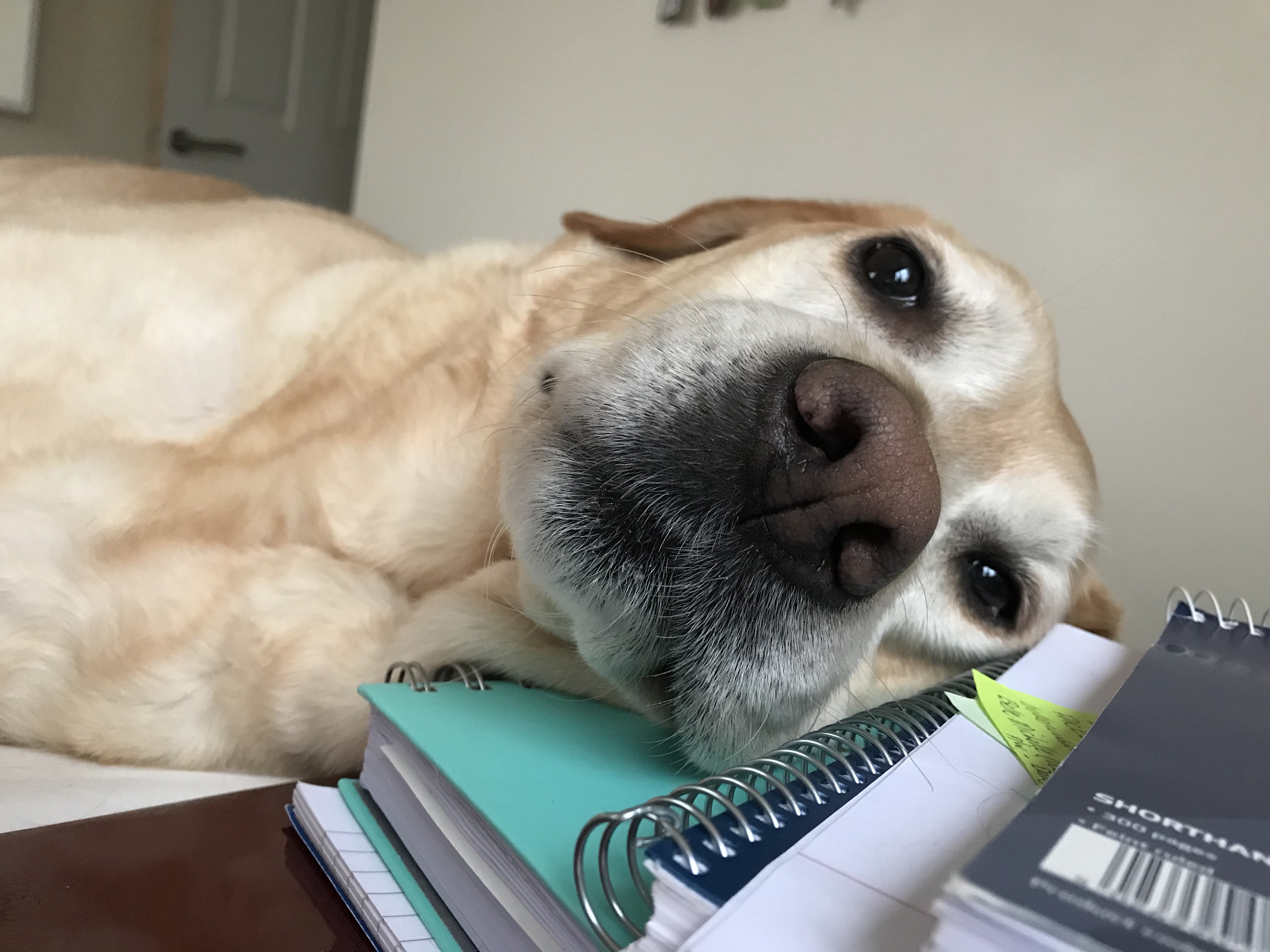 Friday | Worst Run of My Life 1.9 miles
Today was like no run I have EVER had before in my life (dramatic aren’t I).

I figured that because of Tuesday’s pain following my run I was going to do roughly 2 miles around the block and then come home and do a dance workout. I started off strong, perhaps a little too strong, and had to ease myself back a bit as I was supposed to be taking it steady. I managed around a mile in relative comfort and then the pain started. I couldn’t even pinpoint where the pain was but it was pretty much from my hips all the way down to my feet and I nearly cried at one point in sheer frustration that I was actually not going to be able to continue running. 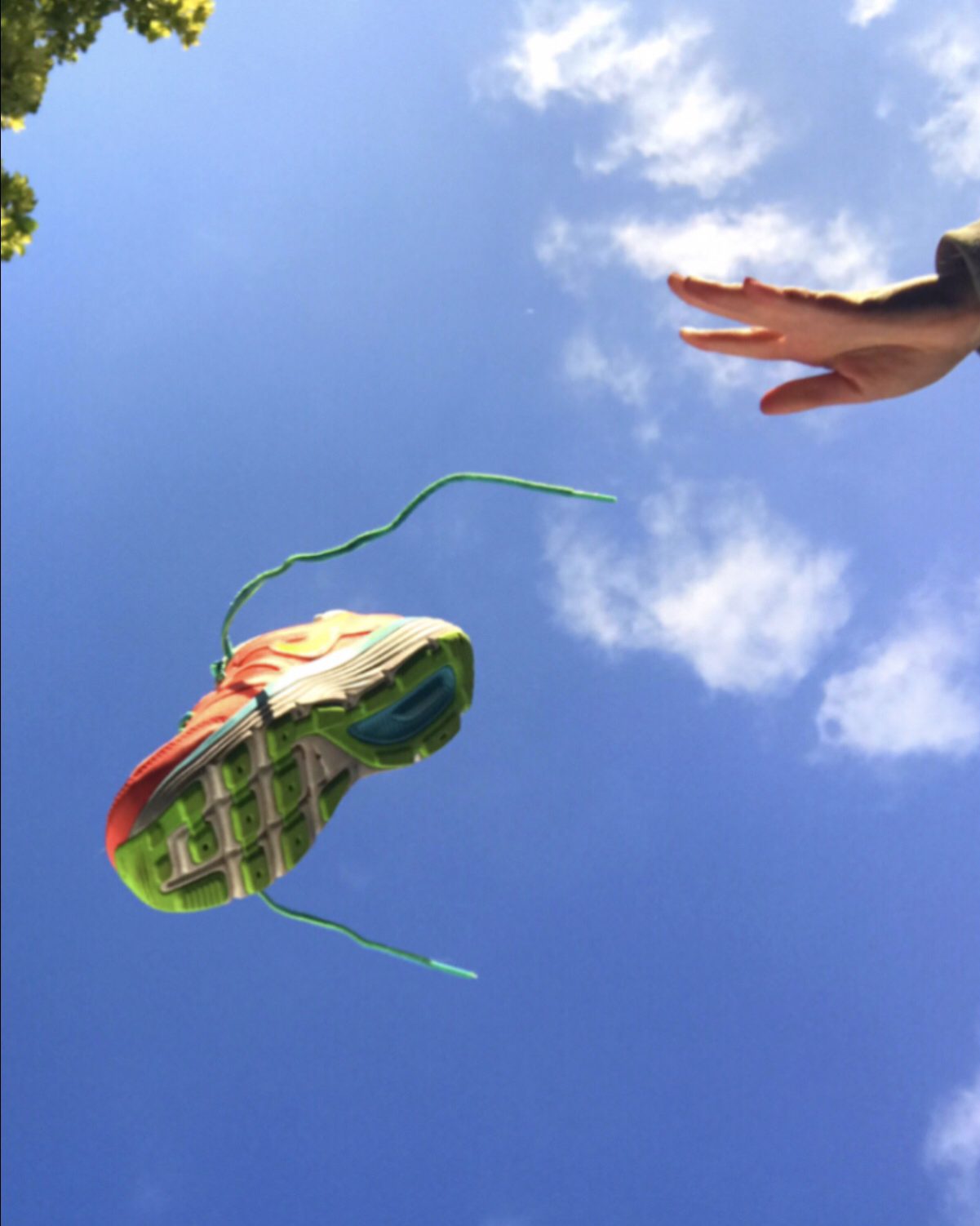 So for the first time ever, I stopped running and had to hobble the half of a mile home in the cold. When I got home, things went from bad to worse, I couldn’t even stretch out my legs at all they were so stiff! I knew I had to try and do some stretches but I just physically couldn’t. I then started to think of all of the races I’ve got coming up (one is a 10k next weekend) and that I just might have to pull out of my half marathon in 3 weeks time.

Surely my legs can’t still be tired from Sunday’s race?? They felt absolutely fine! What’s really strange though is I got in the bath and had a bit of a sulk but by the time I got out my legs felt pretty much fine again, with the exception of a little calf pain. Yes they still felt tired and yes they ached a little bit (more than you’d expect from running only 2 miles) but they felt good… what on earth is going on?? 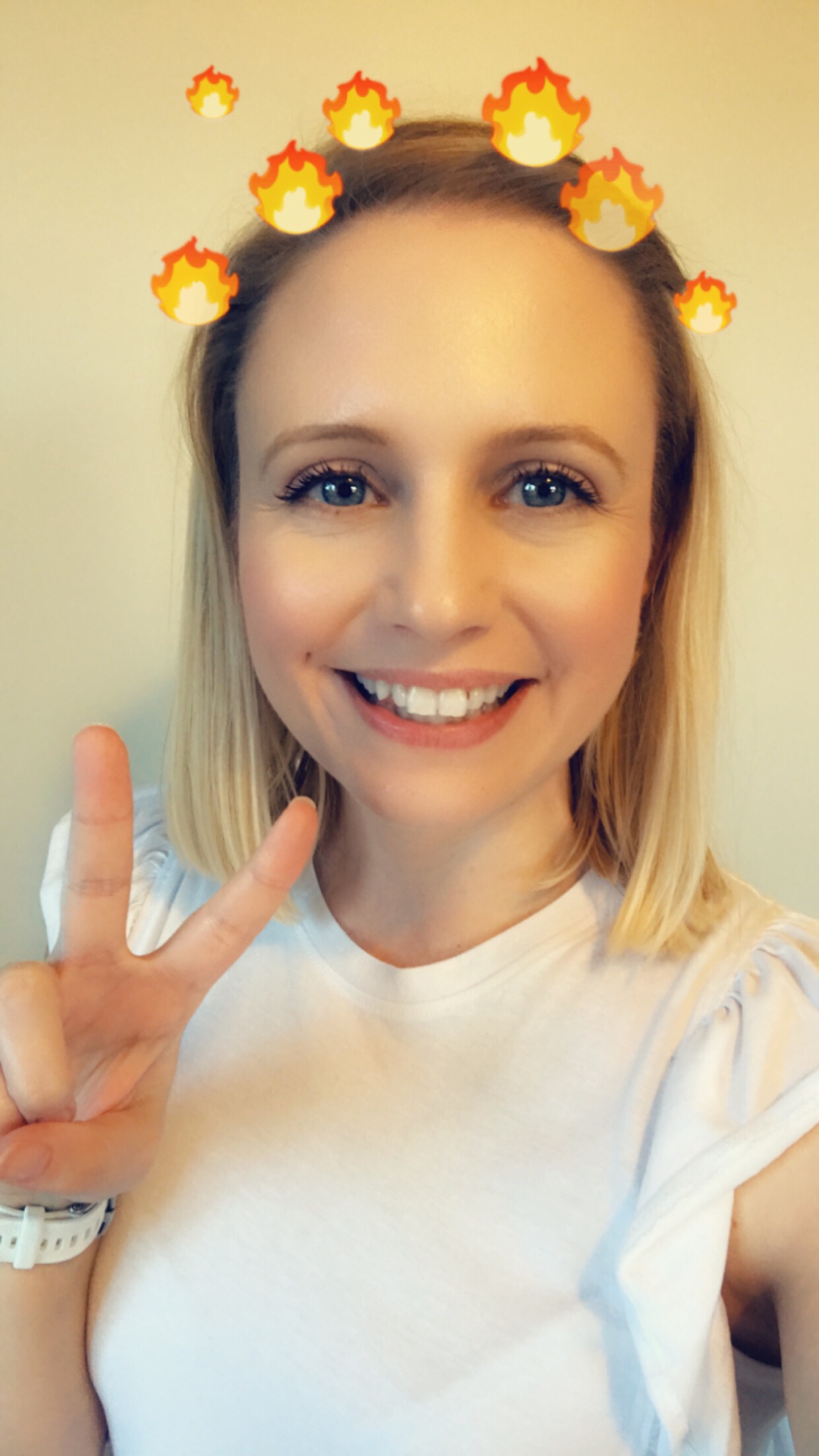 Saturday | Rest Day
I had lots of work to get done today so I was sat at the home office pretty much all day. My little chicken nugget of a Labrador wanted to be close to me so I pulled her bed up and she slept right next to me while I worked. 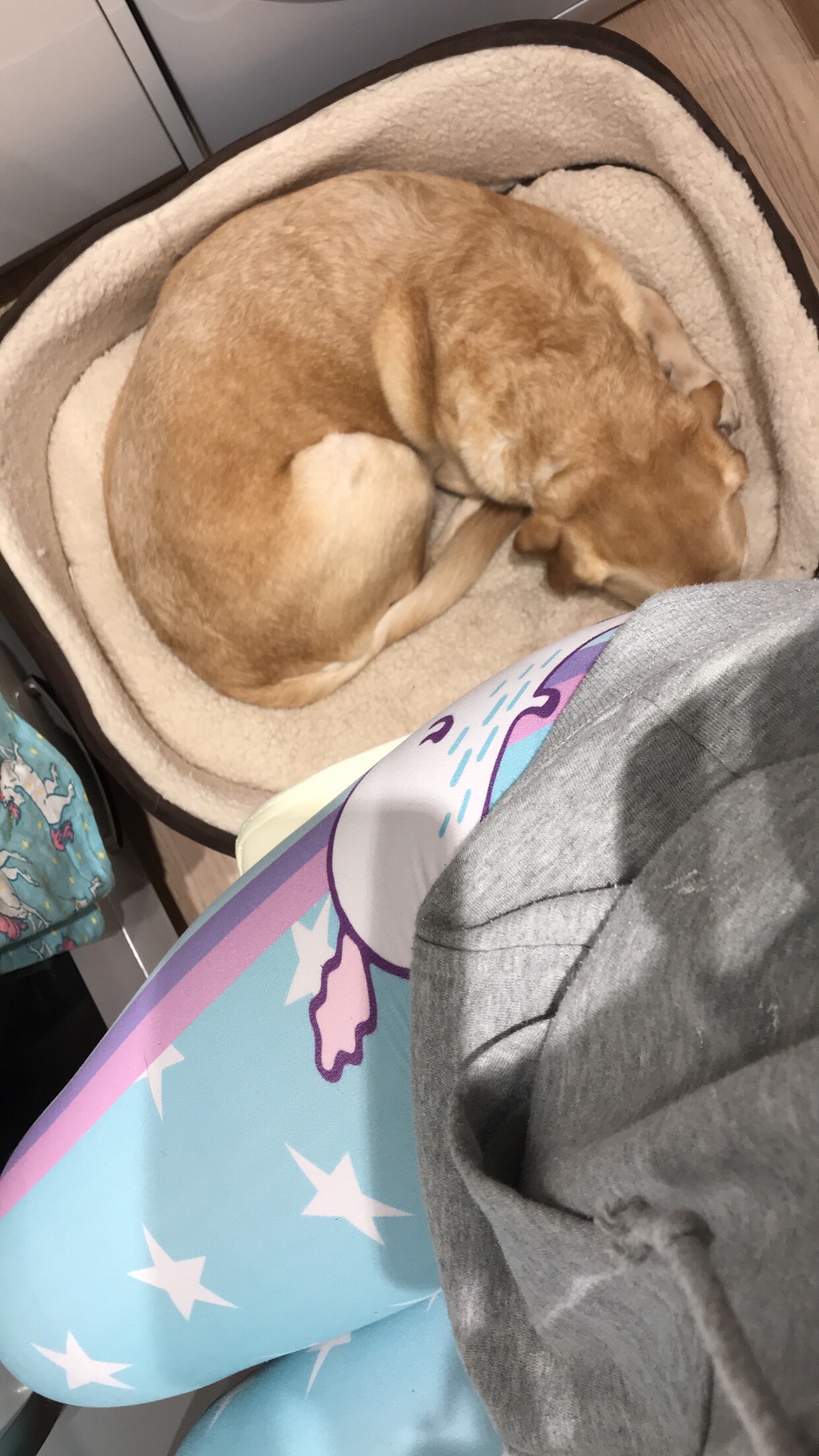 I had a glorious package delivered today… as if I needed any more… my new Tikiboo leggings arrived! 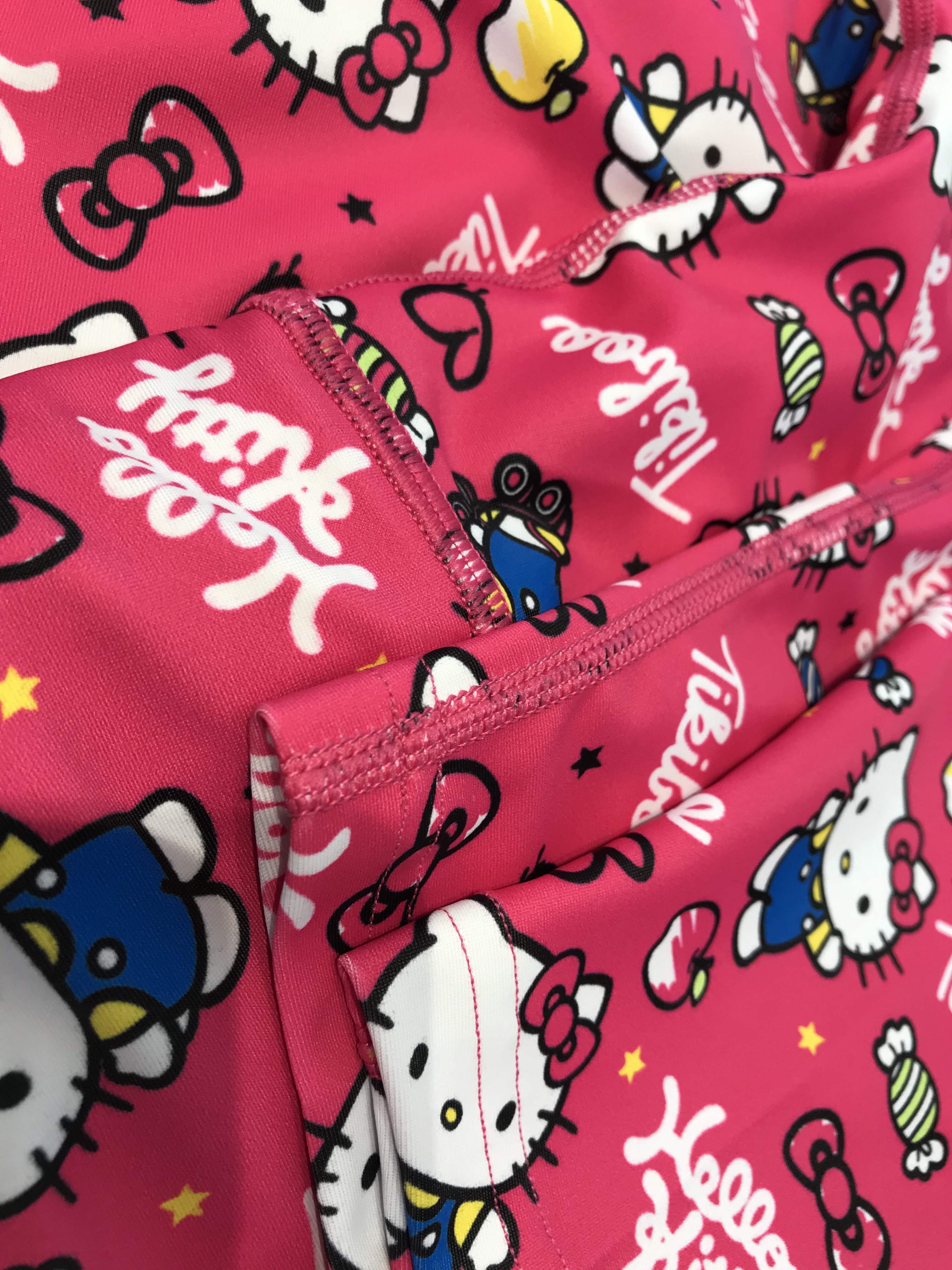 Sunday | Snow Day = Spin Day
Today was supposed to be my long run day and I was going to try for around 8 miles. The Beast of the East had other ideas though and, to be honest, after the pain of this week’s two runs I don’t think it would be very smart of me to attempt to run that far even if we hadn’t had snow again. I am getting ever concerned that I haven’t run further than 6 miles in a very long time so if I manage to get to the start line of the Devizes Half, I have no idea how well I’ll be able to run it.

Anyway, enough of what I can’t do and more of what I can do! Thankfully I have my spin bike to fall back on when running is out of the question and because I couldn’t do my long run I decided that I needed to do a ‘long cycle’ instead. I wasn’t sure what that consisted of as I’ve only really done 45mins – 1hr before but my logic was, if I’m running a half marathon, 2 hours would be about right in comparison. 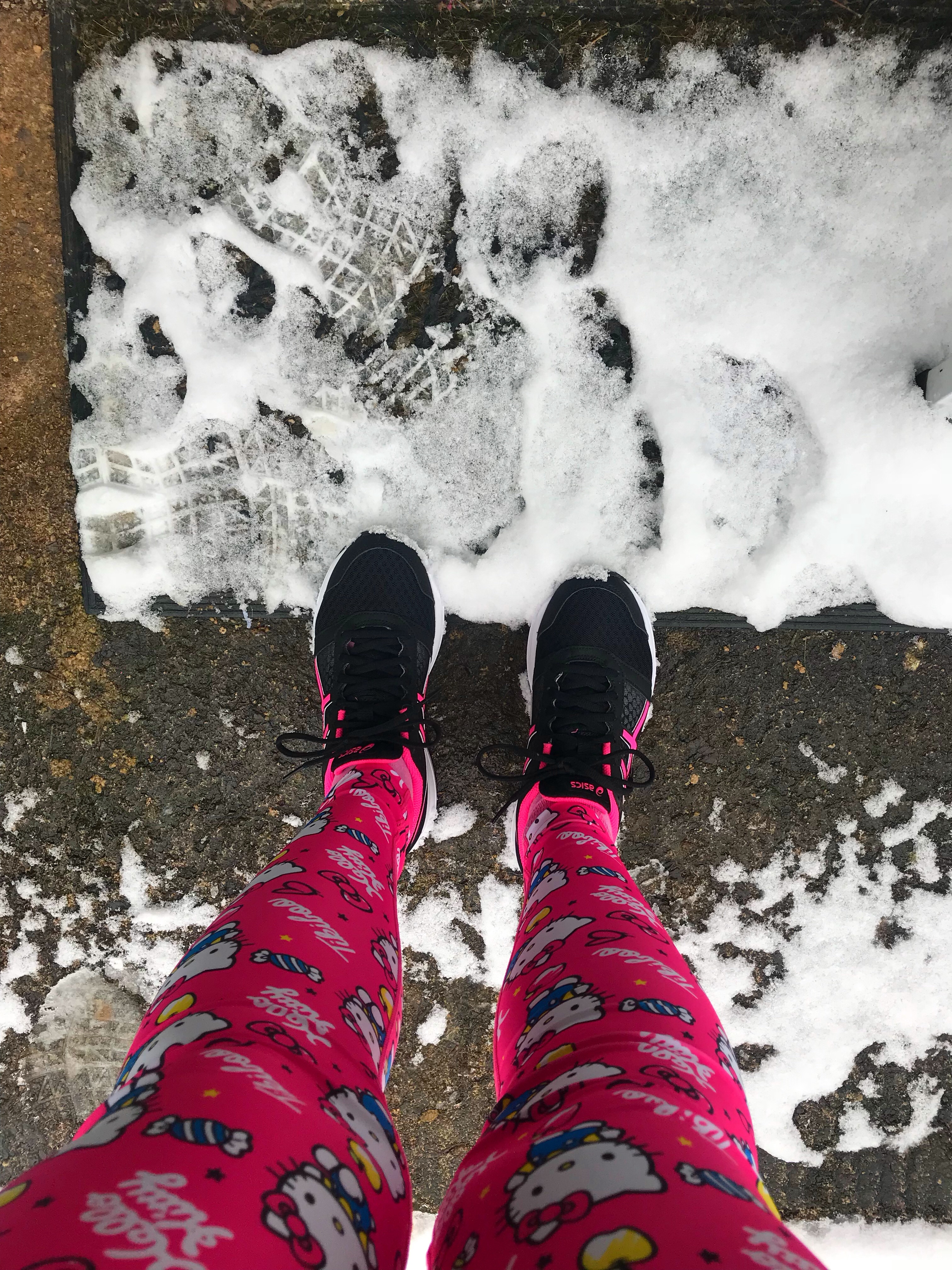 I put on the film Revenant to distract me but it was pretty gory in places so I spent a lot of time looking away (which wasn’t the plan). I tried to do some variations of spinning and did: – 30 mins flat road running, 30 mins hill climbing, 15 mins flat road, 15 mins hill climb x 2 which totalled 70 miles. My legs held up really well and I definitely put them through their paces. Plan A was to tire my legs as much as I would if I was running and I’m pretty sure I managed that as I couldn’t get up off of the sofa later in the evening… 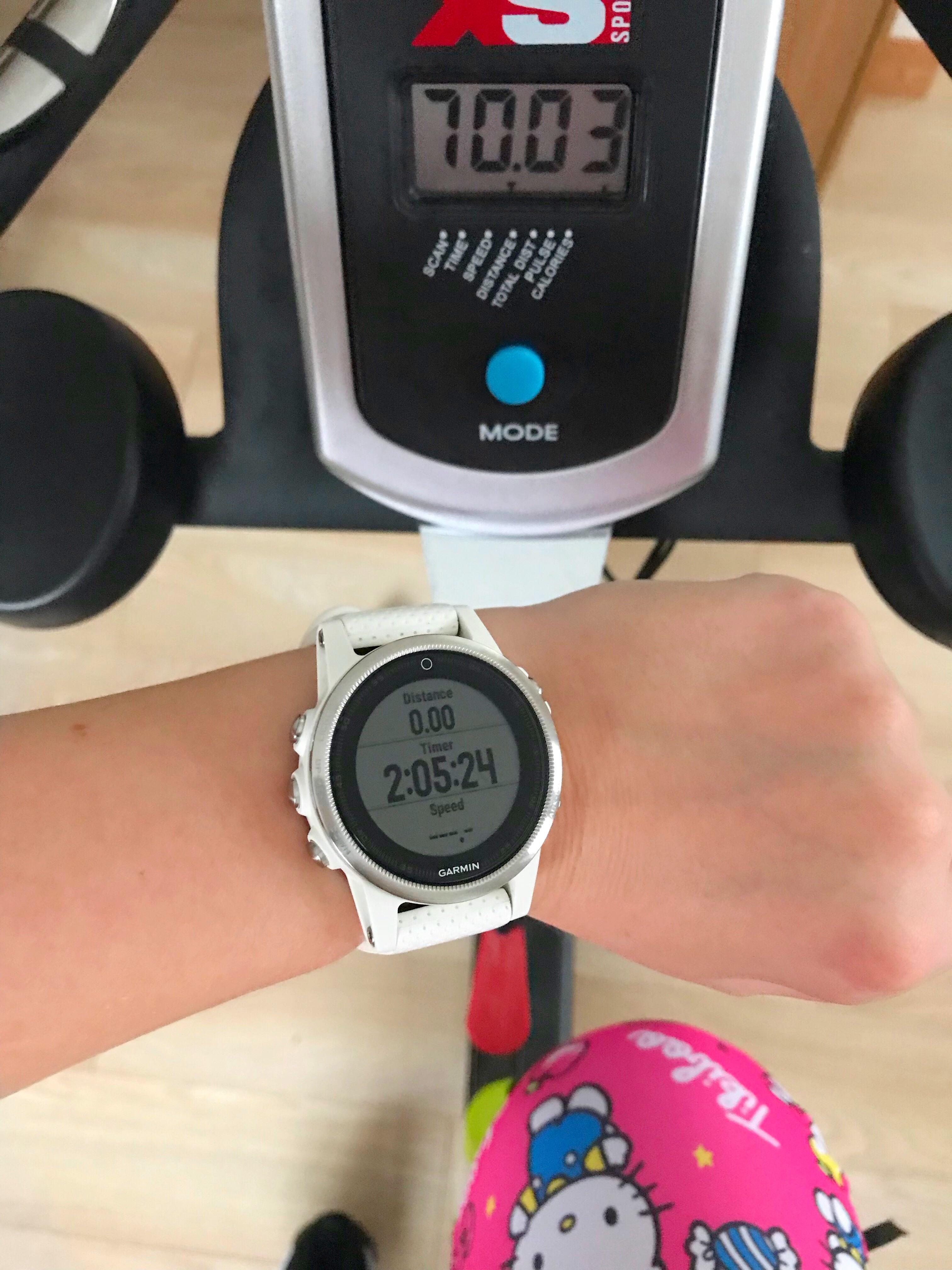 So that was my week, mostly filled with disappointing runs but I managed to claw it back with a good spin. My plan next week is to do a gentle run during the week and a couple more spin sessions and I must do more stretching and foam rolling (don’t I say that every week…).

I hope your week has been awesome. Let me know what you do when you can’t get out and run.