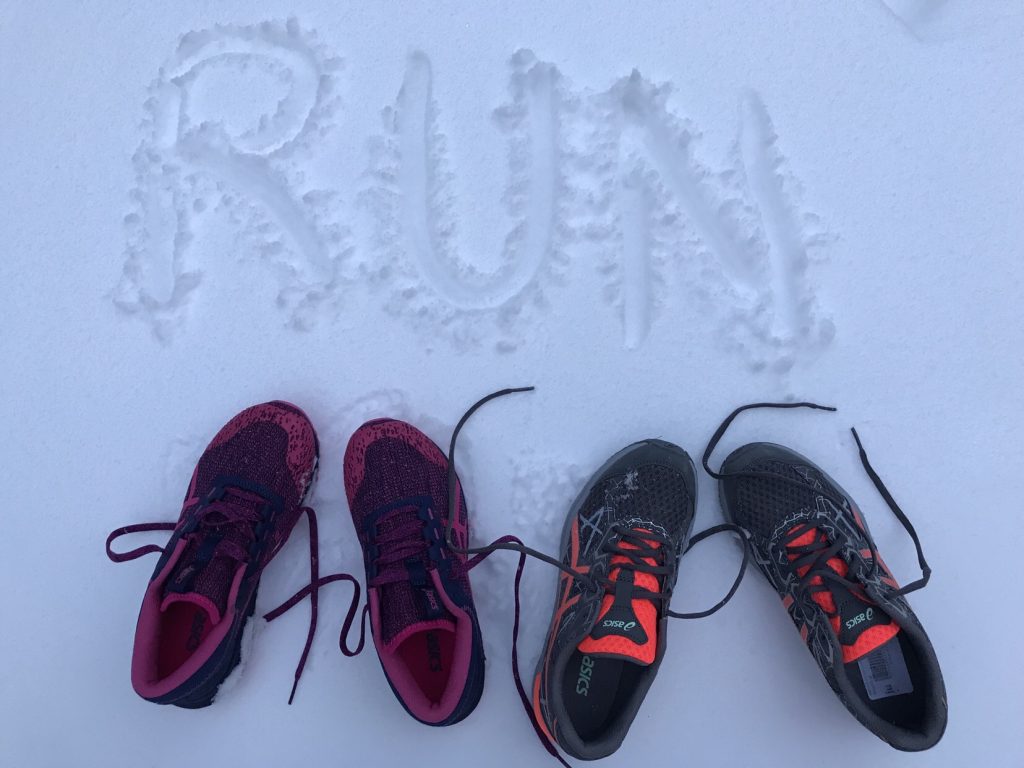 We welcomed the ‘Beast of the East’ this week and I’ve gotta say, I’m pretty relieved I didn’t manage to get into the Bath Half Marathon this weekend as it didn’t go ahead which is a shame! England was pretty much at a standstill on Friday and Saturday due to the high volumes of snow and I ended up having two days in the house because it was just too dangerous to drive anywhere.

Monday| Week 6 | Rest Day
I was working away from the office today and after a good few hours in the car I was knackered. That and having a poorly pup, I’ve been missing out on some sleep these past few days. I welcomed a lovely early night with the heating up watching some Friends on Netflix.

Some photos went up on Facebook of the Slay the Dragon 10k race yesterday and I have to give massive credit to the photographers because they were so encouraging! Usually at a race I don’t even see a photographer but on Sunday they were shouting out things like ‘come on ladies, let’s have a massive smile, you’re doing great’! It was much appreciated and I actually ended up with a photo of me running and smiling (alert the elders this has to go down in history). 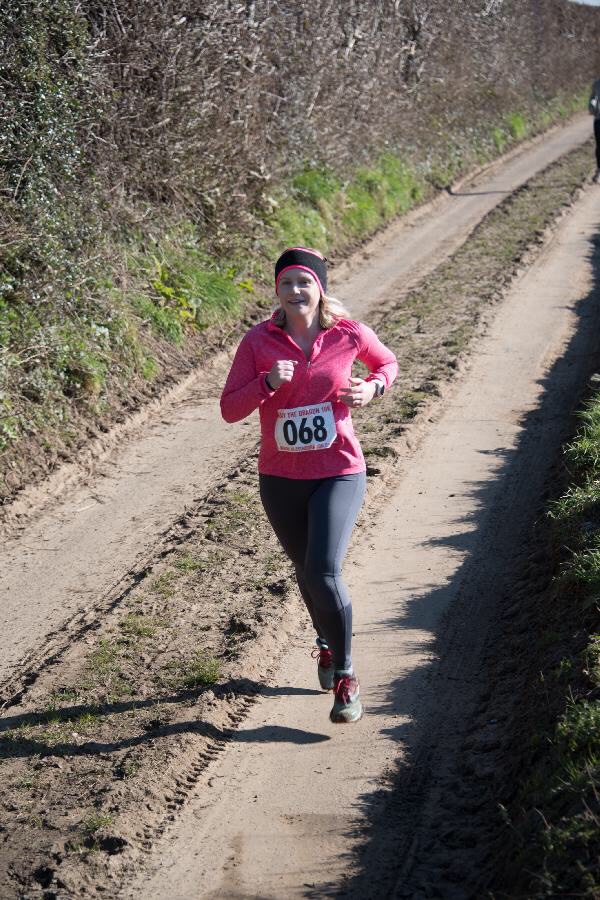 Tuesday | Week 6 | 30 Miles Spin Bike
It’s beginning to look a lot like…. spring will never get here! What’s with all this snow??

I’m not one who shirks away from running in the cold weather but I just didn’t have it in me today so I went on the spin bike while I watched Derren Brown’s The Push (he’s my not so secret crush, I just adore him).

I perhaps didn’t push myself as hard as I should/ could have but my legs were still a little weary from Sunday’s race and I’m still tired from getting up with the dog in the night. So. Many. Excuses. 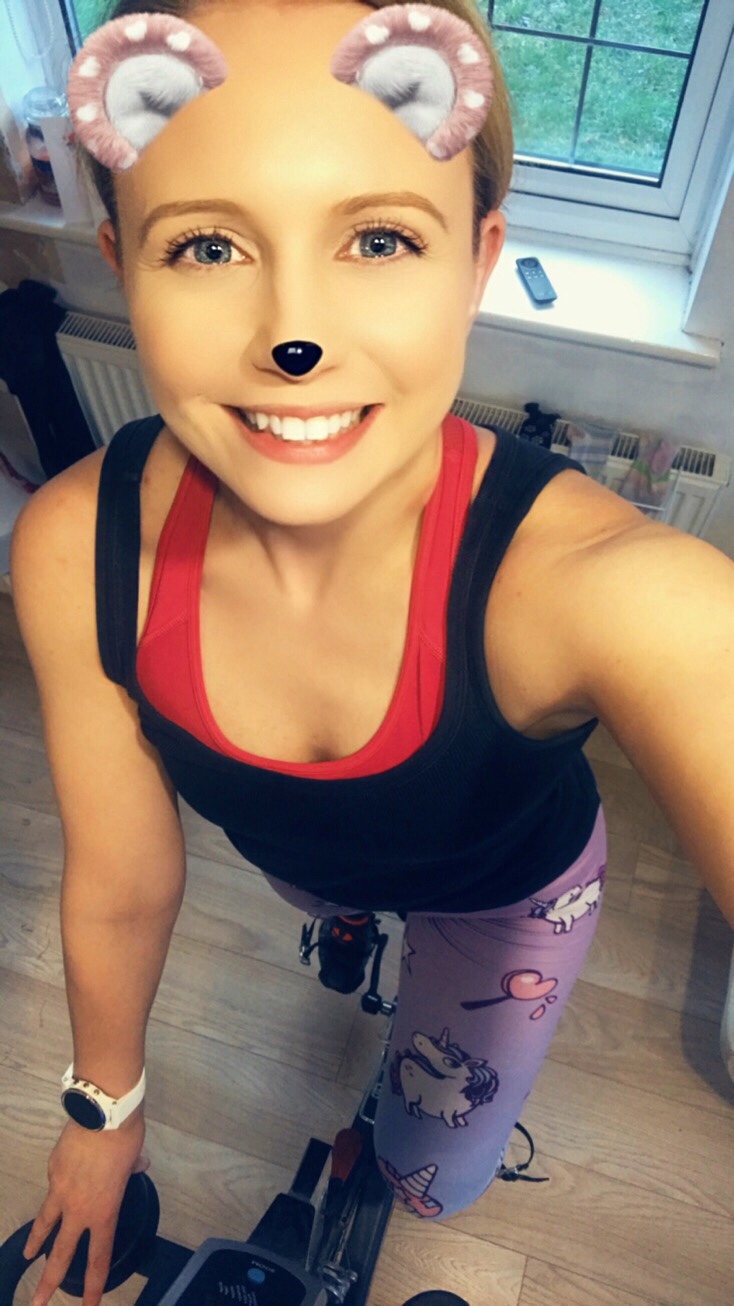 Let’s have some real talk here, I was this close to sitting on the sofa and eating snacks…. but I’d weighed myself this morning and did NOT like what I saw staring back at me and that was a massive incentive (let’s ignore the fact that for dinner I had some party snacks and a cider)!

Wednesday | Week 6 | Reflection Day
I always enjoy analysing weeks and months gone past and try and work out how I can make the following months better. I’m a stat nerd and I write everything down and pour over where I went wrong and what I did well. You’d think that I’d be some kind of planning genius and have my life together right…. well not exactly.

This month I feel like I did pretty decent mileage considering how my legs have been. The change up in running shoes I think had helped massively and I did many more miles than I had planned.

I’ve also not been neglecting my stretching routine after running and it’s made a huge difference in my opinion as my foot pain is zero while running and nearly zero the rest of the time. Fingers crossed it stays that way!

My problem is (and always has been) my diet. I know exactly what to eat as I’ve eaten healthily pretty much my whole life and have managed to maintain my weight easily. However, lately I’ve had an appalling diet and this habit has been hard to kick and the scales are showing that. It doesn’t help that I HATE cooking… with a passion. It brings me zero joy except for the fact I am doing one of my favourite things at the end which is eat… and that lasts all of 5 minutes and then it’s gone. Maximum effort with minimum reward is not my style (don’t come at me with all the health benefits etc I know it’s not logic but it’s my logic). So that’s a goal for March for me to do better at.

Thursday | Week 6 | Snow Day!
In all of my years on planet earth, I don’t ever remember a time it was this cold and don’t even get me started on the snow (thanks Storm Emma + Beast of the East)! I had to take the Labrador to the vet in the evening and I was the only one there, with the exception of a spaniel and a little boy rolling around the vet car park (we don’t see snow often, it’s a novelty here). The Labrador also loves snow as much as that little boy… 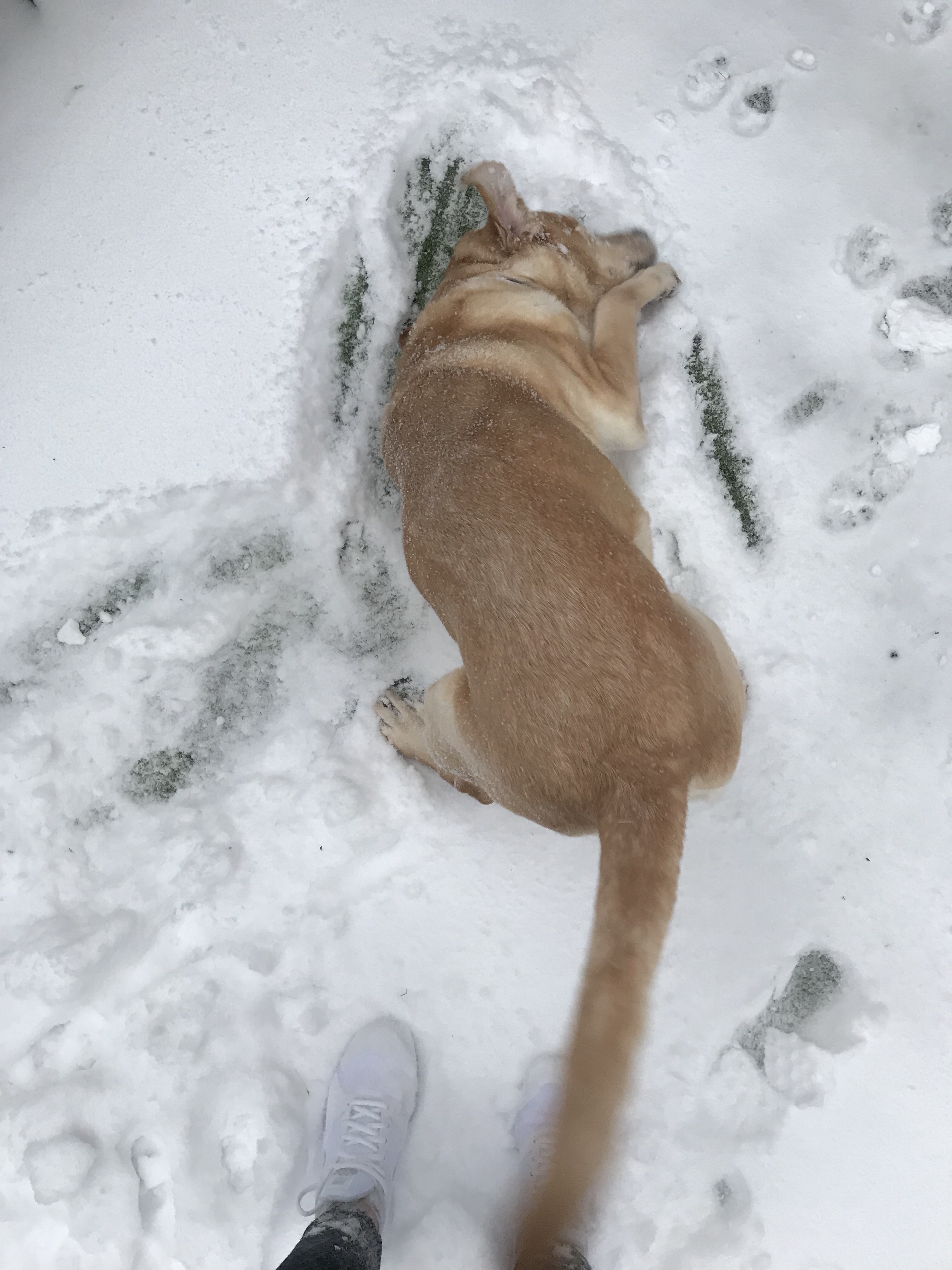 While today was never a planned workout day anyway, it was so cold, we got in bed with the electric blanket on and watched Netflix which was perfect. Oh and I also had to fix the loft hatch that flew down last night and scared the living days out of me and subsequently had cold air blasting down into the house all night!

Friday | Week 6 | Snow Day #2
Snow is such a novelty that I couldn’t resist trying to take some photos of my lovely new running shoes in it (I might not see any for some years!). Friday is usually a run day for me but there was no way that I was going out running in this…. although could have tried out the trail shoes that are too small for me, my toes may shrink in the cold and they may fit perfectly… or….? 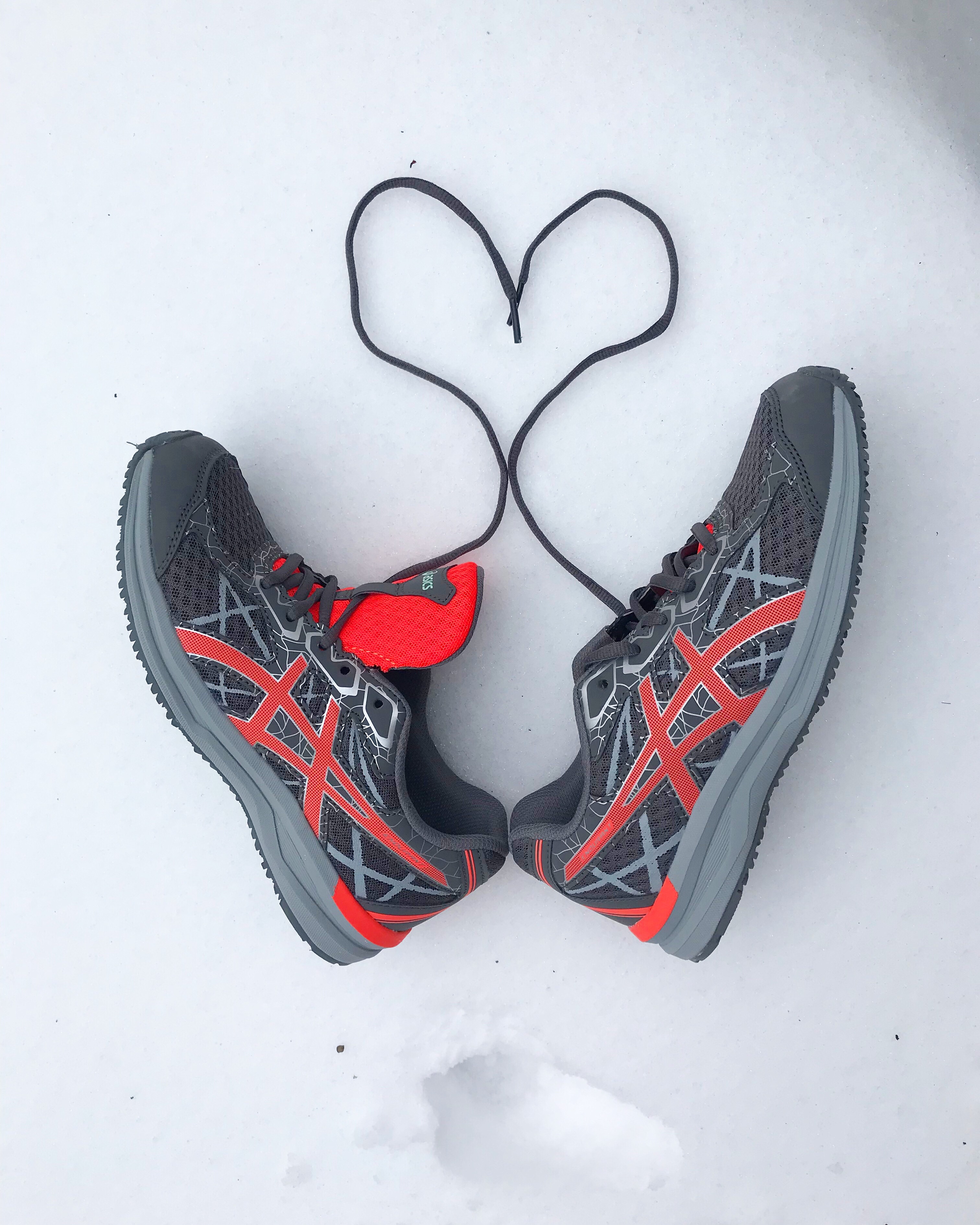 I didn’t leave the house all day which meant I also didn’t eat properly as I didn’t have enough food in the house which meant I couldn’t workout in the evening which means I suck! Apparently milk and bread and other essentials were out of stock in a lot of the shops (not that I eat either of those things) because everyone was panic buying.

Saturday | Week 6 | Snow Day #3
Snow. Is. Annoying. I went for a walk this morning to the shop to try and pick up some supplies but when I got there, it was closed! So I went home empty handed and only ate some chicken dippers and supernoodles all day #facepalm. Unfortunately I’m not the most forward planning kind of person which meant I’ve been super hungry all day and I’m THAT person that cannot workout unless I’ve eaten plenty. So I had yet another rest day today which isn’t ideal as I’ve only managed to get one cardio session under my belt so far this week. 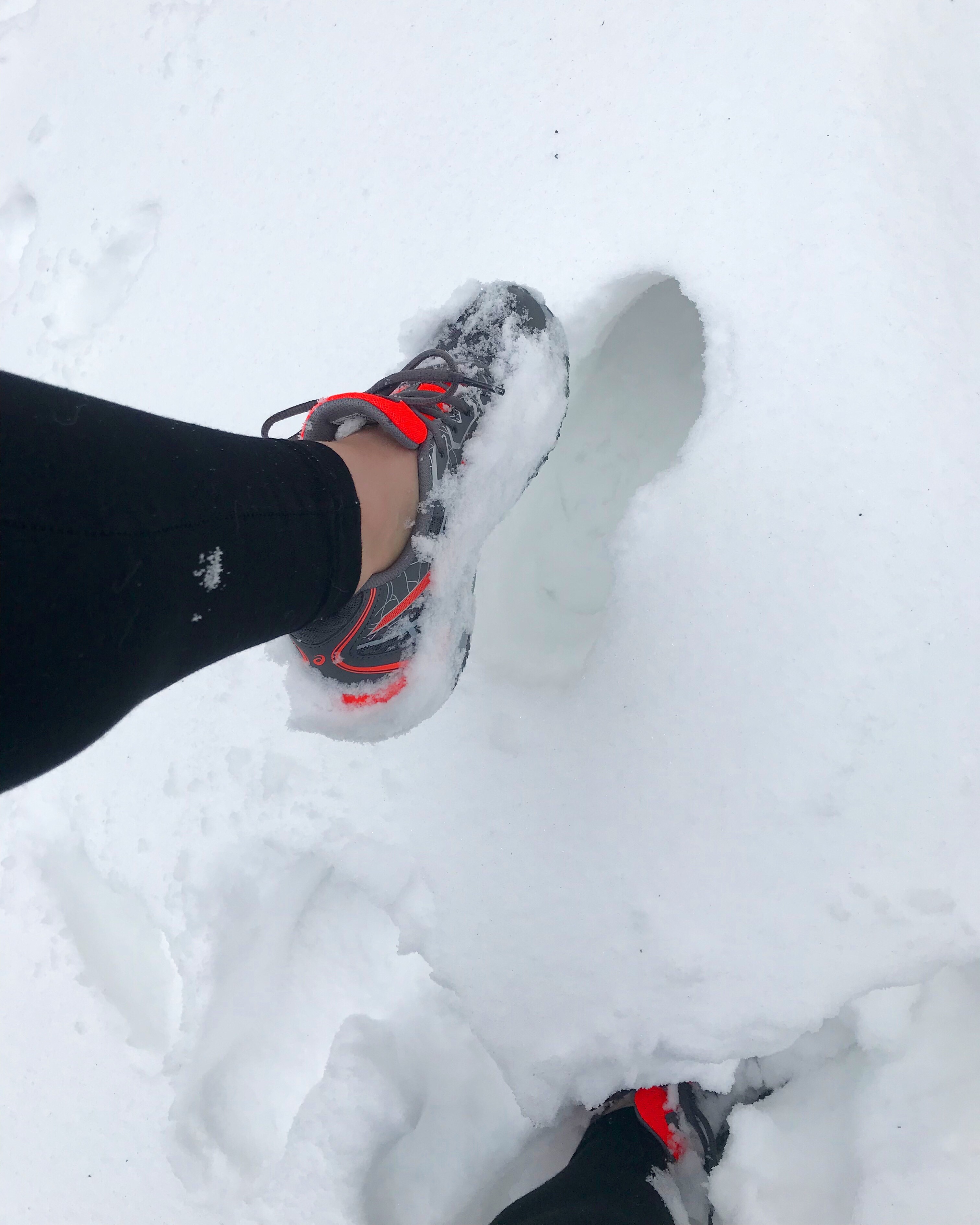 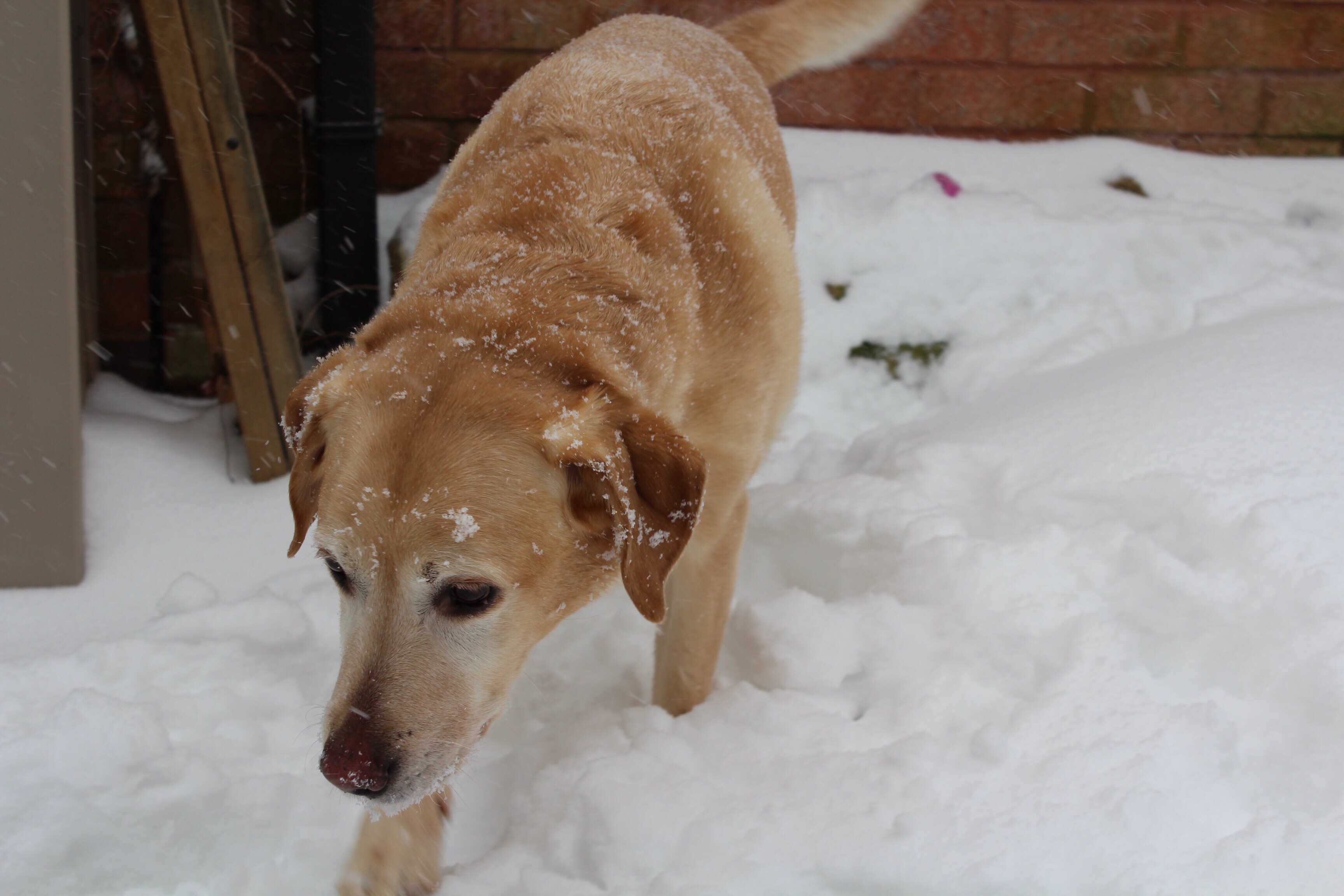 Sunday | Week 6 | Oh Gosh, it’s ANOTHER Rest Day
Although, to give myself some credit, I wasn’t ‘resting’ all day! I got up early and walked the Labrador in what is now just horrible slush after all of the snow and I’ve been working hard on Belle’s Running Blog things. I actually think I’ve been staring at the screen for far too long because a line, which I know is straight, is looking suspiciously curvy! This does mean that I’ve missed out on another workout day today though so I’m pretty disappointed in that. I still have the ‘food issue’ where I’m working my way through the cupboards of anything I have left which isn’t particularly nutritious. 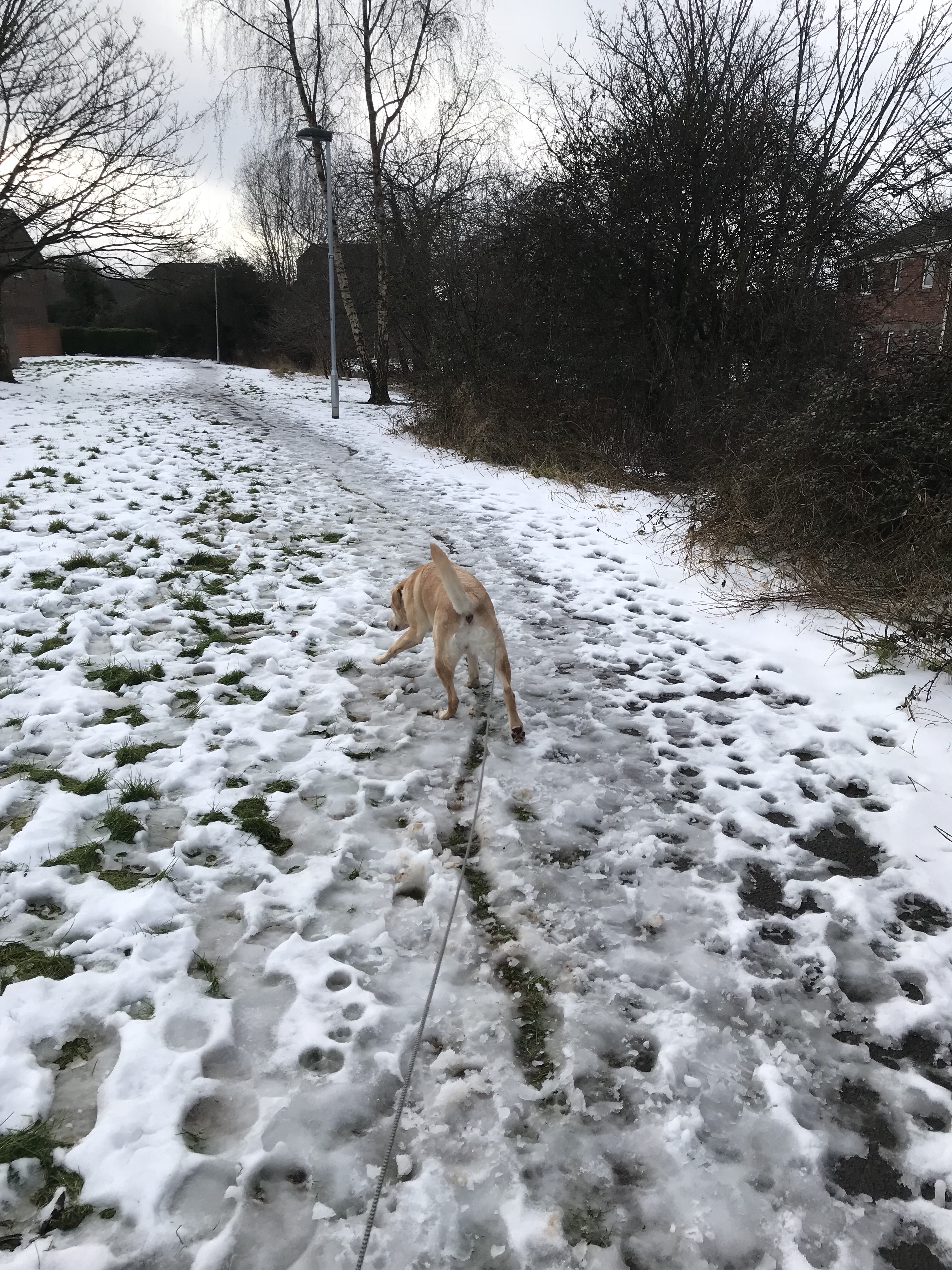 Weekly Summary
So I didn’t do too well on the running / exercising front this week but that wasn’t intentional I think it just required a bit more forward planning on my part and the snow didn’t help either as there was no way I was risking twisting my ankle! My next race is on the 11th March and it’s a nice close one. I’m actually really looking forward to this race, I feel like I might be able to pull a decent time out of the bag (I’ve gone and jinxed it now haven’t I!).

How was your training week this week? Did the Beast of the East stop you from getting out and running?