The race starts on Street Road and heads towards the Town Centre. At the top of the High Street, the route turns left and proceeds along Wells Road, sweeping past the cemetery. At the 3k point, the course turns right passing the hospital and left onto the lane that loops the back of the Tor. At the far end, the course turns right up the Old Butleigh Road (aka Heartbreak Hill) onto the deceptively long finish line. 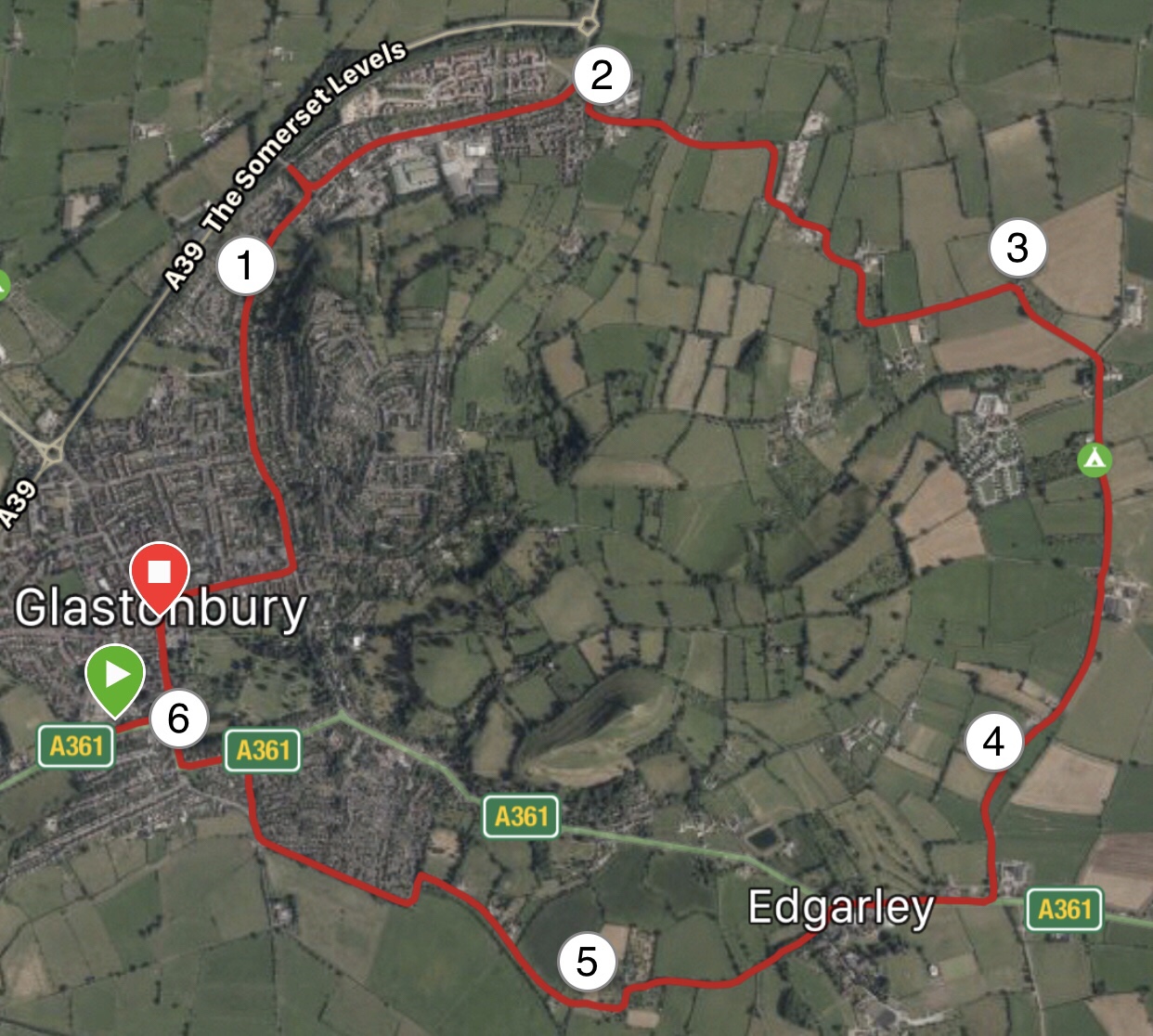 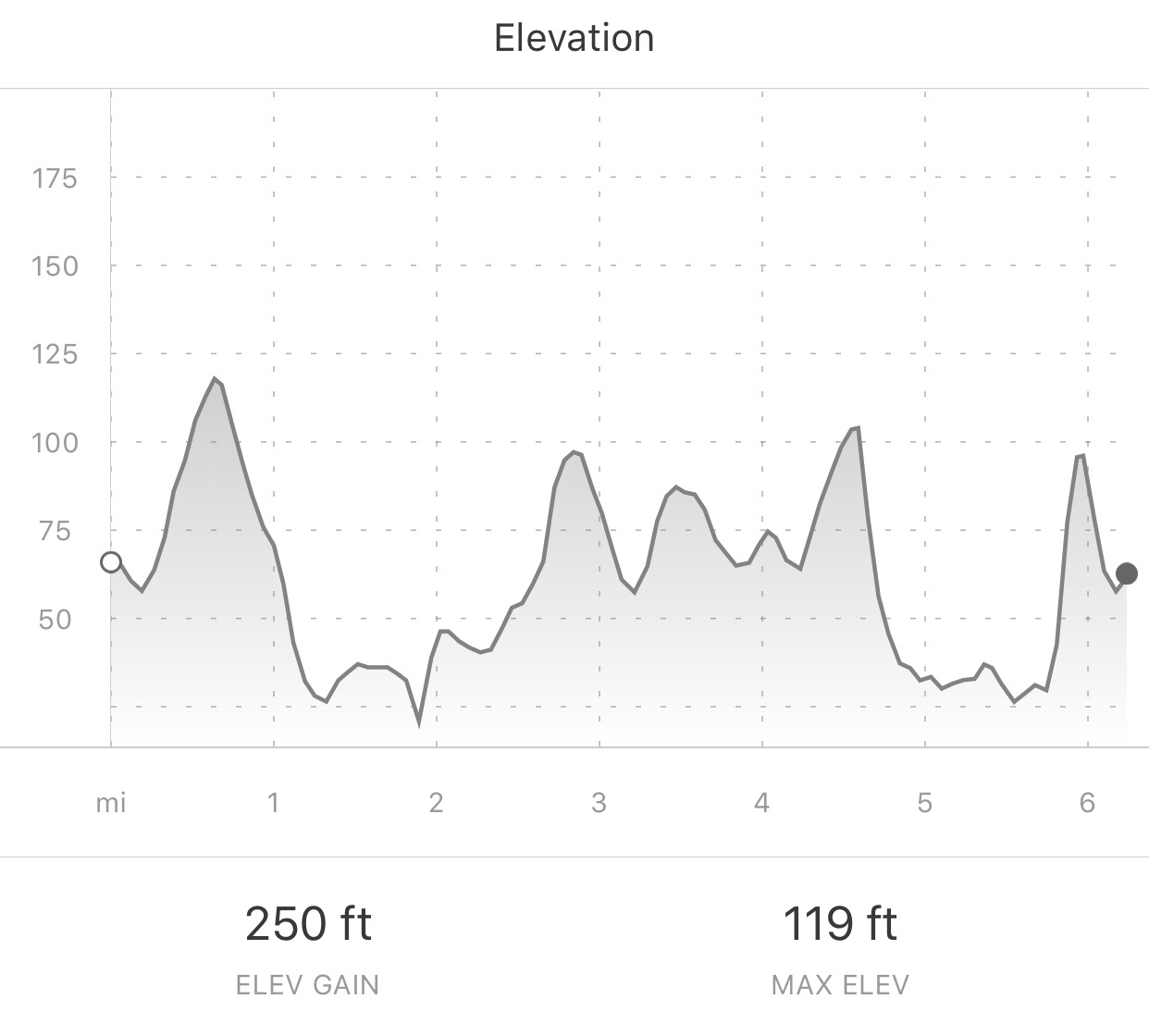 This is the 36th road run, originally held around the Tor in 1981 over a 5.69 mile course. Since it began, the only year it has not been held was 2004 due to the foot and mouth outbreak. The race starts and finishes within a stones throw of the alleged burial place of King Arthur in the grounds of Glastonbury Abbey, a ruined monastery dating to the 7th century.

Evidence shows that the town has been inhabited since Neolithic times when flint tools were recovered at the top of the Tor.

Glastonbury originally went by the name of Glestingaburg and the Tor is topped by St. Michael’s Tower.

Race Aces
Great atmosphere. I think this is what keeps people coming back time and time again to this quaint race around the countrylands of Glastonbury.

The race medal and t-shirt are good quality and you can’t complain they aren’t bright, when the t shirt is neon orange!

The Round the Tor route takes you mostly around scenic country roads and there’s plenty of wildlife to spot as you’re going around and the race is chip timed.

Free race photos! Yay, who doesn’t love free race photos. But also, who ever looks good in their race photos? If you’re one of those people message me immediately and let me know how you do it! 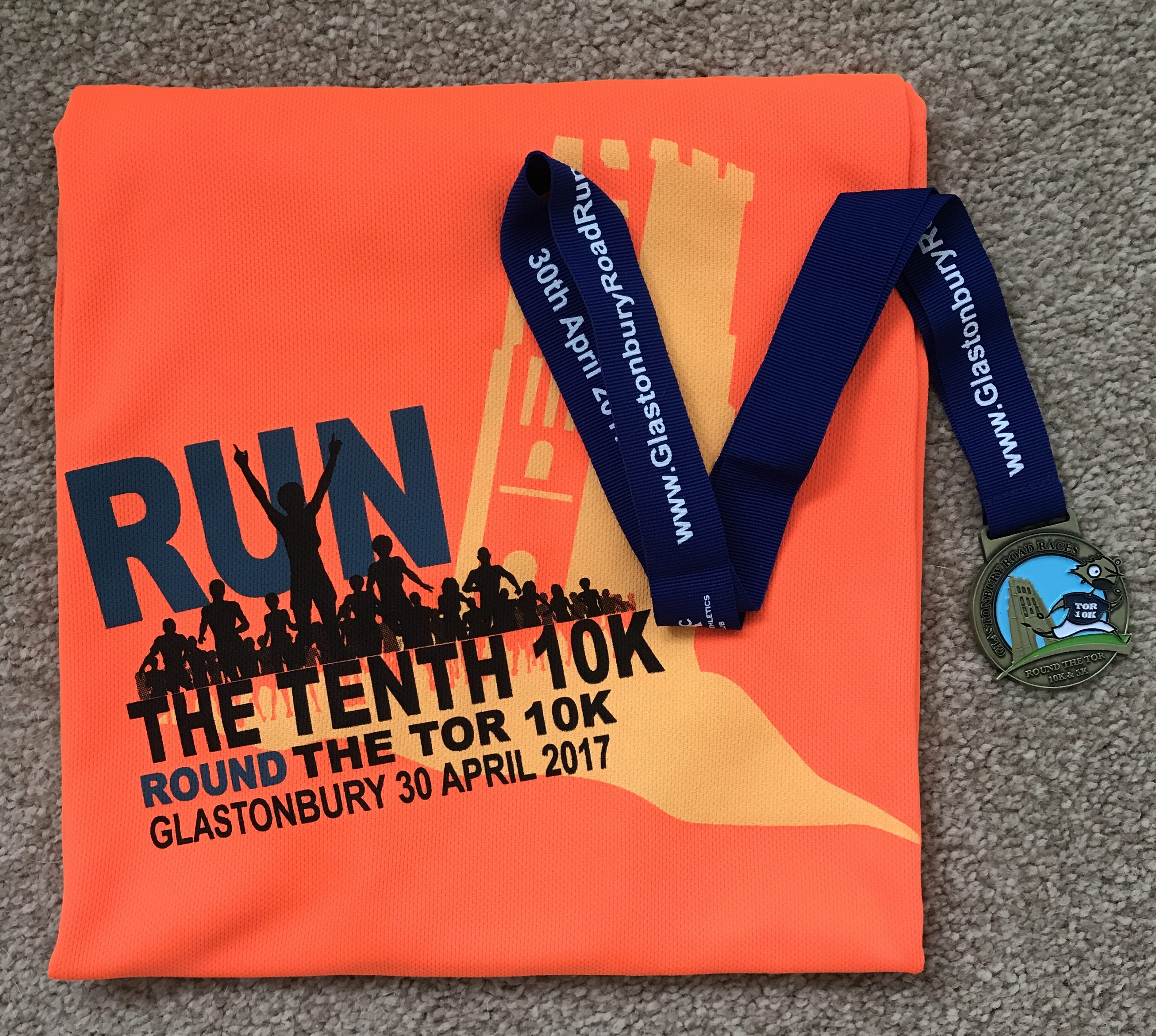 Race Unlaces
There’s no parking directly at race HQ and there’s about a 15 minute walk to the start line which you should probably consider your warm up.

This is not a flat course and they’ve thrown in some nice hilly hills for you to enjoy.

Headphones are discouraged, the course is on traffic free roads, but you must be able to hear marshals and your surroundings.

If you love regimented, start-on-time races then this probably isn’t for you. We arrived in plenty of time at the Town Hall to collect the race bibs and t-shirts, however, there were a lot of people who hadn’t collected theirs yet and they delayed the start of the race by around 10-15 minutes to give everyone a chance to congregate at the start line. This is a much more chilled out race than, say, Bristol. 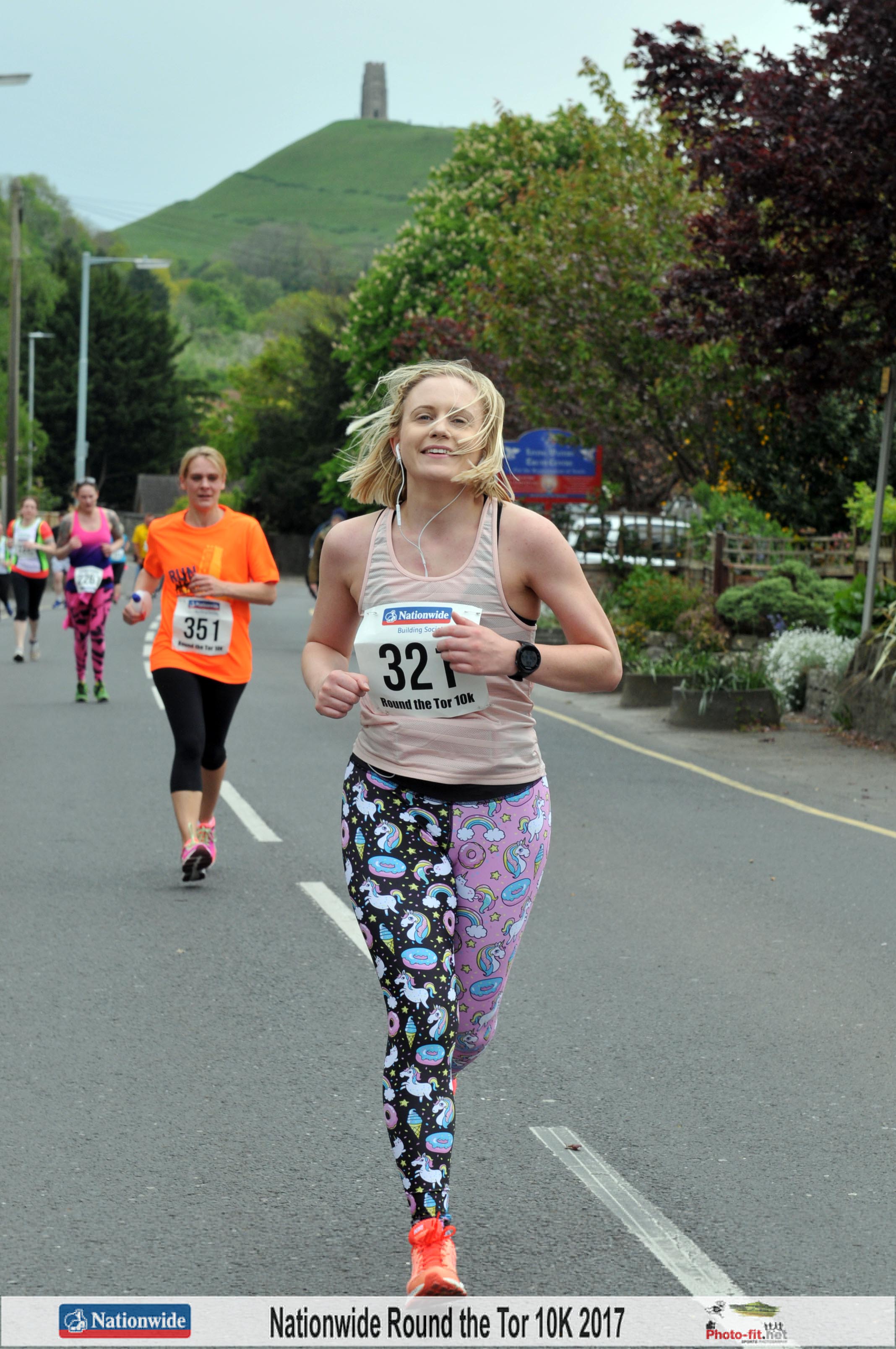 Conclusion
This was my first ever ‘proper race’. I was already training for the Bristol Half Marathon in the September and thought that this would be a good gauge of where I was in my training. I was aiming for under the hour but considering it was a fairly hilly course and a bit of headwind, I’m pretty pleased with this result.

Even though the race was mostly on closed country roads and a little lonely at times there was great support all the way around. Lots of residents had come out from their houses and were cheering on runners as they went around.

There’s also quite a lot for spectators to do and runners once they’ve completed the race. There were lots of activities and entertainment going on around race HQ (and obviously I saw a lady in a dinosaur onesie).

Would I run it again? For sure, I’m already signed up again for 2018’s race and I think it will be bigger and better than 2017 I can’t wait! 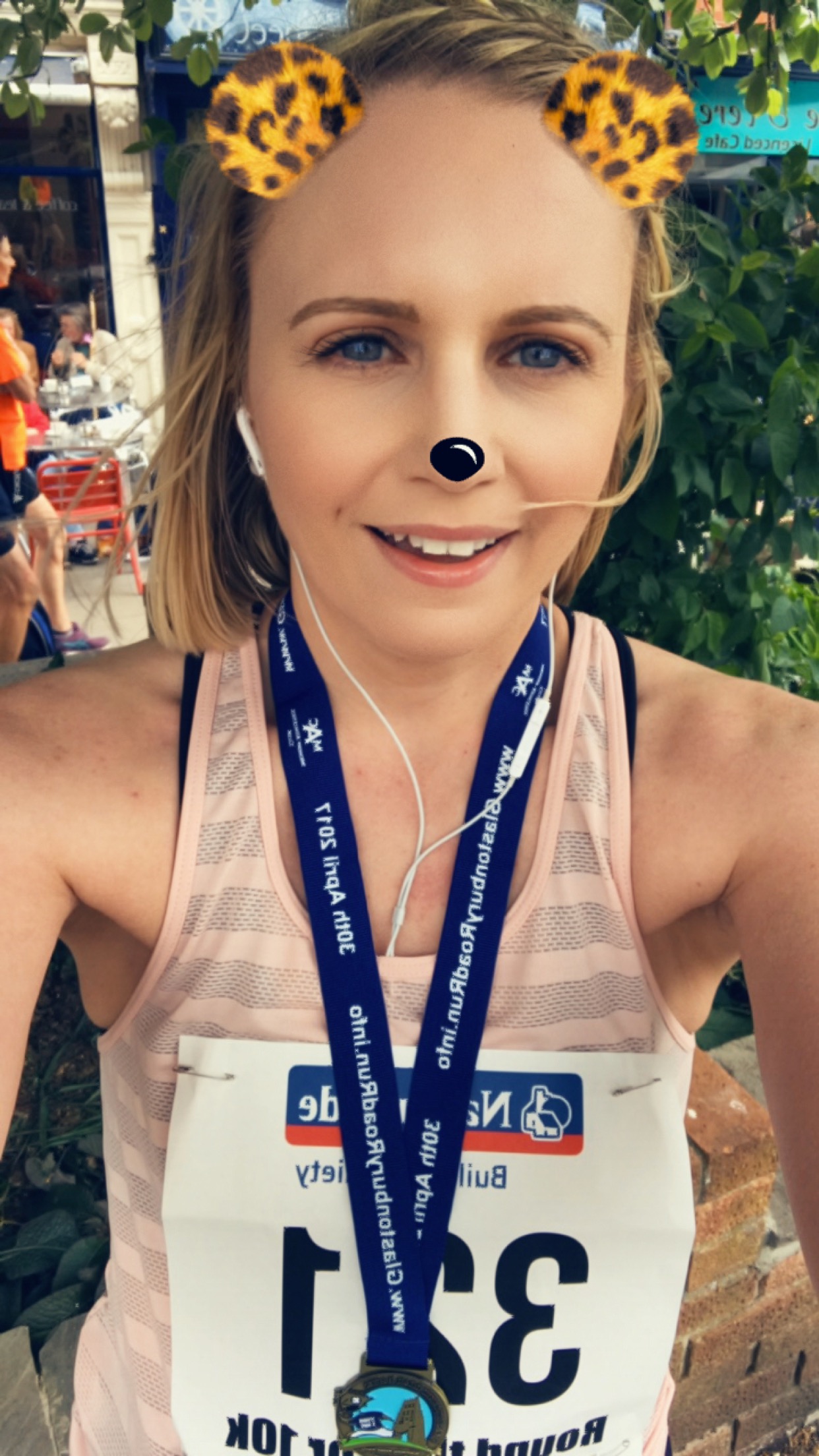