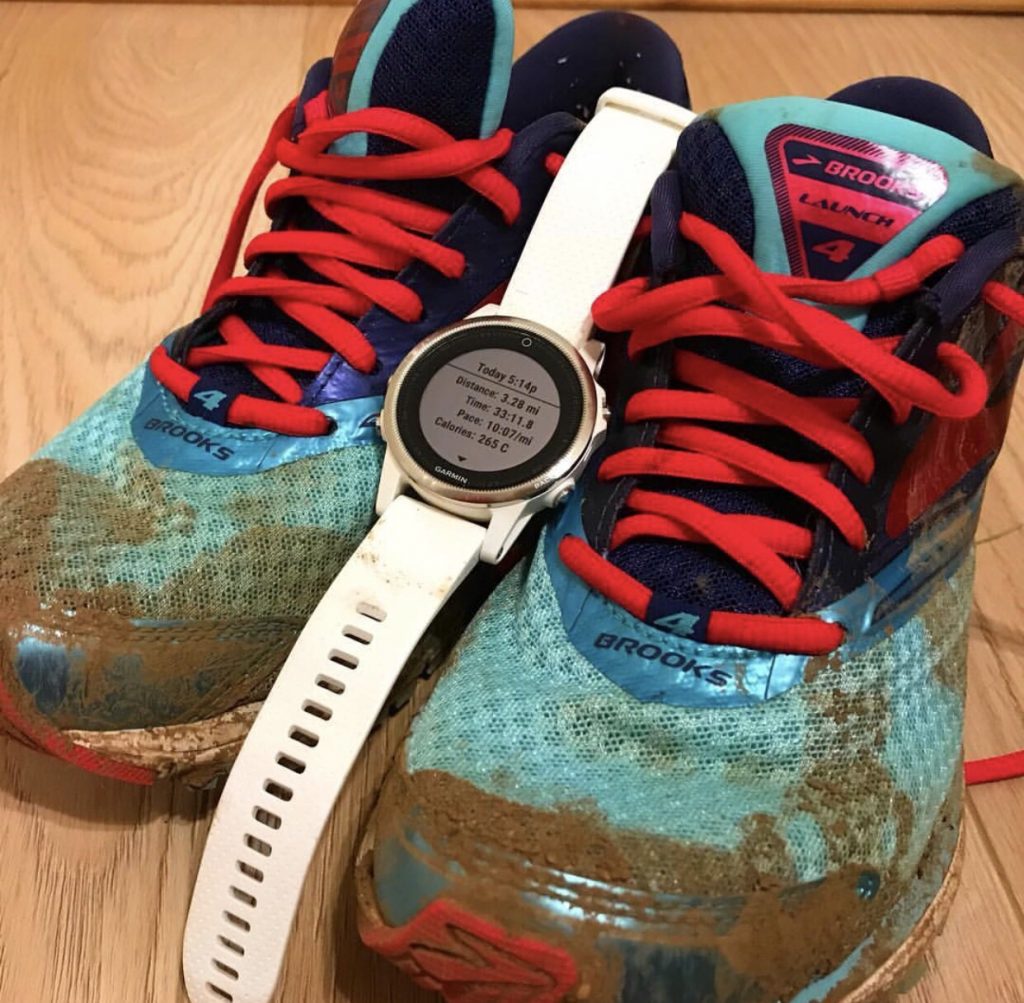 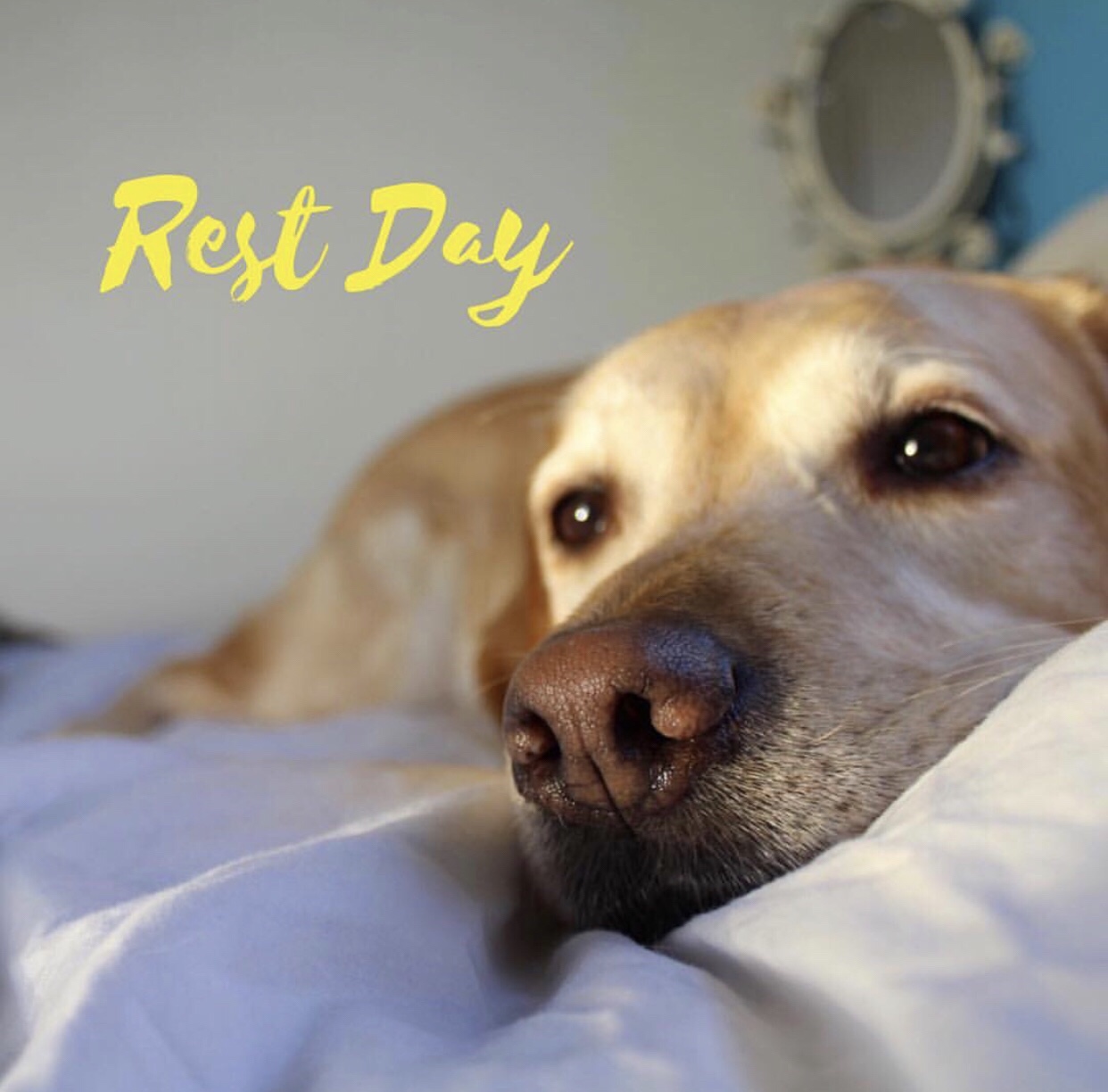 Tuesday| Week 3 | Interval Training 3 Miles
Today I hate running! I decided I needed to up the training a bit as I’ve been doing far too many ‘easy’ runs and incorporate some interval training. I did 3 mins warm up, 1 min easy/ 1 min hard, 2 min easy/ 2 min hard, 3 min easy/ 3 min hard x 2 and the remainder was a cool down jog. I do love pushing myself, however, the inside of my legs were agony the entire run but I did push through it. Not only that, my running shoes that I’ve had for 6 months are still super uncomfortable and rub the back of my heel so I was bleeding everywhere too (I’ll be honest, I think it’s slightly too big a shoe size).

I feel absolutely defeated. In 2017 training was going well up until around June time and then I was plagued with plantar fasciitis and pain at the back of my knee and down my leg. It meant that I really couldn’t push myself in training and didn’t improve from there on out.

Fast forward to today… I’m signed up for Glastonbury 10k, which was my first race of 2017, in May and it’s looking like I won’t even make a course PB even after a year of training.

For me, improving on my times is one thing that keeps me going. If I can’t improve then I’m just plodding along!

After today’s run I spent a long time stretching out followed by a bath and I’ve gotta say, I’m still in pain 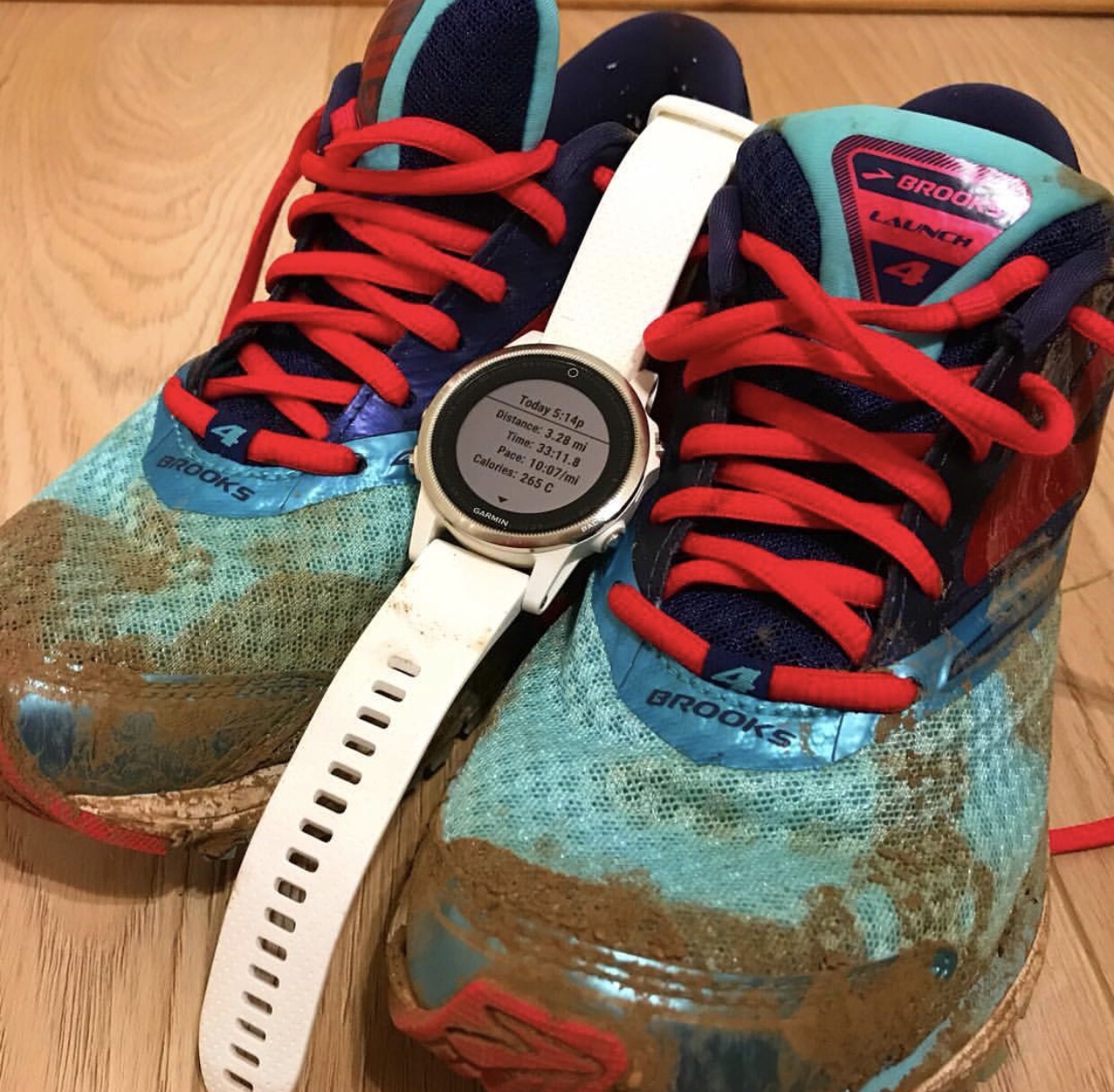 Wednesday| Week 3 | Rest Day
Feeling pretty sorry for myself today. The pain in my legs is still there and I actually couldn’t think of anything worse than going for a run.

Thursday | Week 4 | Rest Day
Another rest day, I’m STILL in pain! I’ve been thinking a lot about how I’m going to move forward with running seeing as I’m only into week 3 and already I’m in a lot of pain and I’m nowhere near up to doing any kind of long run yet. I’m not sure what to do for the best…. I guess I really need to see some kind of sports therapist, however, they’re so expensive that I’m reluctant (and broke) to be able to afford to go at the moment. I’m wondering if I need new running shoes (even though I was properly fitted for the ones I have now but clearly they aren’t doing me any favours). If I bought some proper insoles would that do the trick?

The last time I went to a physical therapist was the beginning of last year when I had an AirHop injury which had persisted for nearly a year (while trampolining I flicked my leg out and felt something go at the back of my knee). They did every movement possible to find out what might be causing the pain but couldn’t and suggested that I strap up the back of my knee for races for a bit of stability. He also told me that I have a high arch under my right foot in particular and that I have hyper-extension in all of my joints, which is probably how my knee injury occurred in the first place, and that I shouldn’t overdo stretching as this could lead to further injury.

So here I am. Stuck between a rock and a broke place. Do I just suck it up and pay for a PT until I’m confident I’m on the mend? Do I cross train (I have this spin bike at home which got me through my knee injury and kept my fitness up)? Do I ditch my expensive running shoes and get new ones? Or do I just abandon running altogether??

Friday| Week 3 | Rest Day
I’ll usually run on a Friday but that was just not happening for me today! I’d planned to do just a few minutes on the bike but I was so exhausted from a week of bad sleeps that I decided I’d skip it. I’m also still sulking over my ‘injury’. 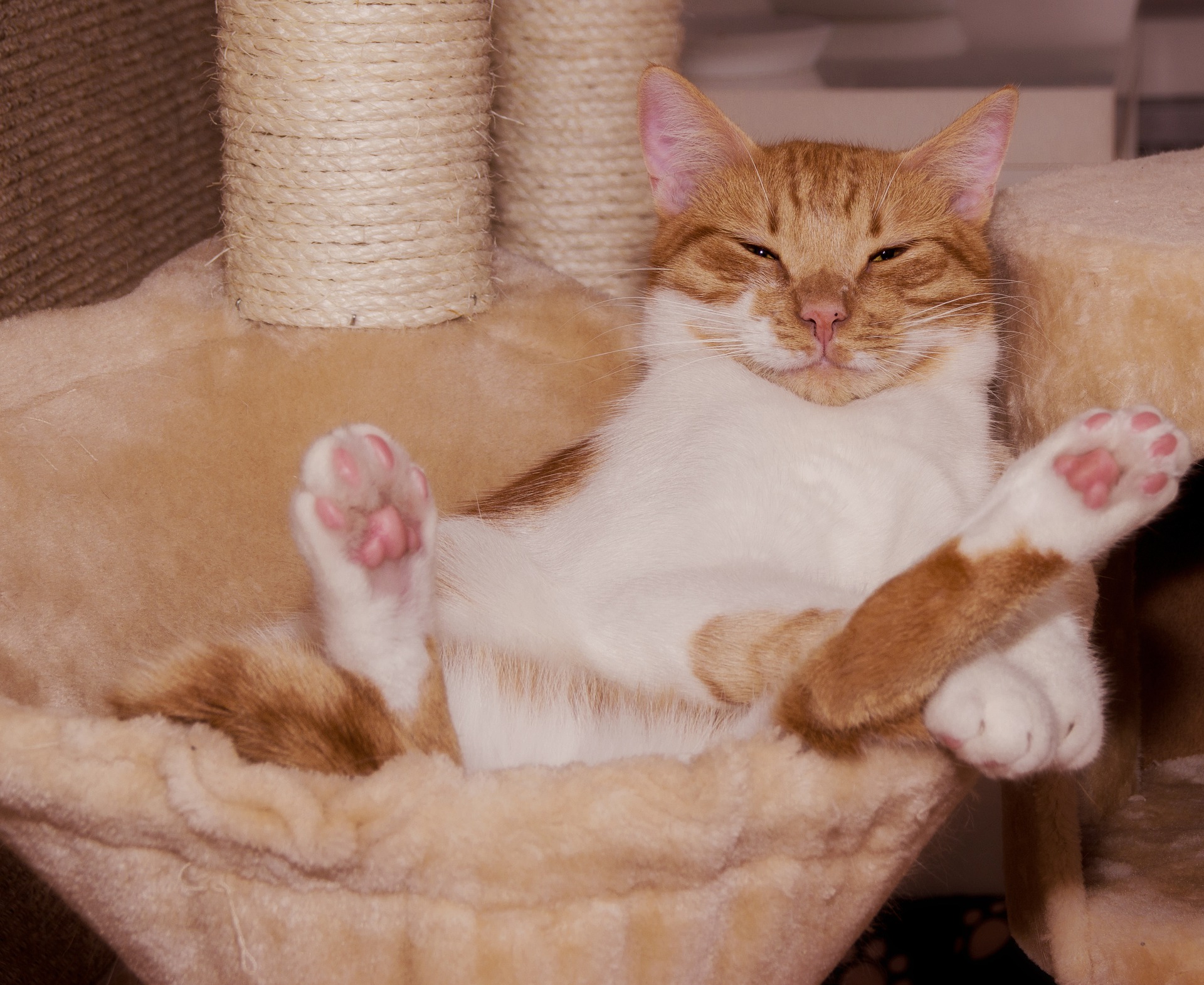 Saturday | Week 3 | Rest Day (yes another one)
Still feeling down about this whole injury business, I’ve pretty much convinced myself that I’m going to get to a Physical Therapist in the next couple of weeks. I need to get this sorted out ASAP, I’ve got a half marathon in 8 weeks and if I can’t train enough for it I’ll be devastated! #TakeAllMyMoney

Sunday| Week 3 | Race Day ~ Bath Skyline 5k
Whoop it’s another race day! I don’t know why I do it to myself…. last year I did two races from the same series (Killerton and Cheddar Gorge) and I found them really tough so I don’t know why I thought that Bath Skyline would be a good idea. The race description is ‘hilly, narrow and technical underfoot, this is one of those races you should be taking in the splendid scenery but will probably be too busy trying not to take a tumble’. 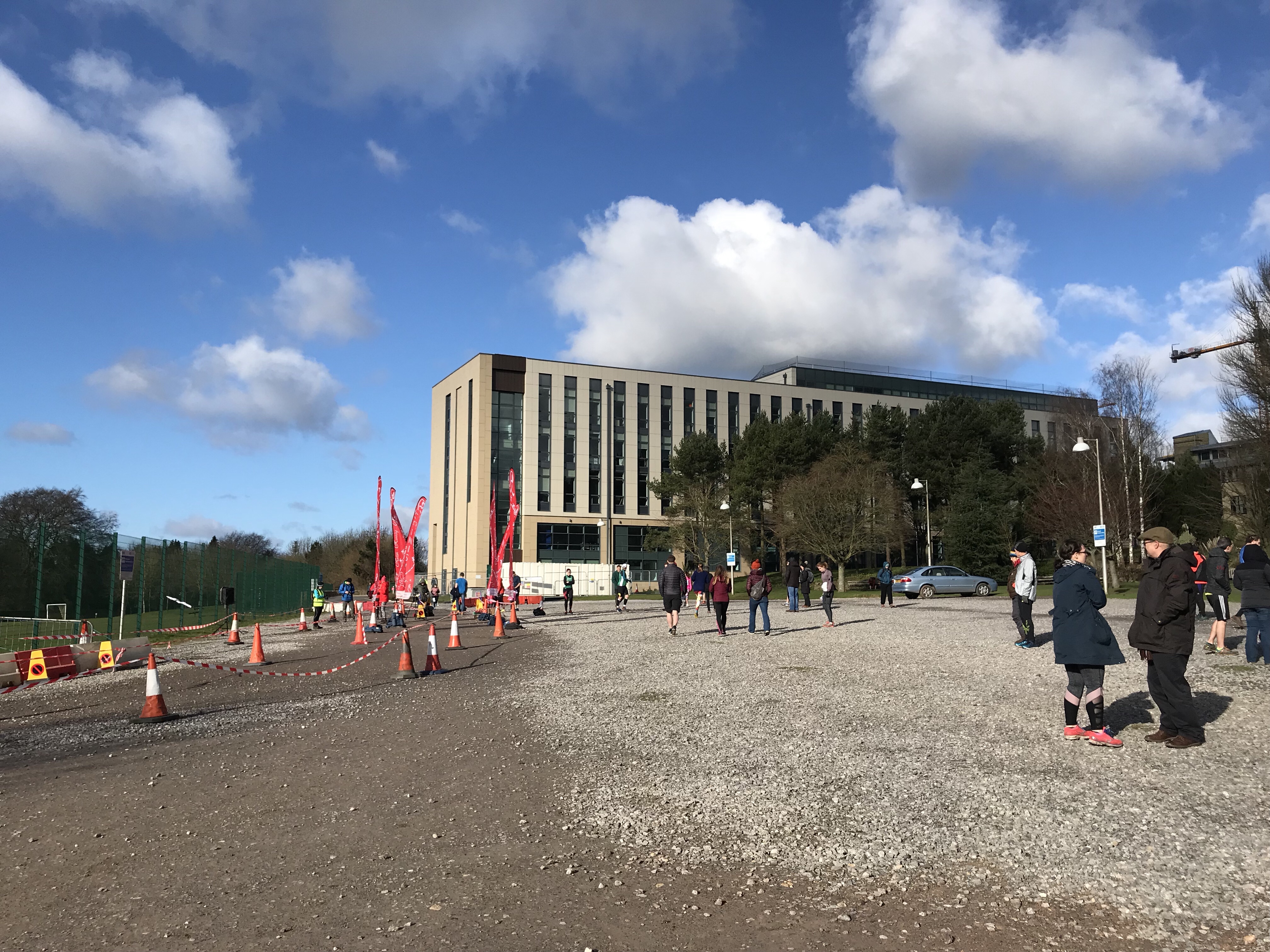 I was under no illusion that I was going to stay upright for the entire race. I fell over on the steepest hill on the final stretch of Killerton… myself and a couple of other people were stood at the top of the hill looking down and I joked ‘what’s the best way to get down, roll down?’. Turns out… I did roll down… right in front of everyone. But I didn’t care, if I got down there faster that was all I cared about I just wanted it to be over.

Then there was Cheddar…. probably the most difficult course I’ve ever navigated. It was very wet, muddy, steep and slippery underfoot. There were so many times I nearly fell over but I did manage to stay on my feet but another runner did make a comment to me that I ‘should be running’ when I was steering myself down a steep hill which was muddy, with wet leaves covering stony ground in woodland (which I thought was kinda rude if I say so myself). 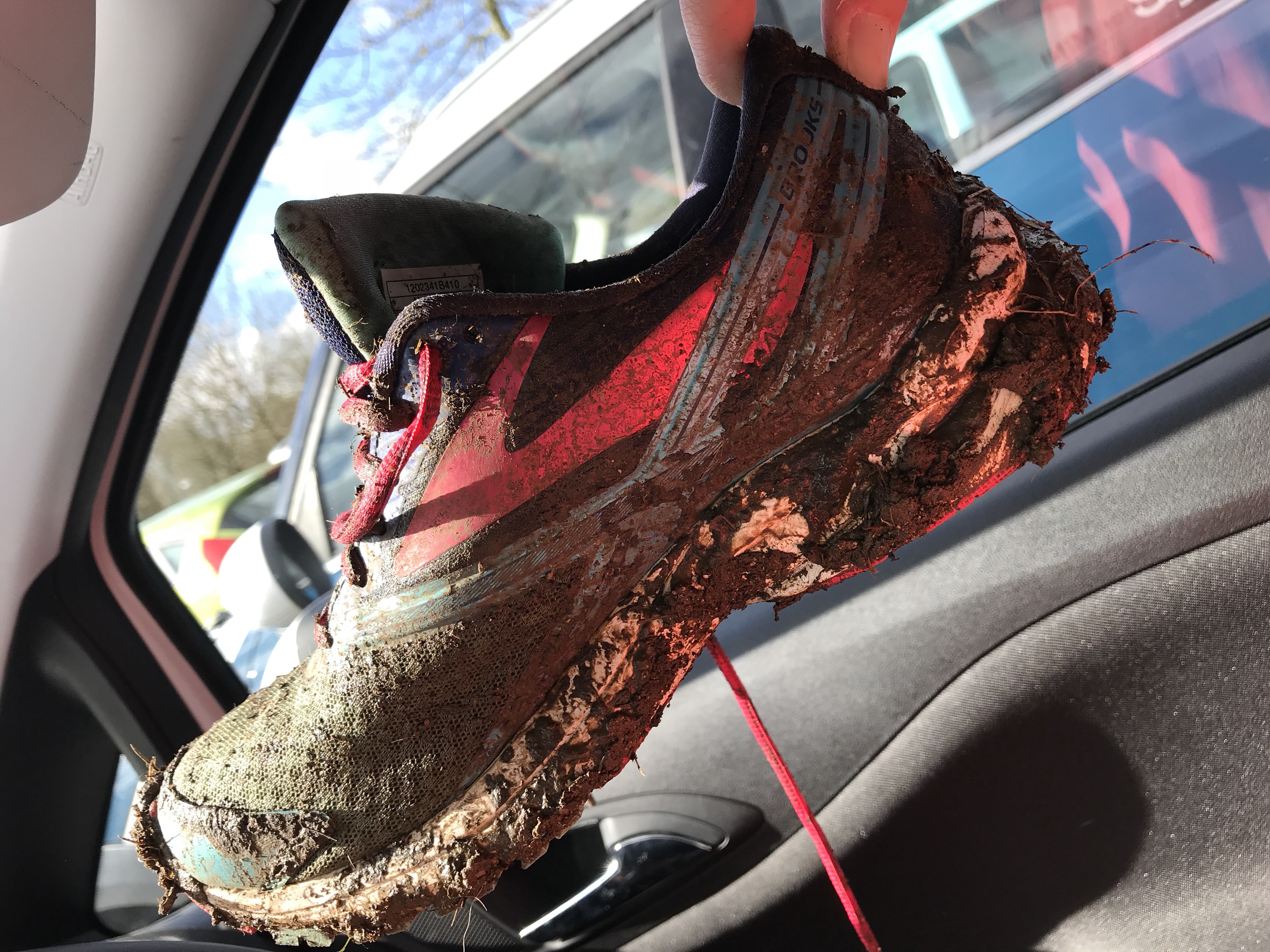 It’s a good job I’m not fond of these running shoes!

Anyway, back to Bath Skyline! Because of the two races mentioned above, I suspected that Bath Skyline would be pretty much the same… and it was. I was originally signed up for the 10k which would have been the same route twice but I was really not feeling the whole trail vibe this morning so I asked if I could go for the 5k instead. Luckily there were some spaces left and I felt a bit better but still kinda anxious. What was I doing?? I’m not a technical runner! I do, however, love running trails. The views on trails are like nothing you’ll ever see on a road run and this one didn’t disappoint, the views at the top were stunning even if I did have to fall over twice to see them. 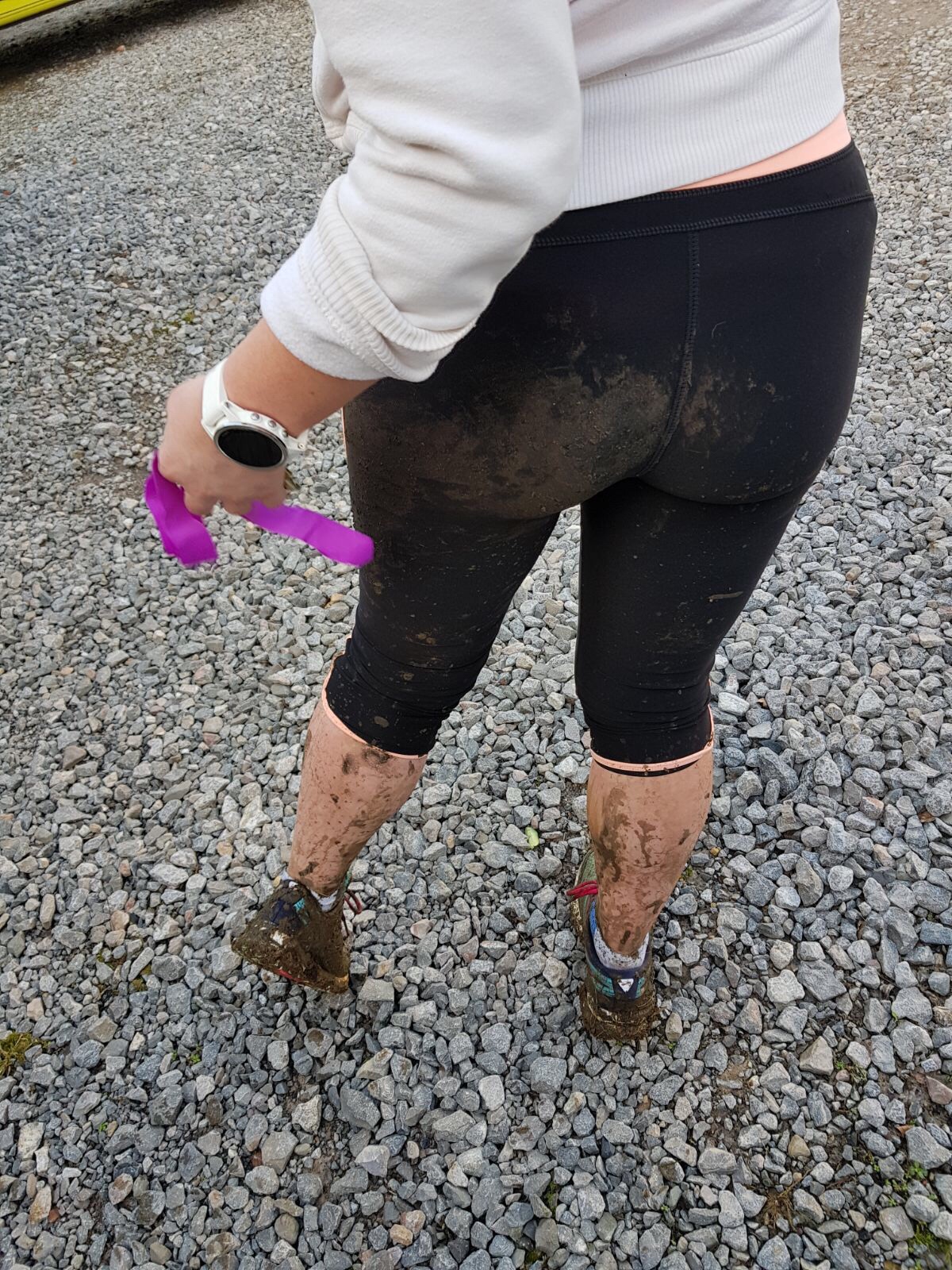 This is why I wore old clothes and cropped leggings

Moving on to my fall, I was sort of running with a couple of other people that were keeping a similar pace to me, but when we got to the really muddy parts in the woodland I just knew I was going to fall over. I even said to them ‘I’m determined to fall over’ as I was sliding around all over the place. And what do you know, the very next second I slipped right over. They asked me if I was ok which was kind of them, and then just a moment later I was on the ground again. One of them offered to help me up which, again, was very kind but I’d got myself into this mess I had to get myself out haha! I can verify that I already have a giant bruise all down my left hand side so this race is just going to keep giving… 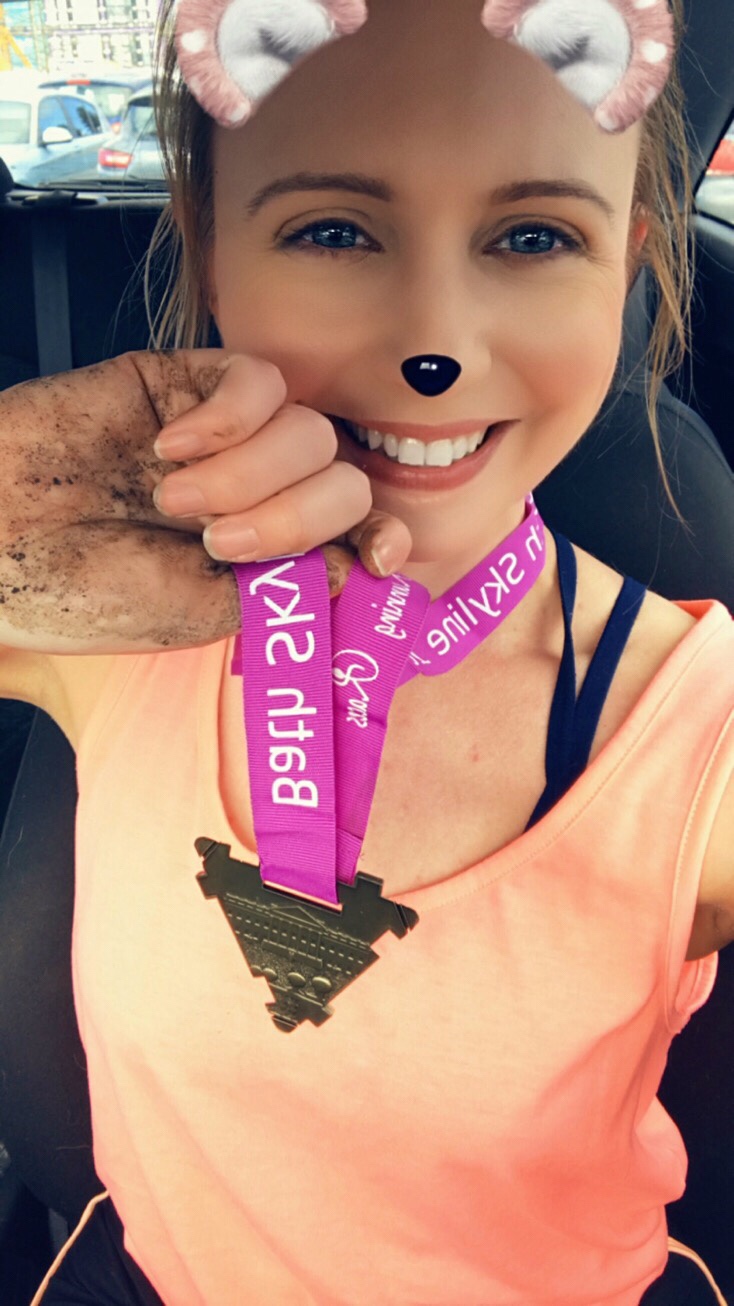 Would I run this again? Nope. But did I enjoy this race? Also nope (just kidding I did a little). Note to myself: please do not sign up for any more races like this!