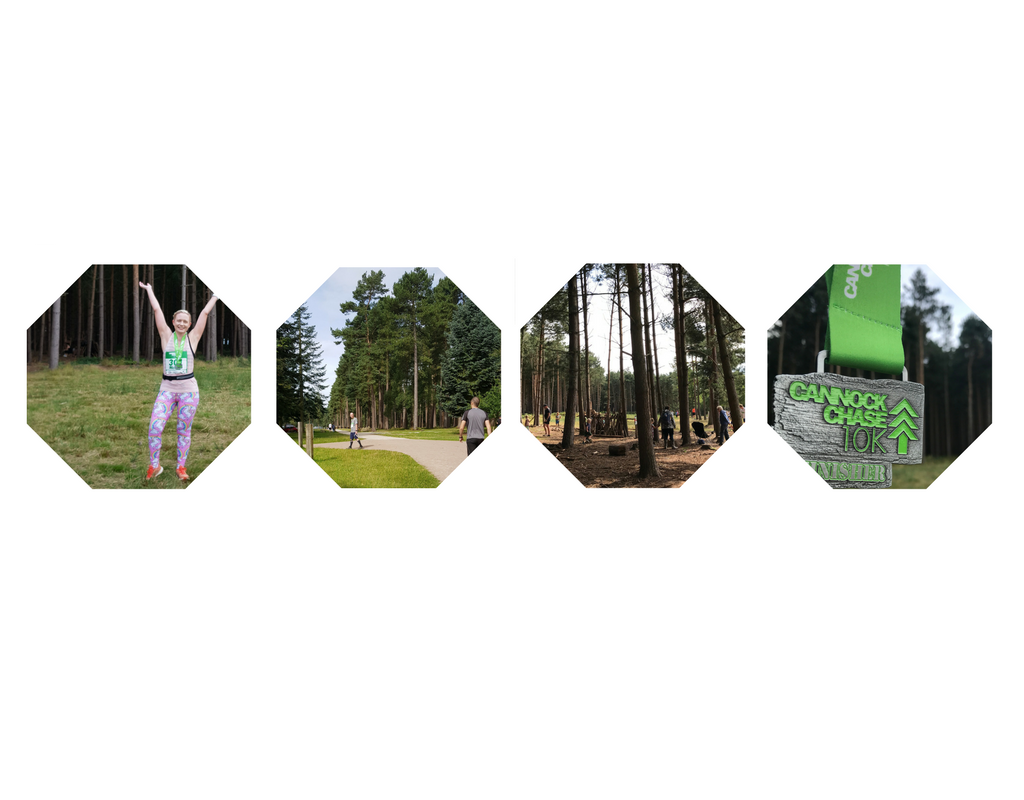 The 2017 race saw the 4th Cannock Chase 10k event. Based in the Area of Outstanding Natural beauty of Cannock Chase. No concrete, no traffic; just nature, woodlands and peace. The course is entirely off road. The race starts on a field at Lady Hill Coppice where you’ll begin your run through the forest. You’ll join the Fairoak trail and run through Stony Brook and past the Stony Brook Pools where you’ll cross a stream. Don’t worry, there are big stepping stones for those of you who wish to avoid wet feet (I was a wuss and didn’t run through it but I absolutely loved this part of the race, I felt like I was on a ‘proper’ trail run). From here you’ll run up to the top of Jockey Hill and run parallel to Marquis Drive. Then you will loop around and down to the Fairoak Pools, watch out for the fishermen. You’ll then race uphill for a quick loop before returning to the Fairoak Trail and back through Stony Brook. Keep an eye out for the Go Ape Forest Segways. Then comes the final climb back to Lady Hill Coppice ~ Race description from official website 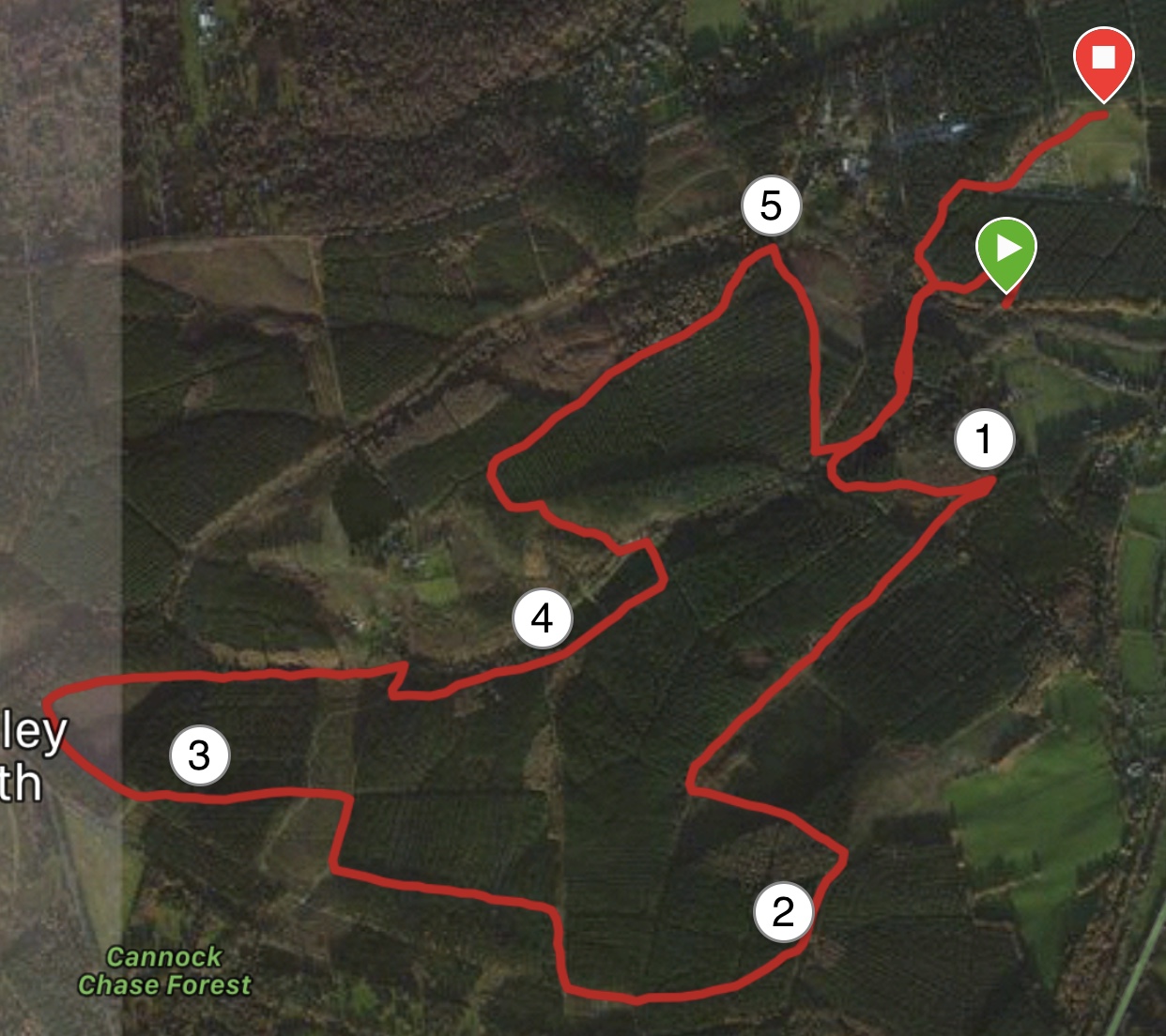 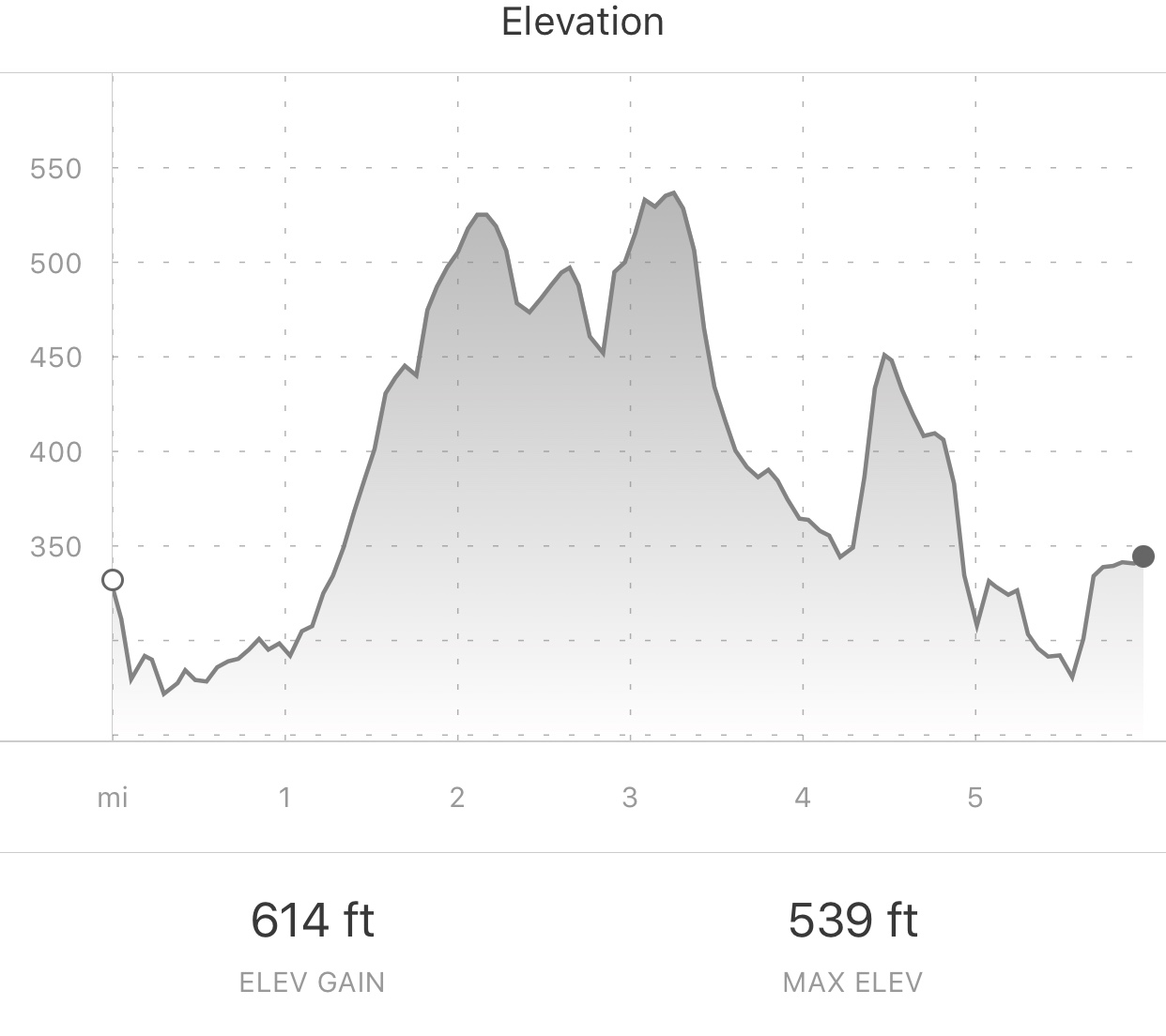 Facts about Cannock Chase
Cannock Chase is an area of countryside in the county of Staffordshire. It’s best known for its open heathland, pine forest and its mining and military history (the Chase has several war memorials including German and Commonwealth war cemeteries) which stretches back several hundred years. Cannock Chase was designated as an Area of Outstanding Natural Beauty in 1958 covering 26 sq mi and is part of the Forestry Commission.

The area gained notoriety in the late 1960s when the Cannock Chase murders made national headlines; the remains of three young girls were found buried on the Chase after going missing.

Sightings of Werewolves, UFOs and Bigfoot have appeared in the local press, however, no conclusive evidence has been produced so keep your eyes peeled for any of these!

Incredible scenery. I’m a bit of a photography nut and take photos of everything; it was so beautiful I had to stop myself from having a quick ‘photo break’ every other step!

Free and easily accessible parking. You can see race HQ from the parking spots

This is a personal favourite of mine, when you’re running you can hear the sound of the gravel trail underfoot. This area is so quiet is was mesmerising just listening to everyone’s footsteps.

Even though this race is trail, it’s mostly gravel which was nice and clean. I didn’t come away from the race (as I usually do on a trail run) with muddy shoes.

I didn’t wear trail shoes on this course and I felt that, personally, I didn’t need them

Race Naw-somes
I’ll be honest, I loved every second of this race and in my opinion there was nothing bad about it. But for the sake of fair criticism I’ve come up with a few downsides of the race

You are not permitted to listen to music while running. However, I believe that this would have totally ruined the race for me had I been listening to music.

Even though you are running entirely off road, the race is still open to the public and there were people walking around many of the trail routes and there were a lot of mountain bikers. This also meant that you had, at times, random spectators to cheer you on which is always a bonus

If you’re not into that kind of thing, the elevation was crazy and it was hill after hill. At times I couldn’t even attempt to run as it was just too steep (but I don’t mind this at all)

There isn’t much for any spectators that may come with you to entertain them. Because you’re in a giant woodland area, it’s beautiful and you can walk around for hours, however, if the weather wasn’t as pleasant as it was on the day I raced, you might find some fair weather spectators hiding out in their cars

As there was only one road in and out to leave the Cannock Chase, the traffic was a bit manic when it came to leave

Conclusion
Where do I even start with this race, I absolutely loved every single second of it and it ended up being my most favourite race of 2017. Even though this was a bit of a trek for me travel-wise, I would have travelled there the next day to do it all over again. The views were just like nothing I’d ever seen before on a race and I could have hung out there all day (I was lucky, it was a sunny day!).

I mentioned that there’s not much for spectators to do at race HQ, I think that entirely depends upon what their interests are. You’re in the middle of a giant field in the middle of nowhere and you can’t leave the Chase to go anywhere else.

One of my favourite parts of the race was when you go past the lake and the fishermen, I just had to stop here and take a cheeky photo (who cares about race times when you’re in a place like this right… I’m probably the only one that holds this opinion).

The medal was just awesome, it was well made and I enjoyed the design which has the Cannock Chase 10k tree logo on it. While I thought the race was good value for money (because I just loved it), you get the medal and a goodie bag and have to pay for a race t-shirt if you wanted one, being totally honest, you could have run the same route alone, but let’s face it, it’s not the same!

Would I run it again? Absolutely, without hesitation heck yes. This for me is the race that all future trail races I run have to live up to. Compared to some trail races that I’ve raced in 2017, the ground is very uneven and I often have trouble staying upright, but this was nothing like that. I loved the little stream that you cross near the start and I must have nearly had a smile on my face the whole way around (I’m weird like that).

So if you’re looking for a trail race as a beginner I highly recommend the Cannock Chase 10k. The trails are on even ground for the majority of the time and you won’t have trouble finding your feet (but you might find they’re wet if you go through the stream at the beginning).